How John Roberts sold us out 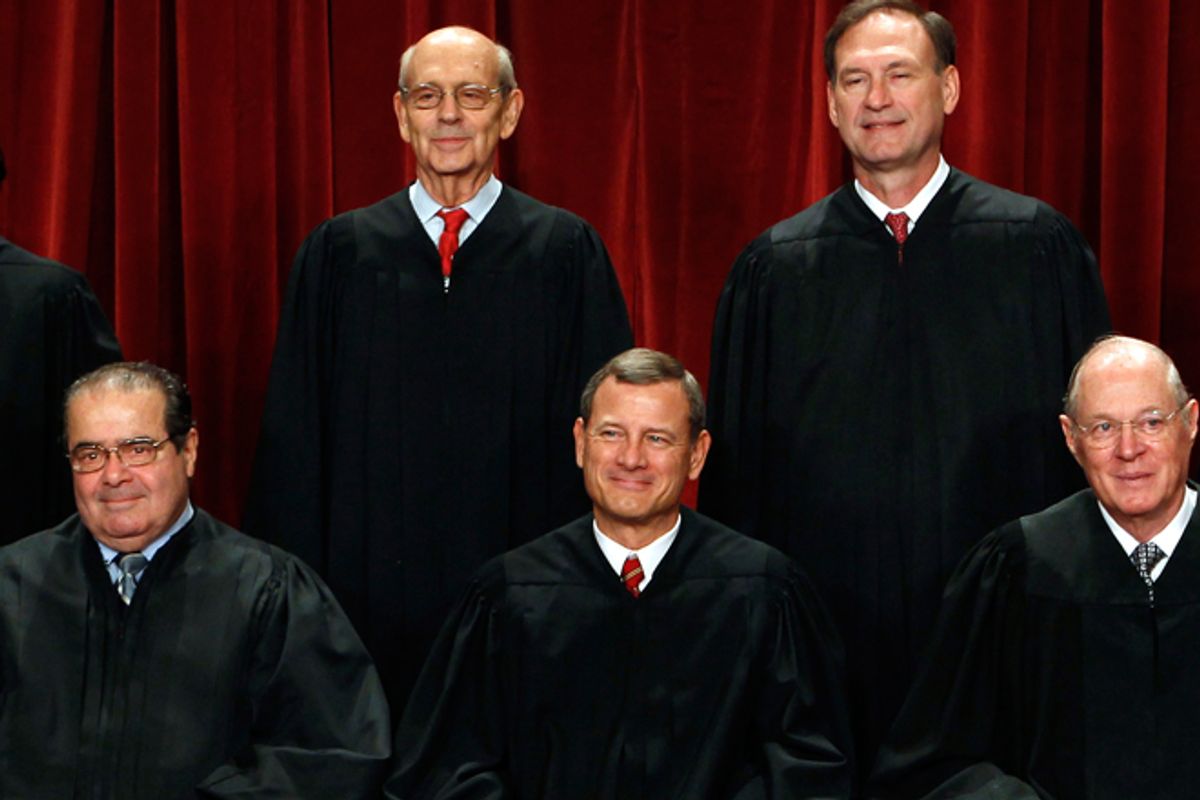 Jeffrey Toobin's New Yorker masterpiece "Money Unlimited: How Chief Justice John Roberts Orchestrated the Citizens United Decision" is required reading for anyone concerned with one of the central problems plaguing the functioning of American democracy: the influence of corporate spending on the political process.

If you're impatient, you can skip ahead to the last, chilling line: "The Roberts Court, it appears, will guarantee moneyed interests the freedom to raise and spend any amount, from any source, at any time, in order to win elections." And from there, you can make your own decision about whom to vote for this November, based on the direction that the Supreme Court is currently headed.

But a full reading of Toobin's article is essential for understanding the larger context. The fight over whether and how to limit corporate spending on elections in the United States goes back more than a century. The battle lines are well-drawn, the sides well-established: "progressives (or liberals) vs. conservatives, Democrats vs. Republicans, regulators vs. libertarians." The libertarian/Republican/moneyed interest side is currently in ascendence, but this is a long, long struggle, and the pendulum must one day swing back.

What's so amazing, however, coming at this particular point in American history, right after Wall Street blew up the global economy, is the justification given by Justice Anthony Kennedy in his opinion announcing the decision.

"The censorship we now confront is vast in its reach,” Kennedy wrote. "The Government has muffled the voices that best represent the most significant segments of the economy. And the electorate has been deprived of information, knowledge and opinion vital to its function. By suppressing the speech of manifold corporations, both for-profit and nonprofit, the Government prevents their voices and viewpoints from reaching the public and advising voters on which persons or entities are hostile to their interests.

The implications of this passage are breathtaking. In his rush to protect free speech, on the grounds that there is a public benefit in protecting the right of corporations to spend freely to advise voters "on which persons or entities are hostile to their interests," Kennedy and four other justices ensured that "moneyed interests" would essentially be able to buy government support for an agenda defined by corporate priorities. How any intelligent person could believe that skewing political messaging toward the sector of American society with the most cash to spend could be in line what the founders of the United States would have believed prudent is simply mind-boggling. We'll end up paying the price for this sellout for generations to come, but unlike Wall Street, we can't afford it.