You wouldn't guess it from the Bain debate, but the president's campaign has been relatively quiet so far 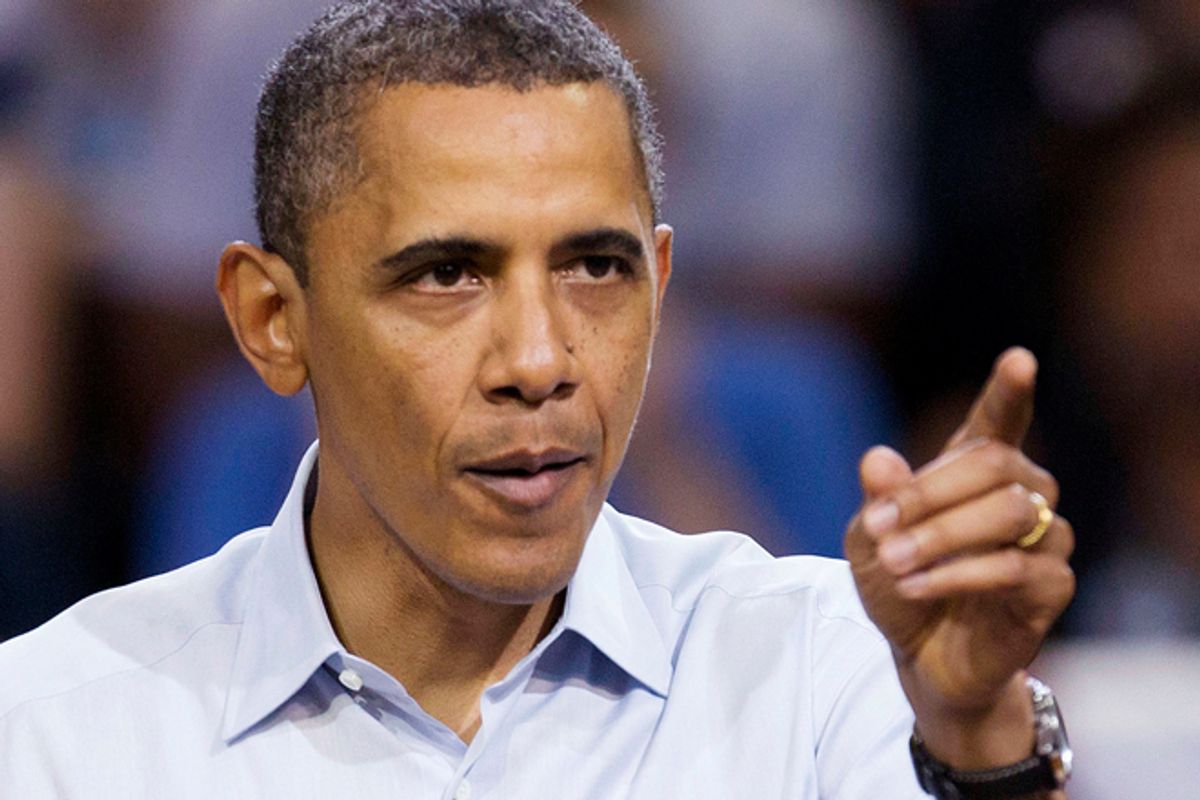 The first three weeks since the “official” kickoff of the general election campaign have been dominated by debate about the Obama campaign's attacks on Bain Capital. But compared to the last time a president ran for reelection, Obama appears be holding his fire so far.

According to Bloomberg, by this point in the 2004 campaign, George Bush’s reelection campaign had already spent $40 million on TV ads attacking Democratic nominee John Kerry, running over 58,000 ads in the first 10 days of March alone. Obama's reelection bid has spent just a fraction of that attacking Romney -- $4.5 million -- while his overall spending rate has been well below that of Bush.

Obama’s campaign has spent less than half of the $222 million raised so far, compared to a 63 percent burn rate for Bush at a similar point eight years ago. Meanwhile, Romney matched Obama’s fundraising haul for the first time last month, leading some observers to warn that Romney could outraise the president in the seven months before Election Day, thanks to the largess of Wall Street and other deep-pocketed donors.

So is Obama’s meager ad spending a sign the campaign is trying to keep its powder dry in the face of Romney’s growing fundraising prowess?

That’s one way to read it, but Bob Shrum, who witnessed Bush’s early advertising onslaught firsthand as a top advisor to Kerry’s 2004 campaign, doesn’t think so. “I don’t think any of this relates to a fear factor in terms of Romney’s fundraising,” he told Salon. Instead, he pointed to the fact that Kerry had the nomination locked up earlier than Romney and to dramatic changes in the campaign finance landscape.

Eight years ago, both Bush and Kerry took public campaign financing, which provides matching funds to candidates during the primary campaign and another tranche of money for the general election. Thus, there’s an incentive to front-load spending before the nominating conventions. “You knew you could sustain that kind of [ad] buy” early on, Shrum said, as Bush could count on another $75 million after the Republican National Convention, courtesy of taxpayers who donated $3 to the presidential campaign fund on their tax returns.

Obama won’t have that reassurance. For the Democrat, who in 2008 was the first major candidate in a generation to turn down public financing and the restrictions that go with it, the math is different. His campaign “presumably wants to back-load this more than front-load it,” Shrum explained.

And while Bush strategist Mark McKinnon credited the early attack ads for the campaign’s success -- “The early advertising put Kerry on his heels out of the starting blocks and he never recovered,” he told Bloomberg -- Romney came into the general from a much weaker position. The former Massachusetts governor was already one of the least popular nominees in history after a bruising nominating contest.

Meanwhile, Shrum expects that it will be very difficult for Romney’s fundraising to keep pace, since much of his April bounce came from big Republican donors who hadn’t given to Romney before, and he still lacks a robust small-donor network. “I think he’s going to rely more on super PACs,” Shrum said.