Cubs fans aren't alone. What horrible right-wing (or criminal) cause is your favorite team connected to? 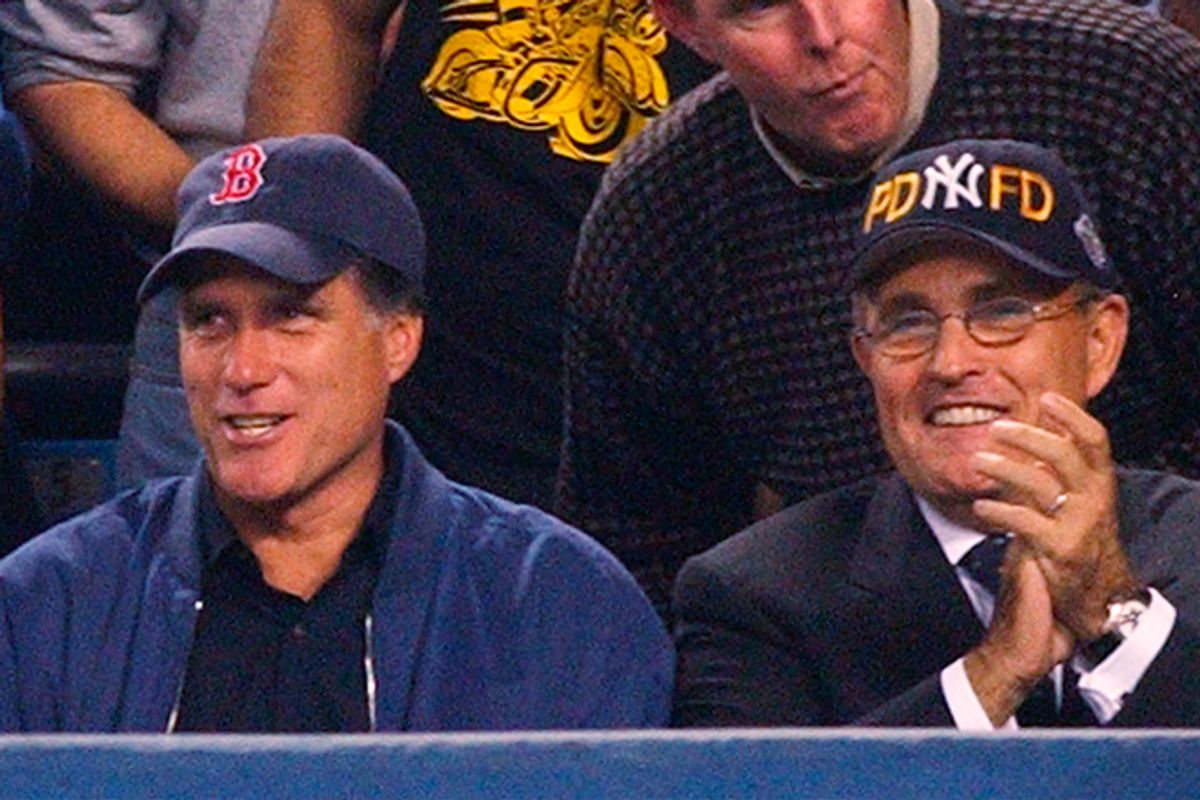 When the New York Times dropped its bombshell last week disclosing a secret 54-page proposal outlining how a Republican Super PAC would spend $10 million attacking President Obama and painting him as some kind of “metrosexual, black Abe Lincoln,” it wasn’t just interested Washington observers whose eyebrows were raised. The plan was apparently created and was to be funded by billionaire TD Ameritrade founder Joe Ricketts, whose family has owned a controlling interest in the Chicago Cubs since 2009. Within hours, Ricketts himself came out and rejected the plan that bore his name — in an obvious attempt to calm Chicago city leaders, who he’s hoping will shell out millions in public financing to renovate Wrigley Field.

It was far from the first time that scandal has reared its head in the highest echelons of sports ownership. Follow the connections closely enough and one will find dozens of franchise owners who have either direct of tangential relations to organized crime, government surveillance initiatives, deep-pocketed political entities and financial irregularities that bilked people out of billions. What horrible right-wing (or criminal) cause is your favorite team connected to?

Chicago Cubs are owned by Joe Ricketts, who apparently planned to pour $10 million into an anti-Obama super PAC, which would have developed a Jeremiah Wright ad campaign

New York Mets are owned by Fred Wilpon, who blindly invested with Bernie Madoff, who was convicted of running a $65 billion Ponzi scheme

San Diego Padres are owned by John Moores, who succeeded Tom Werner, who succeeded the wife of the late Ray Kroc, the man responsible for the global popularity of McDonald's, which has helped contribute to unprecedented nationwide obesity

New York Jets are owned by Woody Johnson, who gave much financial support to the 2008 Republican National Convention, where there were hundreds of antiwar protesters arrested

Houston Texans are owned by Bob McNair, who gave $100,000 last year to the Make Us Great Again super PAC, which was formed to support Rick Perry’s presidential campaign

Chicago White Sox used to be owned by Charles Comiskey, whose cheapness led to the Black Sox scandal, which was influenced by Arnold Rothstein, who was notorious for orchestrating illegal gambling

Houston Astros are owned by Jim Crane, who was preceded by Drayton McLane Jr., who helped orchestrate a new stadium deal, which took millions in naming rights from Enron, which collapsed on account of billions of dollars in fraudulent accounting

Texas Rangers are co-owned by Nolan Ryan, who succeeded Tom Hicks, who bought the team from George W. Bush

Los Angeles Kings are owned by media magnate Philip Anschutz, who founded concert and sporting event organizer Anschutz Entertainment Group, which was sued by Michael Jackson's family after his death

Manchester United is majority-owned by Malcolm Glazer, who once owned oil company Zapata Offshore, which was founded by George H.W. Bush who led America into the Gulf War

San Diego Chargers are owned by Alex Spanos, whose son is Chargers president Dean Spanos, who has contributed to the Invest in a Strong & Secure America PAC, which is affiliated with San Diego-based congressman Darrell Issa, who helped kick-start the 2003 California gubernatorial recall

New York Islanders are owned by Charles Wang, who co-founded software firm Computer Associates, whose top executives, including Wang, were once sued for falsely reporting more than $2.5 billion in revenue

San Francisco 49ers are co-owned by Denise DeBartolo York, who inherited the team from her father, Eddie DeBartolo Jr., who was implicated in the criminal dealings of Louisiana Gov. Edwin Edwards, who was subsequently convicted of money laundering, extortion and racketeering

Boston Red Sox, whose chairman is Tom Werner, who was an executive producer of "Roseanne," which starred Roseanne Barr, who once performed what many regard as the most offensive National Anthem ever

Arizona Cardinals are owned by Bill Bidwill, who has given more than $60,000 over the past 18 months to the Republican National Committee, which was recently found to have engaged in altering Supreme Court audio for an anti-Obama ad

Los Angeles Clippers are owned by Donald Sterling, who has been sued numerous times for discrimination against black and Latino tenants in Los Angeles

Golden State Warriors are co-owned by Joe Lacob, who was once an executive with Booz, Allen & Hamilton, which helped the U.S. government develop the Total Information Awareness electronic surveillance program