A death that was also a birth

As a midwife, I've spent the last 30 years taking care of women in pregnancy. But nothing prepared me for this 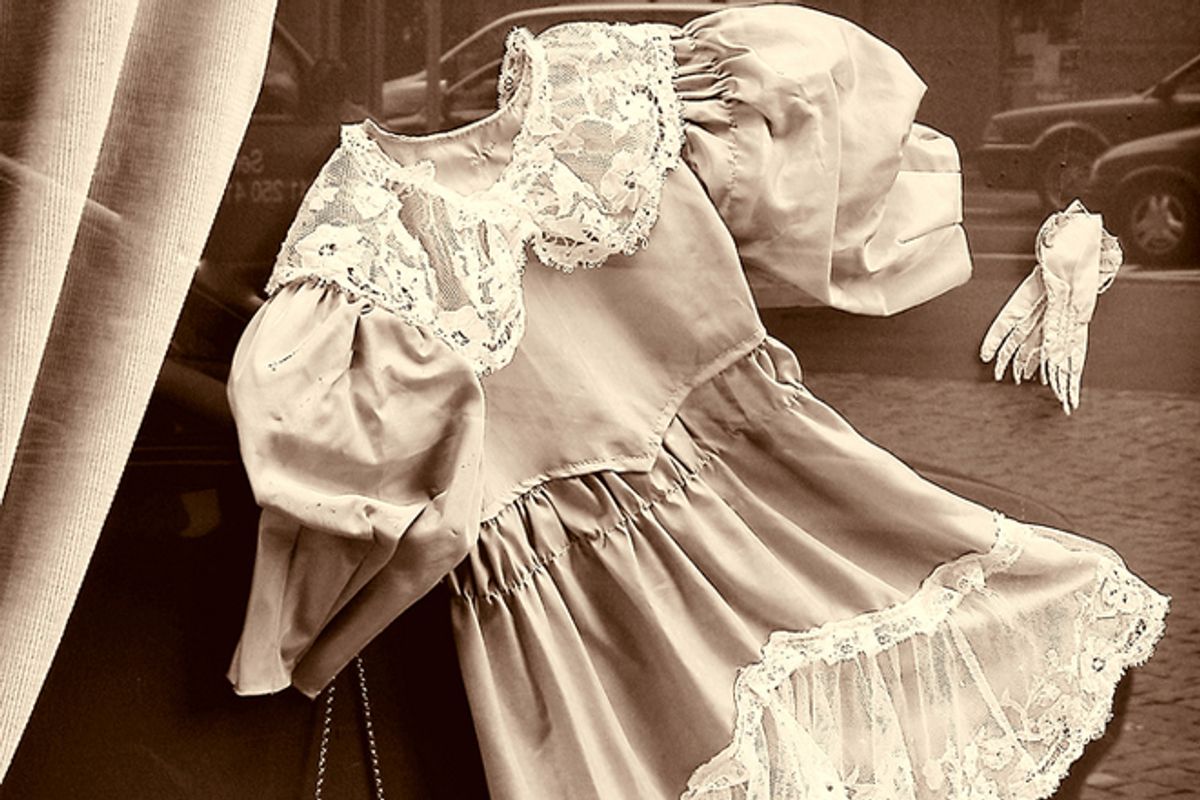 The call came early in the morning. The 3-month-old granddaughter of my neighbor had finally succumbed to the illness she was born with. I am a midwife, but this call wasn’t about a birth. This time the call was from the mortuary.

I have spent the last 30 years taking care of women in pregnancy, birth and beyond. I use my hands to help bring life into this world. Over the past few years, however, I found myself using those very same hands in the performance of a Taharah, a Jewish ritual that prepares a dead woman for burial. Birth, life, joy, beginnings vs. death, decay, finality. Such a contrast! What could be more different? And yet, somewhere in my consciousness, there was a commonality. Caring for a woman in her life, preparing a woman for birth had a parallel in preparing a woman for burial. The act of helping a woman and her baby through their many transitions seemed analogous to helping the soul transition from this plane of existence to the next.

“Taharah” means “to purify.” Particular prayers are said and simple hand-sewn white linen garments dress the body. All this is identical for everyone, no matter how old, how young, how rich, how poor. During a Taharah, all are treated the same.

I performed my first Taharah, and it was more than I expected – more silence, more depth, more sensitivity. The concern of being with and touching a dead body left as soon as I entered the room. The midwife in me took over. The four members of our team worked quietly, with tenderness. The peace in the room was tangible and present, and our lady seemed to reflect that. Her entire body, as well as her face, seemed to relax as we completed the ritual, intoning the prayers. And the energy, amazingly, felt the same as at a birth -- a feeling of completion, a palpable sense of the soul transitioning and a humble appreciation of the privilege of being there.

To perform the Taharah when a woman has lived out her life, has seen her children grow and have their own children, seems part of the natural logic of life. The first Taharahs I took part in were just that. This next Taharah, however, involved someone who had not lived a long life, had not lived to see her children grow, and this time, I was to be alone.

The call stunned me. I knew she was sick, but this wasn’t expected. Now the mortuary was asking, could I be the one to take care of her? I had never before performed a Taharah on a baby. My experiences with babies were of life, not of death. There was always joy, a new beginning. Here was unimaginable sadness, an ending.

As I looked at the tiny garments, it became real, and I worried about how I would react. My mind remembered my nursing training, when we were doing a rotation in the NICU and how I just couldn’t bear to be with sick babies. All I could think about were my own babies and I had cried to my instructor, “Just get me out of here!” Now I was going to be with this fragile body, with this baby who was no longer sick, but was actually gone.

I entered the room alone. I washed my hands in the correct ritual way, pouring water first over my right hand, then my left, right, left, right, left. I retrieved her body. She was so small, so light, wrapped in a clean sheet. It was time for the first prayer. “Master of the world! Take pity upon the present deceased for she is the daughter of Sarah, Rivkah, Rachel and Leah. May her soul rest among the righteous women.” I didn’t know what to expect as I began the unwrapping. She had been so sick, she had had so many invasive procedures and devices. What would she look like? I uncovered her slight form, and she simply looked as if she was sleeping. Did I detect the barest hint of a smile on her face?

I removed the IVs, the bandages and washed her carefully, talking softly to her and caressing her the whole time. I worried about her delicate, almost transparent skin. And then it was time for the ritual immersion. I would submerge her in the pool of water known as the mikvah, a symbolic act of purification, representing the body’s return to the womb, to the bath of the amniotic fluid, and the soul’s return to the original waters of Creation. I cradled her body, continuing my dialogue and immersed her in the ritual bath. Tears streamed down my face, falling into the water, as I repeated the prescribed words, “Tahorah he, tahorah he, tahorah he” … “She is pure, she is pure, she is pure.” The silence was piercing; time seemed irrelevant.

Finally the dressing. These garments, though they were the smallest ones, overwhelmed her tininess. I continued the ritual, placing her in the casket, then covering it. I ended with the ceremonial asking of forgiveness from her, just in the event that anything done was humiliating or disrespectful to her or had deviated from the tradition. I left the room and her.

Driving home in silence, my mind spun with the images of this Taharah. At the same moment I parked in front of my home, her grandfather pulled up across the street. Most of the time, the mourners don’t know who performed the Taharah and unless they ask, nothing is said. But as I looked at him, at the visible unspeakable grief on his face, I knew that I had to tell him. “I took care of her,” I said. His face and body seemed to dissolve. Recovering, he asked me to come across the street to his home, to talk with his wife and daughter. They needed my reassurance, he said.

The baby’s mother, his daughter, only wanted to know if her baby looked frightened. I told her how peaceful she looked, with that almost-smile I thought I had seen. That seemed to comfort her. Then there were a few more questions, many tears, and expressions of gratitude. It was clear that it was time for me to leave. They needed to do their mourning without me.

So why had I been drawn to participate in this ritual? Death carries with it such pain, and whether the death is that of a young person or an elderly one, there is great sadness. However, having watched women in birth, it’s so clear that pain is transitory. There is so much more than just the pain. And with death I believe that there is more than sadness. The process of the Taharah is perhaps a metaphor for what is left -- the dignity and integrity of the person, the love that she experienced during her life and leaves as an inheritance to the ones close to her.

I find myself grateful to be part of a tradition that recognizes this and expresses our connection to the Creator, which treats everyone, even in death, with respect and caring. I feel privileged that I am able to participate in this final act for a woman, that I can be midwife to her spirit.

Tova Hinda Siegel is a writer who lives in Los Angeles.