Orrin Hatch is not out of the woods yet 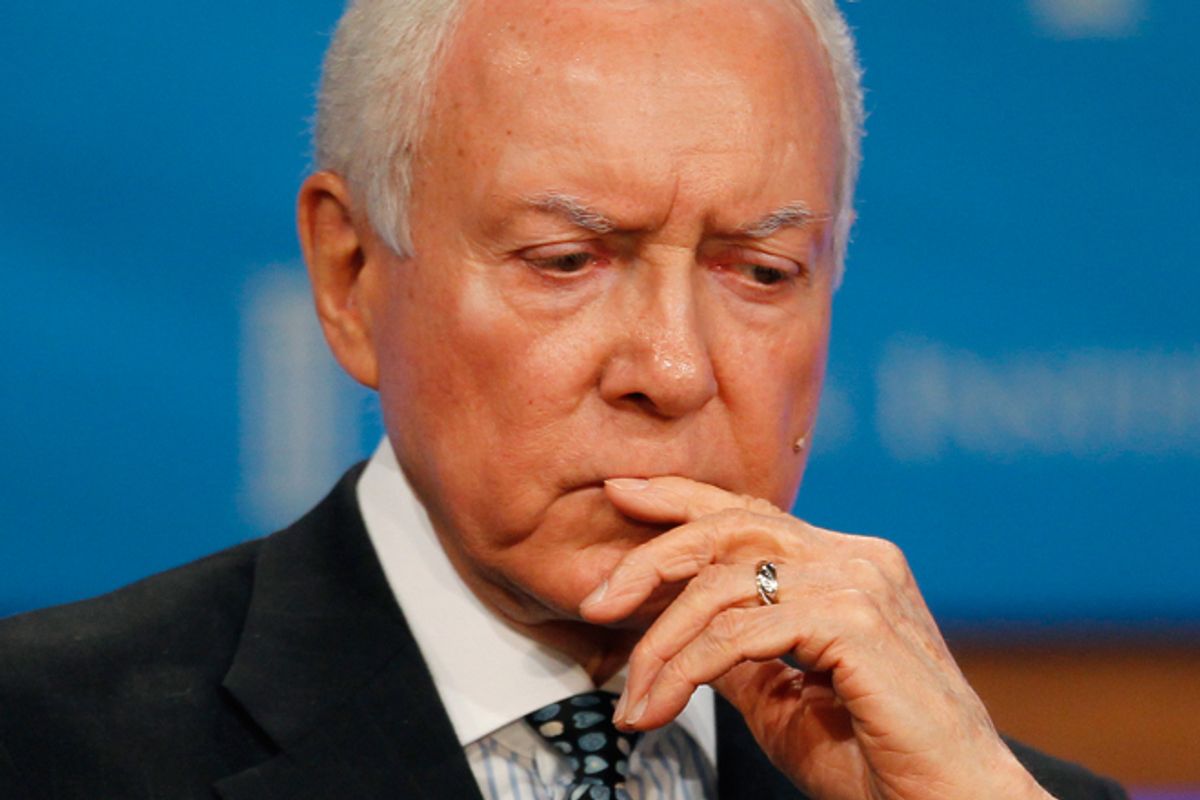 The good news for Orrin Hatch is that his Republican primary opponent is now resorting to a time-honored tactic of doomed challengers everywhere: He’s making the race about debates. In a new 30-second ad, Dan Liljenquist decries Hatch’s refusal to engage in more than one face-to-face encounter and reminds voters that, long ago, Hatch once challenged a primary opponent to eight of them.

The ad is an effort to portray Hatch as an entrenched and arrogant incumbent and to encourage whatever popular sentiment there is that he’s too old (78) and been in Washington too long (36 years). That Liljenquist is playing up debates and not, say, recent Hatch votes and quotes speaks to the aggressive image makeover that Hatch put himself through in response to then-Sen. Bob Bennett’s defeat at the 2010 GOP state convention in Utah. When Bennett went down, Hatch immediately recognized how hungry the Obama-era GOP base is for compromise-resistant partisan warfare and positioned himself to head off a 2012 challenge.

So far, his efforts have been successful enough. After spending an astonishing $5 million, Hatch secured 59 percent at last month’s state convention, three times what Bennett got in ’10. But he fell a handful of votes shy of the 60 percent threshold that would have handed him the nomination on the spot and was instead forced into a primary with Liljenquist. There’s been no reputable polling on the race, but the assumption is that Hatch is comfortably ahead, and that making noise about debates won’t do much to help Liljenquist.

The bad news for Hatch, as Charlie Mahtesian pointed out earlier, is that there’s a lot of time between now and the June 26 primary. Here the threat to Hatch really isn’t Liljenquist and anything he might say and do; it’s an outside group or individual deciding to target the race and pour big money into the anti-Hatch effort. If this were to happen, it might not matter that Hatch has given his enemies little in the way of ammunition. With enough money, anyone can be made to look bad. And the one thing Hatch can’t run away from is his political longevity, which is a liability to today’s outsider/purity-obsessed GOP base.

Mahtesian notes that the Club for Growth seems unlikely to enter the fray, but in the super PAC era, a billionaire or millionaire could at any moment take a random interest in any race and alter the outcome with a hefty investment. The best illustration of this came Tuesday night in Kentucky, where Tom Massie won a GOP congressional primary after a rich 21-year-old Texas college student spent more than $500,000 on his behalf.  A week before that, another plutocrat fueled the unexpected rise of Deb Fischer in a Nebraska Senate primary.

The pro-Fischer money didn’t come in until the final few days of that race. Which means that even though he’s in good shape now, Hatch still has a month of sweating ahead of him.