The social network's debacle of a public offering exposes, once again, the rotten heart of finance 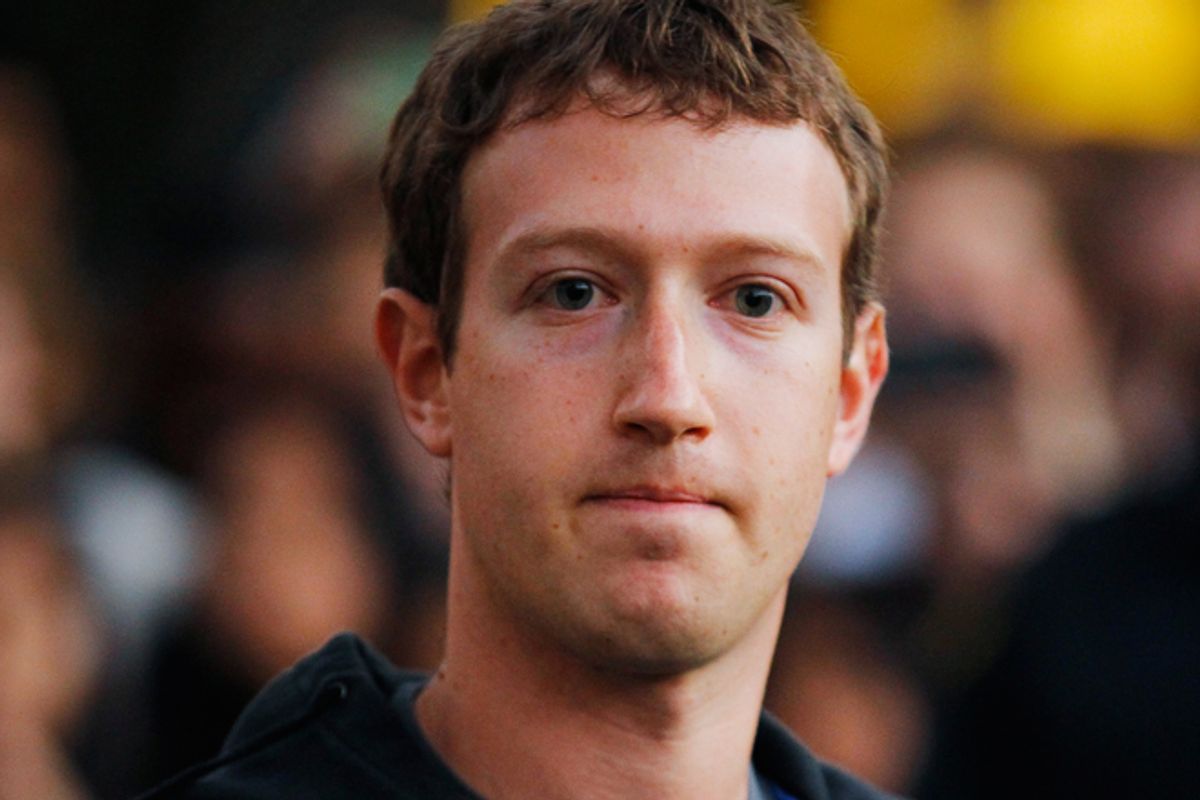 Could there be a bigger public relations debacle for an aspiring technology colossus than the Facebook IPO? It's bad enough when the stock price doesn't "pop" at all on the first day of trading, but it gets a lot worse when the financial press spends the following week debating whether the machinations behind the scenes leading up to the botched public offering constitute outright evidence of securities fraud or merely a toxic mixture of greed and incompetence.

Here's what we know: Sometime in the run-up to the IPO, Facebook realized that it needed to downgrade its revenue projections for the second quarter because of difficulties selling ads on mobile phones -- which are increasingly the access point of choice for Facebook browsing. This news was buried deep in an SEC regulatory filing, but it also may have been communicated directly to Facebook's underwriters who, in turn, may have told their big clients -- the institutional investors who usually make out like bandits on IPO day by buying stock at the offering price and then selling on the pop. The big investors accordingly decided that the price was a little too high and dumped their stock as quickly as they could. Thus: no pop. The closing price was essentially the same as the opening price, and that wasn't supposed to happen.

There's a lot that's hazy here. But it smells to high heaven, and lawsuits have already been filed. As Heidi Moore writes in The Guardian:

U.S. securities laws are very strict about what a company can say while it prepares to go public – which is to say, almost nothing. Executives maintain a "quiet period" for months. If the company has to disclose anything, it has to do so to all investors, at once. The fact that sophisticated investors knew the company was warning them about its prospects could have been enough to account for the determined selling of the stock from almost its first minute. Wall Street investors are far less patient with changing the goalposts than are the 900 million users of Facebook who accede to every whim of the company's changing user agreements.

Whatever happened, one thing is indisputable. The little guy (by which I mean the retail investor, who probably isn't really a "little guy" as compared to someone who's on unemployment or facing foreclosure) got screwed. And along with Facebook, the key parties involved in the screwing included Facebook's three biggest underwriting banks, Morgan Stanley, Goldman Sachs and JP Morgan.

Why do those names sound familiar? Oh that's right -- they were key players in wrecking the economy of the United States by screwing around with mortgage-backed securities. And if you want to go even further back, they were all hip-deep in the IPO scandals that made the dot-com boom such a minefield of fraud and get-rich-quick scams. (Indeed, one of the weirder ironic twists to the Facebook story is the sight of Business Insider founder Henry Blodget, who was himself banned for life from the securities industry for fraudulently hyping dot-com stocks, waxing aggrieved at the improprieties involved in the IPO.)

Never mind the stock price. Never mind the fact that Facebook itself made out like a bandit. The real scandal here is that Wall Street investment banks never change their stripes. Their insatiable greed inflated both the dot-com bubble and the housing bubble, and the closer you look at either episode, the more evidence you find, not just of reckless irresponsibility, but of clear criminal misbehavior. And yet their punishments -- if they even get punished, which is rarer and rarer -- never fit the crime and never dissuade further misbehavior. The Facebook IPO might seem like a weird flashback to the days of dot-com excess, but what it really demonstrates is business-as-usual in the financial sector.