Trump insinuates self into Romney campaign 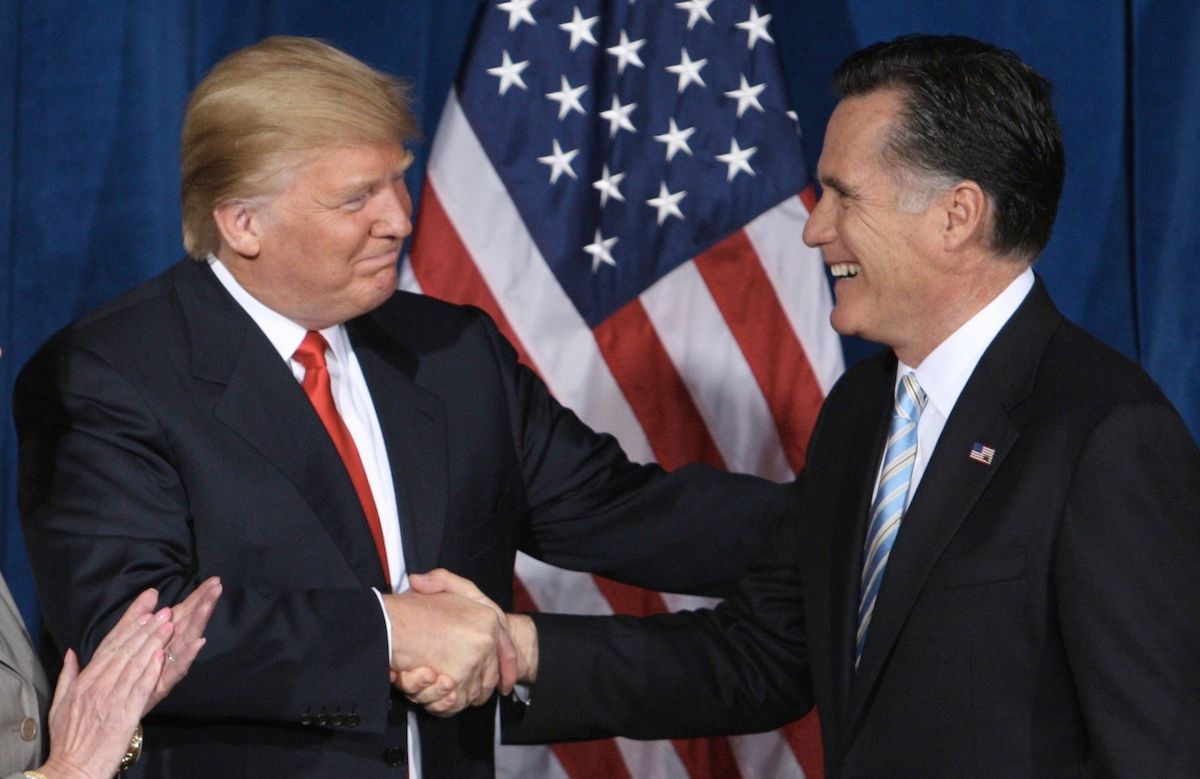 So. Donald Trump again? Are we really doing this again? I guess we are!

There were stories, recently, in the usual places, about how Trump was being seriously considered for a major speech at the Republican Convention. I did not dwell on the story much, because I assumed that these rumors were a product of Donald Trump's prodigious vanity and powerful imagination. Ha ha ha, sure, the Republicans will definitely want the stupid make-believe TV mogul who pretends to fire people for a living, at their big party.

Now that "Celebrity Apprentice" is done, Trump is back to pretending to be a major political player. He just announced his intention to start his own super PAC, because he is a weird attention-hungry idiot with a bit of money to burn (though not as much money to burn as he would like you to think he has to burn).

He is just, essentially, begging the party to let him be on TV at their convention. But Maggie Haberman wrote today that while Trump is just definitely not going to be anyone's running mate, the Republicans might actually have him speak at their convention. Because Romney is actually getting a lot of use out of Trump:

He's been a surrogate for Romney, recorded robocalls for him and pushed him on the Fox News airwaves and over Twitter. He's also raised money for him, and both Ann and Mitt Romney have thanked him in public for his help. There is no question that he has an appeal to some voters and that Romney has been better off having Trump with him than against him.

"Some voters." Awful voters. The worst voters. But yes, it is basically true: Romney embraces Trump because there's very little downside. He gets support from horrible people, and he is not really taken to task by non-horrible people (or, for the most part, journalists) for associating with him. This is how Trump will end up at the convention, despite being the most prominent birther in the nation.

Here's another line from Trump's Newsmax interview, just so we understand that this Donald Trump is not any less invested in conspiratorial race-tinged dog-whistle Jerome Corsi nonsense than he was last year:

Suspicious! How did Obama get into Harvard? (Maybe his father was secretly ... Charles Kushner!)