The Warren meltdown that isn’t

Despite weeks of controversy over her Native American ancestry, she’s still tied with Scott Brown 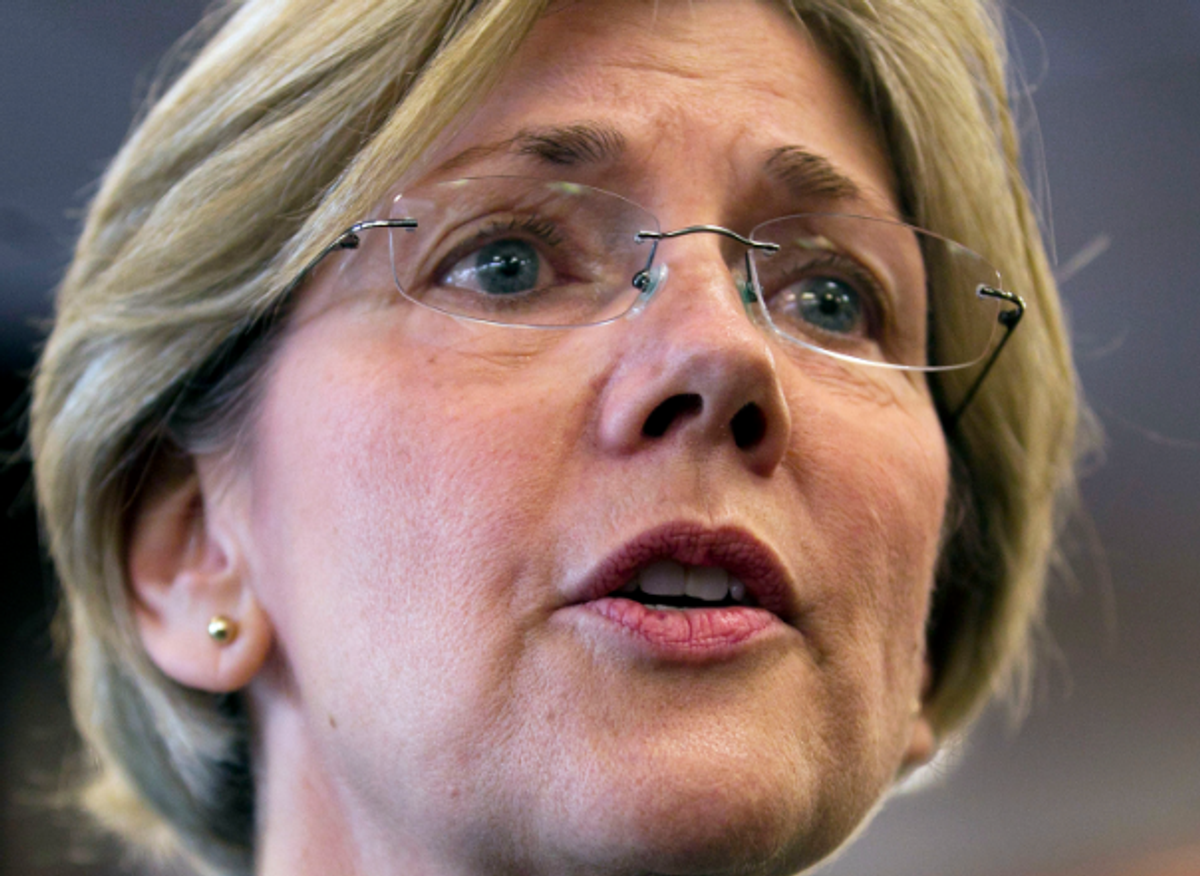 In this May 2, 2012 file photo, Democrat candidate for the U.S. Senate Elizabeth Warren responds to questions from reporters on her Native American heritage during a news conference at Liberty Bay Credit Union headquarters, in Braintree, Mass. (AP Photo/Steven Senne, File)
--

Reports of Elizabeth Warren’s demise have been greatly exaggerated. A new Suffolk University poll puts the consumer advocate in a virtual tie with Massachusetts Sen. Scott Brown, who holds a statistically insignificant 48 to 47 percent lead.

This comes after weeks of intense controversy over whether Warren had advanced her academic career by claiming Native American ancestry based on being 1/32 Cherokee. As the story dragged on, members of her own party groaned at her handling of it, critics charged that she was being evasive, and the press speculated whether Democrats were about to endure a repeat of the Martha Coakley debacle.

The Cherokee story, according to the survey, has definitely dented the public’s consciousness; 72 percent of voters say they’re aware of it. But by a 49 to 28 percent margin, they also say that Warren is telling the truth about it, and by a 45 to 41 percent margin they say she didn’t benefit professionally from listing herself as Native American back in the 1990s.

“I’m not saying there was no damage from the Native American thing, but if you zoom out to see what the net effect was, it was minimal,” David Paleologos, who conducted the poll, told the Boston Globe. “It’s considered a nonstory.”

There are hints of the story taking a toll on Warren’s image. Her unfavorable score is up 5 points from the last Suffolk poll in February, from 28 to 33 percent, while her favorable score sits at 43. Brown, by contrast, has a more robust 56 to 28 percent favorable rating. In that February poll, Brown enjoyed a 9-point lead over Warren, 49 to 40 percent, but that result was dismissed by both sides as an outlier – not that it’s stopping Democrats now from crowing that Warren is surging.

Really, though, the poll just shows that the race is back to being the nail-biter everyone’s long assumed it would be. If the outcome was based strictly on personal popularity, Brown would win easily. But the Republican label is a profound liability in Massachusetts, especially for candidates for federal office. This is why the Suffolk poll also finds Brown failing to break 50 percent against Maria DeFranco, Warren’s little-known Democratic primary opponent. (In a head-to-head race with Warren, DeFranco trails 71 to 6 percent.)

Warren’s challenge isn’t to become better-liked than Brown; it’s to make herself likable and acceptable enough for voters who are fond of and identify with Brown but don’t want to send a Republican vote to the Senate. On this front, there are some encouraging signs for her in the poll. She beats Brown 49 to 36 percent on the question of who will better represent middle-class families and 40-37 percent on who is more honest. And she’s not far behind him (47-42) on who’s more independent – a trait Brown has tried to make his calling card.