The former U.N. ambassador pleads with the GOP base: "Please get yourself together" 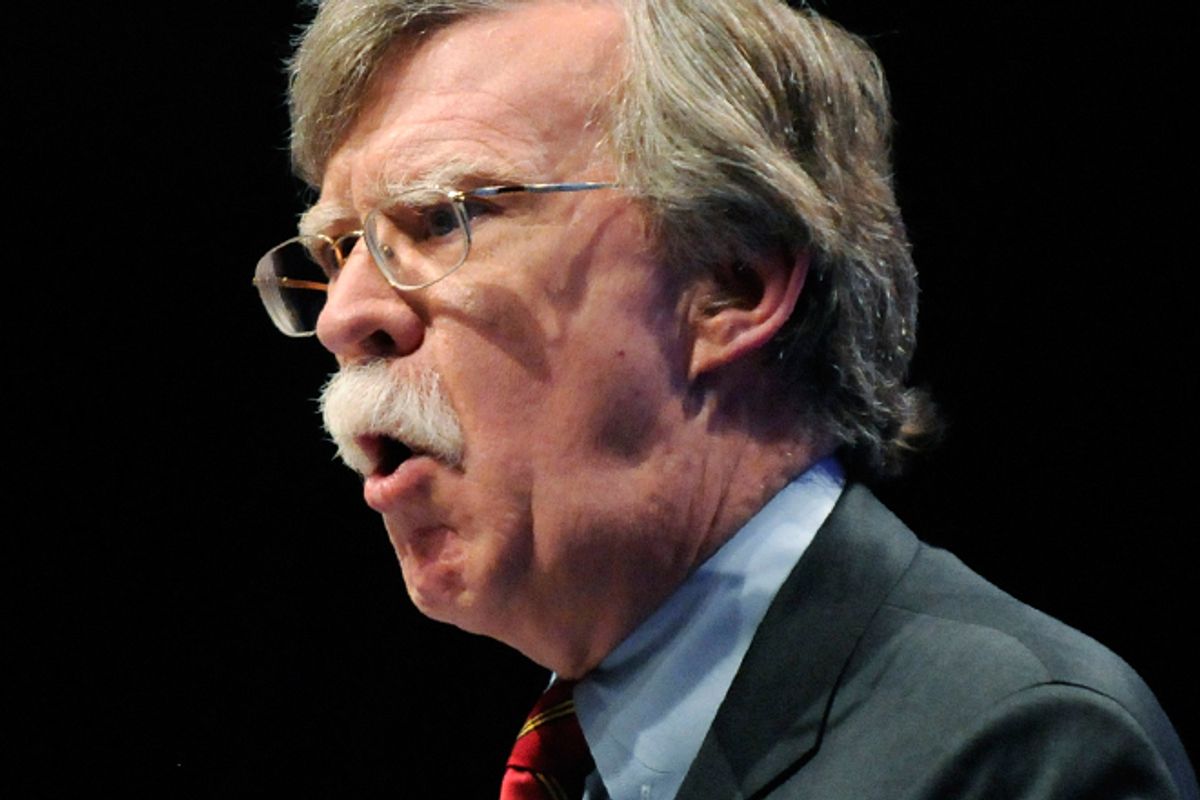 Mitt Romney has always had trouble igniting the Republican base, and apparently some key surrogates have now taken to begging for support.

Bellicose former U.N. ambassador John Bolton, who has been informally advising Romney on foreign policy, was the keynote speaker at a GOP fundraiser in Iowa last night where he pleaded, “Even if you’re not at this moment an enthusiastic supporter of Gov. Romney, will you please get yourself together in the next three or four months?” His inspirational message continued: “He may not have been your perfect candidate, but consider what you will see on the ballot on Nov. 6. This is not a tough decision.” Mitt Romney: Probably Better than the other guy.

In typical Bolton fashion, he also told the Polk County Republicans that a dollar spent on defense is better “than a dollar spent with the Department of Health and Human Services.”

Bolton endorsed Romney in January after forgoing a rumored presidential bid of his own and even though Newt Gingrich promised to make Bolton his secretary of state.