How to cure the crazy

The return of Donald Trump forces the question: Is there anything the GOP can do to recover from insanity? 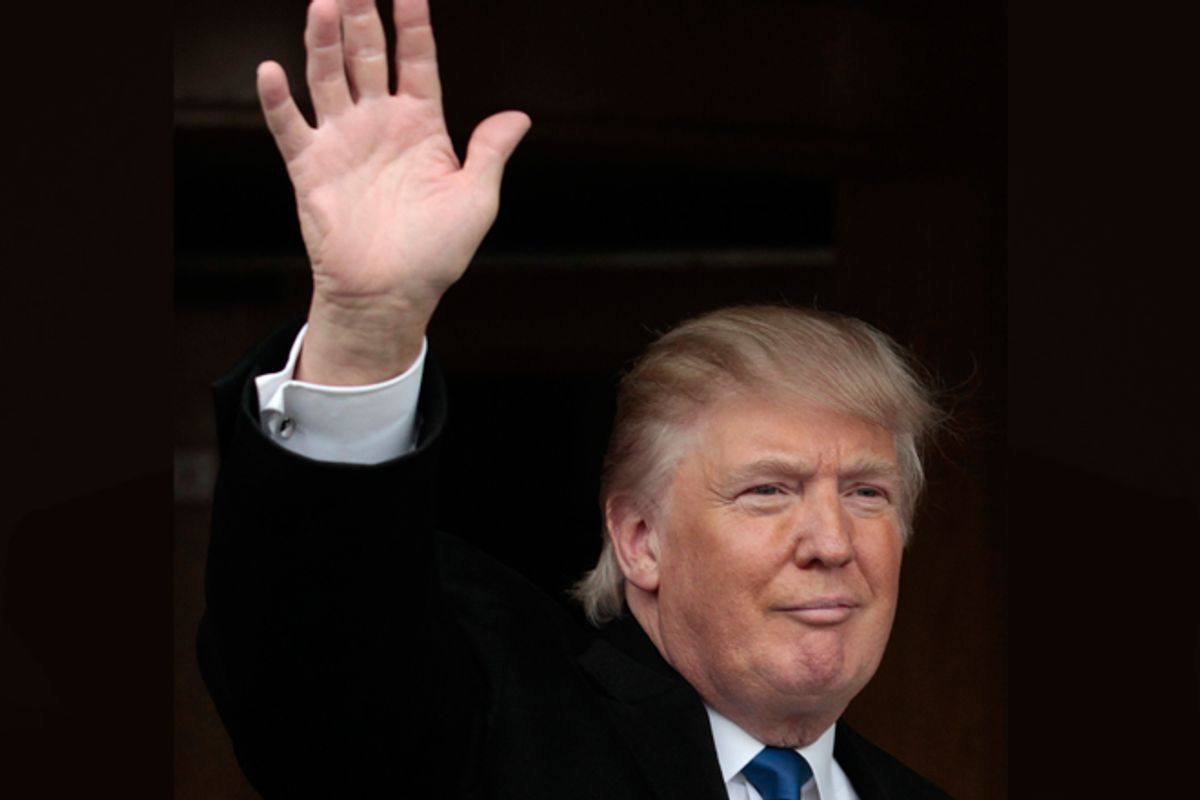 One thing when writing about the Republican Party and the crazy – you can always be certain that it’ll generate new examples. So just when the news that a member of the House accused dozens of Democrats in Congress of being Communists seemed to be going stale, along comes Donald Trump – who is scheduled to appear at a fundraiser with Mitt Romney next week – to spout birther nonsense.

For those of us who believe that there’s something seriously wrong with the Republican Party (and see Tom Mann and Norm Ornstein’s new book; see also my argument that the problem is not about how “conservative” they are, but about their radical style), the big question is whether anything can be done about it. American democracy needs two strong, solid political parties, but currently one of the parties is just a mess – incapable of making coherent policy when it’s in office, and dangerously obstructionist when it’s out of office.

So how can a party recover? I think there are three ways, but two are unfortunately quite unlikely, and the third is at best uncertain.

Some talk about the possibility that the electorate will punish Republicans for their radicalism. Unfortunately, I think that’s unlikely. Note that consecutive blowouts in 2006 and 2008 certainly didn’t make things better. Part of the problem here, too, is that elections generally don’t work that way. It’s true that the impression of ideological extremism can be costly, as Barry Goldwater and George McGovern learned the hard way, but we’re talking here about 2 or 3 percentage points in a presidential election. Direct action by the voters just isn’t enough to do it. After all, as voters, they can only choose between the nominees that they’ve been offered, and if anything voters are more partisan than ever; they’re not likely to defect just because a candidate embraces the crazy, even if they don’t like it, because they would still have a strong preference for that candidate otherwise.

A second possibility is that they’ll wind up with a successful president who sets a strong example of sane conservativism and who is strong enough within the party that he or she can push a lot of the crazies to the fringes and beyond. That could work. Presidents have limited influence in general, but one thing that a popular president can do is to define normality for his or her own party. They can reward some and punish -- or at least avoid rewarding -- others, creating real and meaningful incentives that can be very different from what came before. The obvious analogy is Dwight Eisenhower’s maneuverings against Joe McCarthy. The problem is that for this strategy to work it takes a skilled and popular president who decides to try it, but Republicans might have to wait a long time before they get another Ike.

So the first method probably can’t work, and the second one is unlikely to happen. That leaves one other possibility: that the Republican coalition itself might demand change. Specifically, that Republican-aligned interest groups – perhaps business, national security or others – might become upset enough with the crazy, or worried enough that the crazy will impede their ability to get things done, that they’ll push to end it. After all, part of the problem with the crazy is that it truly is random; you really never know what nonsense Limbaugh or the Breitbart sites are going to be up to next, and there’s every possibility that it could interfere with groups within the party pursuing their interests. Even worse: Politicians who believe they were elected because their most valuable allies convinced the electorate that the president was a radicalized foreigner are going to be responsive to those supporters, and not to organized party groups. Those groups have enough troubles as it is, since in the current free-for-all campaign finance environment they have to compete with random billionaires who might have all sorts of unorthodox policy preferences.

We’ve seen a little bit of this already. During the healthcare debate, many normally Republican-leaning groups chose to work with the Obama administration and cut their best deal, rather than sticking with the rejectionist GOP. Several companies quit the conservative state lobbying organization ALEC when it became controversial by lobbying for ideological and partisan goals. On the national security side, a break has emerged between the Department of Defense and movement conservatives; both conservatives who care about national security and (on some issues) businesses might choose to stick with the Pentagon. And it’s not quite the same thing, but there’s been a small but steady stream of defectors from the movement.

Nevertheless, something like this would likely play out in nomination politics, with party-aligned groups insisting on candidates who are willing to fight for their interests while rejecting the crazy, and there certainly isn’t any sign of that yet. Will it in 2014 and 2016 if Romney falls short this fall and the crazy gets even worse? I have no idea – but that’s the only path out of this that I can imagine.