Our bodies, our products 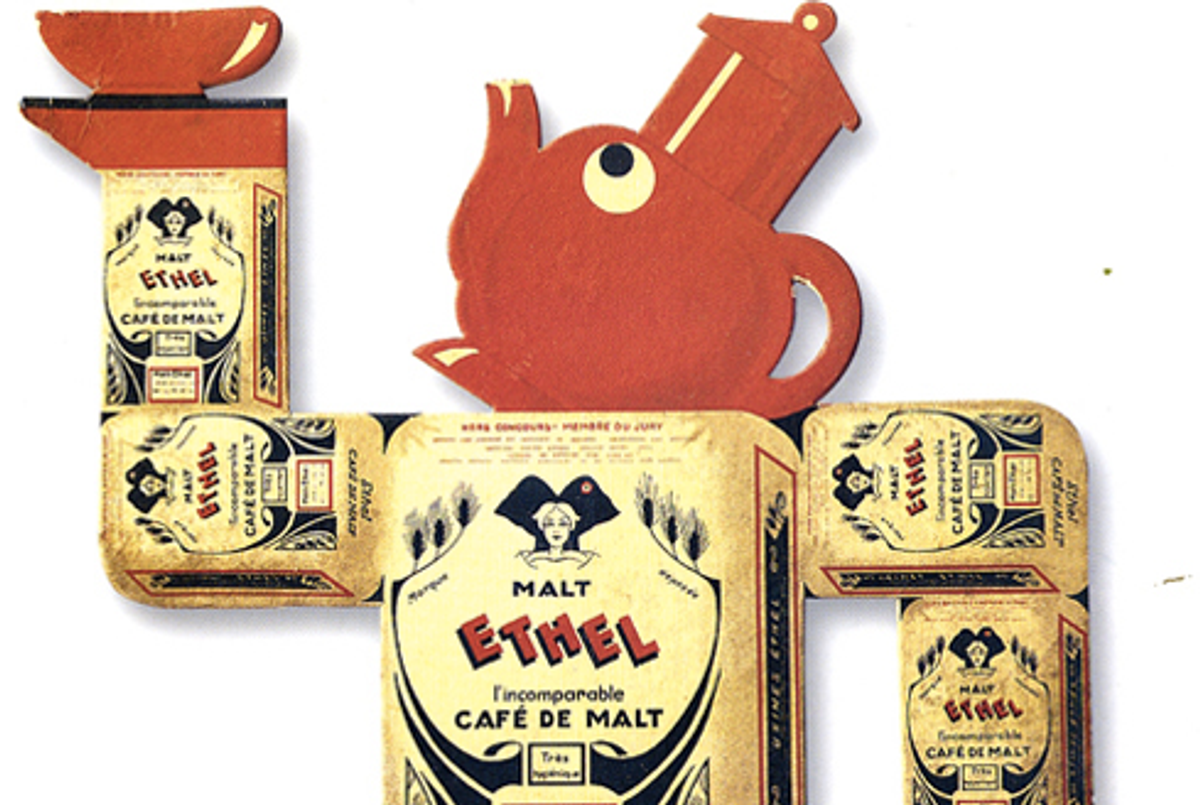 I bet many of you don't know what the Michelin Man, also known as the Bibendum, is made of. Take a wild guess! French cartoonist Marius Rossillon, also known as O'Galop, created the prototype for a Munich brewery (he was holding a glass of beer and quoting Horace's phrase "Nunc est bibendum" -- now's the time to drink). It was rejected. But the Michelin brothers saw the image and suggested replacing O'Galop's man with a figure made -- yes indeed -- from tires. Voila! The Bibendum is now one of the world's most recognized and collected trademarks in the world.

Concocting trade characters from the products or the things they represent derives from a long tradition -- dating back to medieval trade markings and up through the golden age in the early 20th century (and beyond).

French designers were indeed quite fond of playful mnemonic manipulation, as the examples here for steel wool cleaners, pots and pans, teas and coffees from the 1920s and '30s attest. The characters are quite surreal yet none so abstract that the message is lost. Made from the packages or from the products themselves, these characters are not as cuddly as Speedy Alka Seltzer or the Mt. Olive Pickle man, but they do have an artful presence and charm.