The GOP nominee attacked Obama over coal on Tuesday, but he once wanted greater regulation 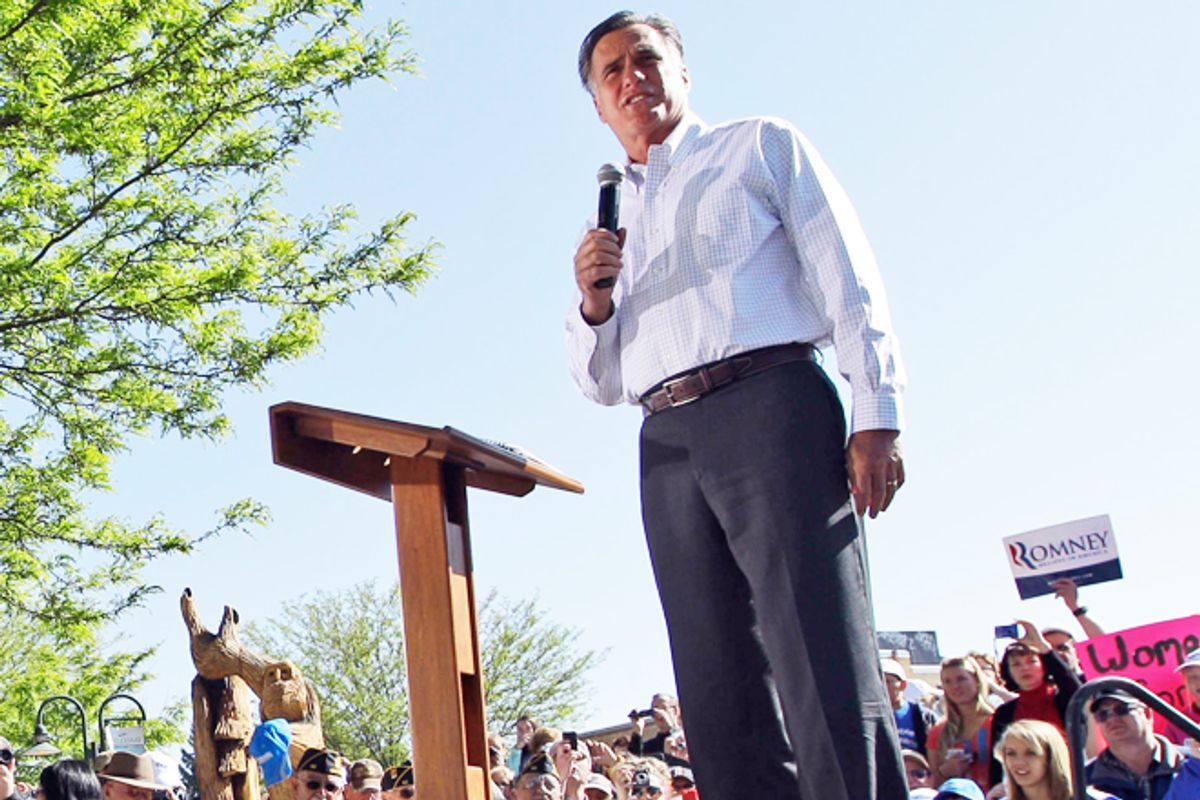 Mitt Romney’s campaign swung through the coal town of Craig, Colorado, today so that the candidate could slam President Obama for supposedly killing the coal industry, even though Romney pursued his own regulations against coal companies as governor of Massachusetts.

“He’s going after energy. He’s made it harder to get coal out of the ground,” Romney said. "I'm not going to forget communities like this across the country that are hurting right now under this president."

Nevermind that Craig is actually just fine, according to the town’s mayor. "Nobody's been laying people off or anything like that," Terry Carwile, a retired coal miner, told CBS. "As a matter a fact, they've been hiring." Indeed, coal production was up in the third quarter of 2011 in Colorado and Utah, as it has been elsewhere under Obama.

But Romney was not always so pro-coal. In 2006, after he pulled out of a regional greenhouse gas emission agreement, Romney released an alternative plan that called for coal-burning power plants to “pay to plant a forest in Brazil if those trees absorb the amount of carbon dioxide the plant must reduce from its smokestacks,” according to a Boston Globe article from September.

"This regulation provides real and vital environmental benefits, with a flexibility that is essential in this new and volatile energy market," Romney said at the time.

Further back, in 2003, Romney made a big show of taking on a polluting coal-fired power plant. He held a press conference in front of the PG&E facility and yelled, “I will not create jobs or hold jobs that kill people, and that plant kills people.”