The sad story of Thaddeus McCotter 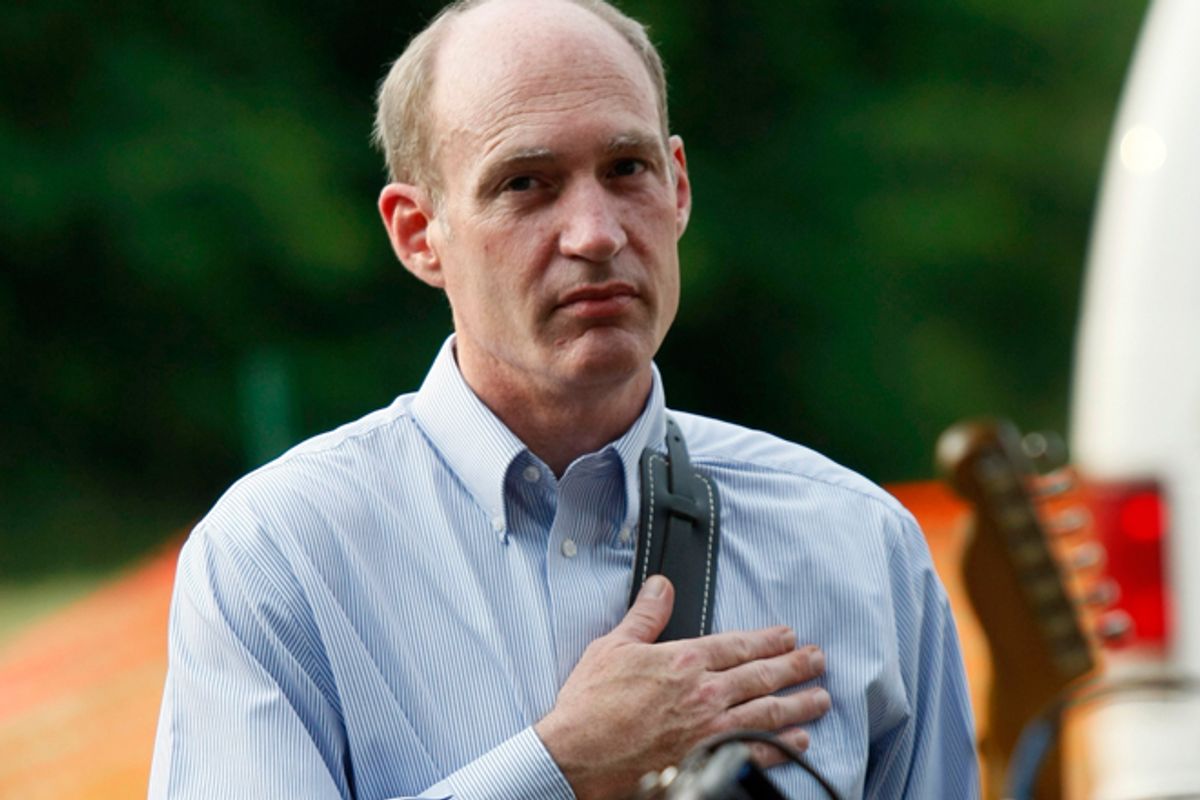 Rep. Thaddeus McCotter, a four-term Republican from Michigan, just became the first incumbent congressman in seven decades not to qualify for his party’s primary ballot.

Of the 1,830 signatures that his campaign turned in, election officials have decreed that just 244 are valid – well short of the 1,000 needed for ballot access. So while the state attorney general’s office looks into whether there was any intentional fraud on his campaign’s part, McCotter will now run as a write-in candidate in the August 7 primary. He still might survive – he says party leaders are on-board with the effort, and the only candidate whose name will be on the ballot has little money or name recognition – but Michigan’s rules for write-in candidates are a bit stringent, and the use of ballot stickers is barred.

That it’s come to this is, obviously, an indictment of the competence of McCotter’s political operation and, perhaps, the congressman’s judgment. (In trying to account for the snafu, he said that “someone… lied to me.”) But in a way, it’s also a cautionary tale about what can go wrong when your average backbench member of Congress becomes a minor cable news celebrity and mistakes it for having a genuine national following.

This is what led the 46-year-old McCotter to enter the Republican presidential race last July. First elected to the House in 2002, he gained a measure of prominence in the Obama-era through his House floor speeches and his appearances on the overnight Fox News show “Red Eye,” showcasing what Jim Newell called “his brand of ‘wry’ Republican and Tea Party humor, which is really just the same old nonsense with a twist of sarcastic condescension.” With Mitt Romney facing a skeptical party base, McCotter apparently spotted an opening and jumped in.

His campaign lasted for just two months, during which time he was roundly ignored by the media, donors and party leaders and finished dead last in the Iowa straw poll with a total of 35 votes – 0.2 percent. His most visible campaign activity consisted of pointedly tweeting about unrelated subjects during GOP debates he wasn’t invited to, and the most press attention he got came through sarcastic reporter tweets about the futility of his efforts. In September, he dropped out.

There may or may not be a direct relationship between that quixotic adventure and McCotter’s current nightmare. It’s possible his attempts to make it on the national stage caused him to take his eye off the ball on his House reelection, or maybe it’s just a coincidence. Either way, a presidential campaign that he thought would elevate his standing ended up having the opposite effect, and it looks more foolish than ever in light of this week’s news.

This is not the first time a story like this has played out. There’s the classic example of “B-1” Bob Dornan, the far-right Orange County congressman who tried to parlay C-Span prominence into a campaign for the 1996 GOP nomination. Unlike McCotter, he actually made it into the debates, but it didn’t matter. On the weekend before the New Hampshire primary, Dornan ended up literally begging a roomful of New Hampshire Republicans to check his name off so that he’d get at least one percent of the vote. They ignored him and he dropped out, then returned home to find his House seat in jeopardy. His vanity mission hadn’t gone over well with the locals, who ousted him in favor of Democrat Loretta Sanchez that fall. Dornan was last seen mounting a random 2004 primary challenge against Rep. Dana Rohrabacher, falling short by 68 points.

McCotter may yet avoid Dornan’s fate, and when you consider that even Herman Cain managed to gain traction last year, you can at least begin to understand why he decided to give the White House race a shot. But if he had it to do over, here’s guessing McCotter would have spent less time worrying about the Ames straw poll and more time focusing on his own backyard.