Updated: Images from the controversial video suggesting 2008 were actually filmed just a few weeks ago 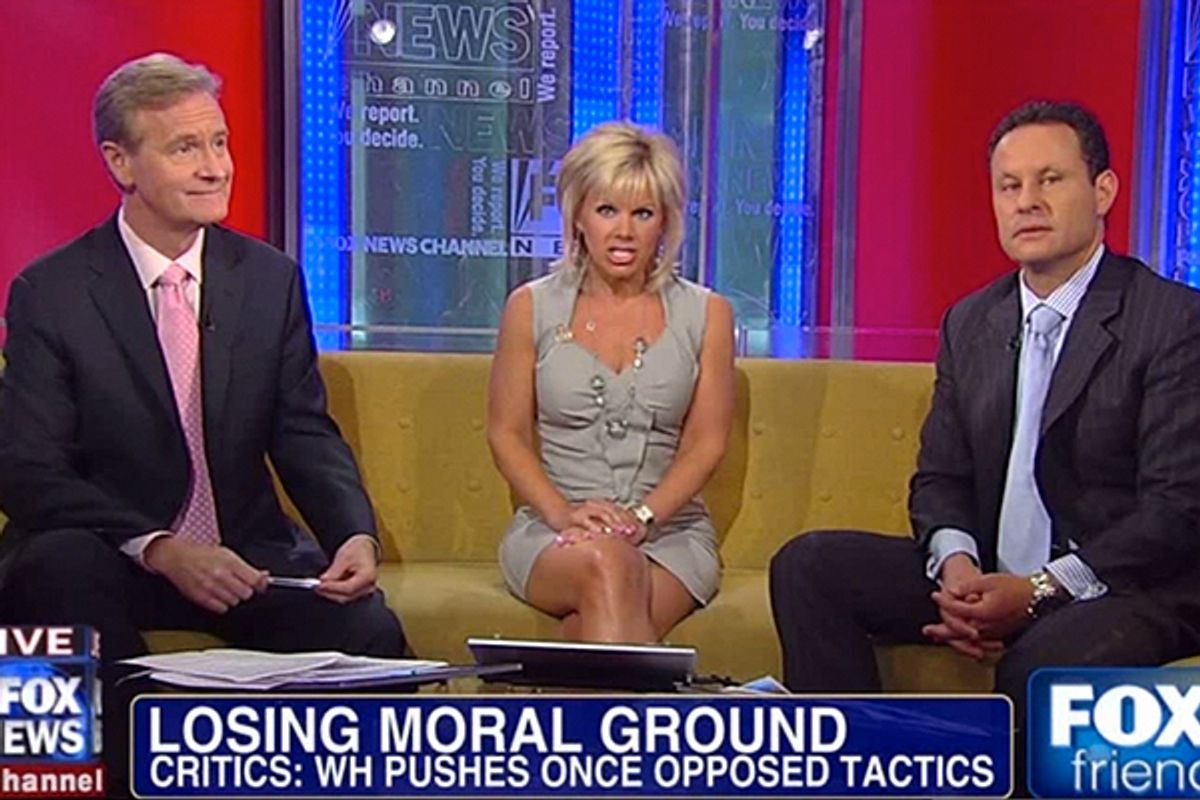 Fox News’ new four-minute attack ad against President Obama aims to contrast the excitement candidate Obama sparked in this country four years ago with the misery of higher gas prices and unemployment President Obama has supposedly wrought on the nation today.

The ad -- which the network seems to have a love/hate relationship with, as it’s been removed and replaced from its website at various points today -- starts with footage meant to represent the former Obama with his message of hope and change back in 2008 and then moves into the darker times of today.

But there’s just one problem: The montage of the cheering fans from yesterday seems to include footage from just a few weeks ago. About 35 seconds into the ad, the camera follows Obama walking into a packed arena, and one woman can be seen holding a campaign sign that reads “Forward” -- a slogan the campaign adopted less than a month ago.

The clip shows the inside of a stadium that highly resembles the Schottenstein Center at Ohio State, where Obama officially kicked off his general election bid on May 5. The crowd was given “Forward” signs there. Above Obama’s head in the Fox clip, scarlet banners can be seen -- much like the ones that can be seen behind the crowd in photos from the May rally (scarlet is one of the school’s colors). Obama is also wearing a light blue shirt in the Fox ad that appears similar to the one he wore at the rally. Meanwhile, the arena is adorned with the wrong color for 2008: Light blue. That color was adopted by the campaign this year, while the other “hope and change” clips from the ad show the familiar navy blue signage of four years ago.

Update: Fox News' Executive Vice President of Programming, Bill Shine, tells Yahoo News, "The package that aired on 'Fox & Friends' was created by an associate producer and was not authorized at the senior executive level of the network."