Updated: The four-minute video aired on Fox and Friends before the network pulled it from its website 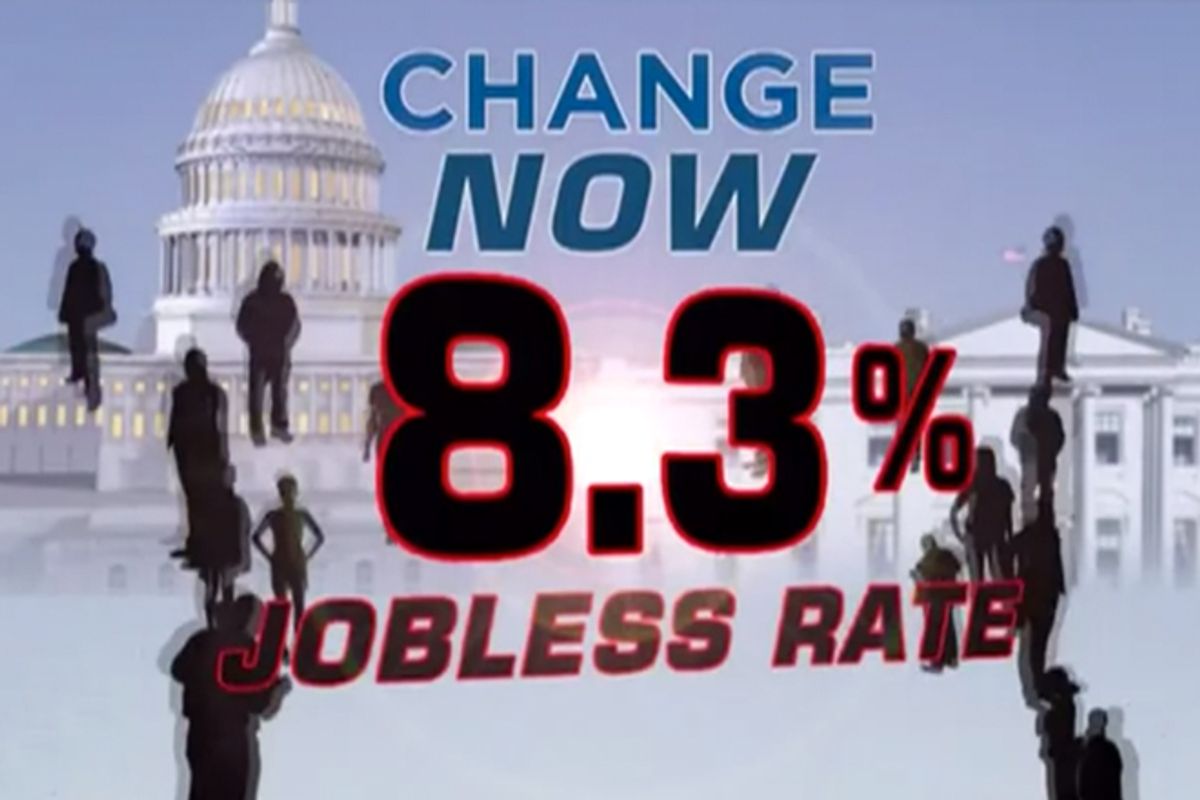 Perhaps frustrated after years of pretending to be a “fair and balanced” news organization, Fox News threw out its usual playbook of merely skirting the line of journalistic ethics today and went all-in with a four-minute video that can only be described as a political attack ad.

The slickly-produced video, which Fox & Friends co-host Steve Doocy said had been “weeks” in the making, aired on the morning news show today after a brief introduction from the Fox crew. “Let’s talk a little bit about what the campaign slogan used to be for President Obama when he was a candidate. Remember it was ‘hope and change,’” co-host Gretchen Carlson said, “so we decided to take a look back at the president’s first term to see if it lived up to ‘hope and change.’”

What follows has all the trappings of a classic negative campaign ad: Dark and ominous orchestral music, news anchors intoning about various troubles facing the American middle class, quick cuts to stock footage of foreclosure signs, and graphics comparing gas prices and food stamp usage before and after Obama’s term. If one removed Carlson’s introduction and the Fox ticker at the bottom, even the most informed political observer would think it was produced by a Karl Rove attack group or a Mitt Romney super PAC -- not a “news” organization.

Of course, Fox has long been a sort of hybrid between a real news organization and a GOP messaging shop, but the attack ad is a new level of brazenness for an already brazen outfit.

It may, in fact, even be too much for Fox executives, as the video appears to have been removed from the network’s website. It could also potentially violate parent company News Corp’s ethics standards, which prohibit the use of company resources to aid political candidates. “Always keep in mind that ‘contribution’ is defined broadly,” the ethics guide warns. It seems highly unlikely, though, that the company would worry about this, as much of what Fox has done could be considered aiding a various candidate in some sense.

A Fox spokesperson did not immediately respond to a request for comment.

Some conservatives are also concerned. “Should a news organization produce and publish attack ads like this?” Hot Air’s Ed Morrissey wondered. “We usually criticize that kind of behavior with other news organizations ... That shouldn’t be the job of news-reporting organizations, even when we like the message.”

The ad comes just six months after Fox News chief Roger Ailes declared the network was undergoing a “course correction” to get away from the rank partisanship it had come to be known for. The network tried to “distanc[e] itself from the tea party cheerleading that characterized the first two years of President Barack Obama’s presidency” and “ increasingly promoted its straight-news talent,” Politico reported in February. So much for that.

Update: After displaying an error message for several hours today, suggesting it had been removed, Fox’s video of the ad is now working properly. The network may have decided to own the controversial spot, as Fox Nation, the rabidly right-wing aggregation arm of the news channel has now posted and tweeted the video, declaring it a: “MUST-SEE VIDEO.”

Update 2: The Fox Nation post has been taken down.

Update 3: Fox News’ Executive Vice President of Programming, Bill Shine, tells Yahoo News, “The package that aired on ‘Fox & Friends’ was created by an associate producer and was not authorized at the senior executive level of the network.”