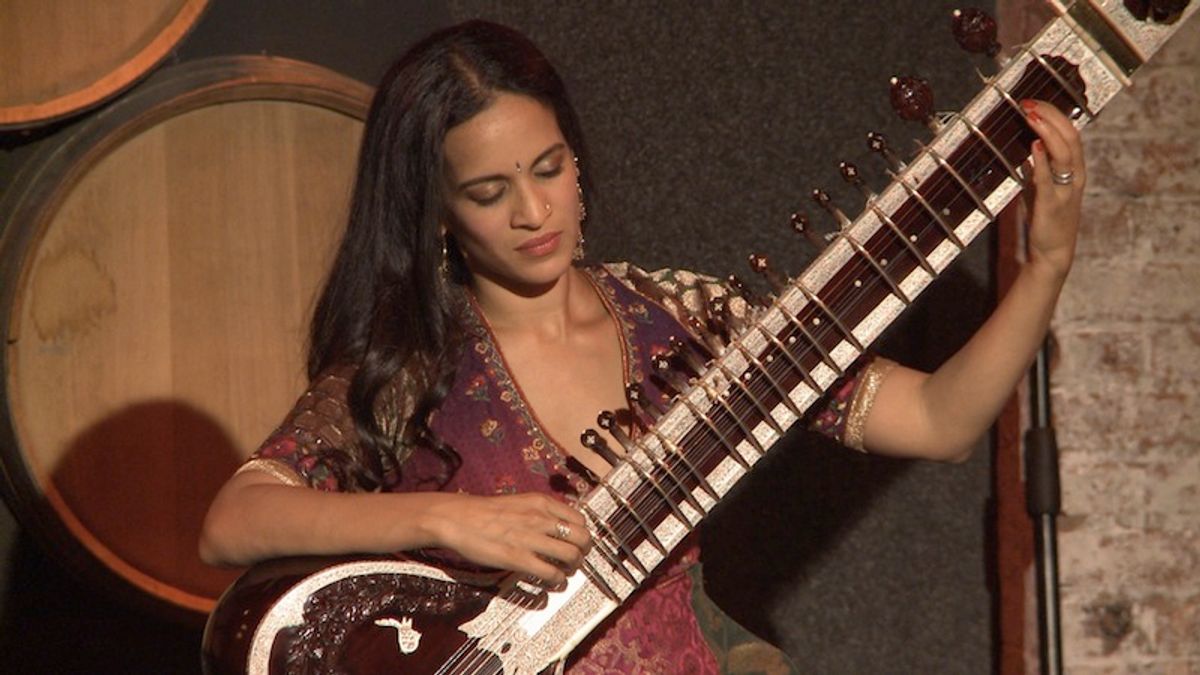 There was a time when Anoushka Shankar’s music fell under her father’s shadow — how could it not, when you play the sitar and your father, Ravi Shankar, just happens to be the most famous sitar master in the world?  But Anoushka has established herself as an extraordinary musician in her own right, with her own distinct voice. In London she recently won the Songlines Music Award for Best Artist of 2012. Her new album, “Traveller,” finds her exploring the common roots of Indian classical music and Spanish flamenco.  She says the technical challenges were formidable, but the music explodes with an intensity that makes it all sound natural — and beautiful.

And as she explains to SOUND TRACKS reporter Arun Rath, she managed to get it all done through the pregnancy and birth of her first child, who now travels with her on tour.