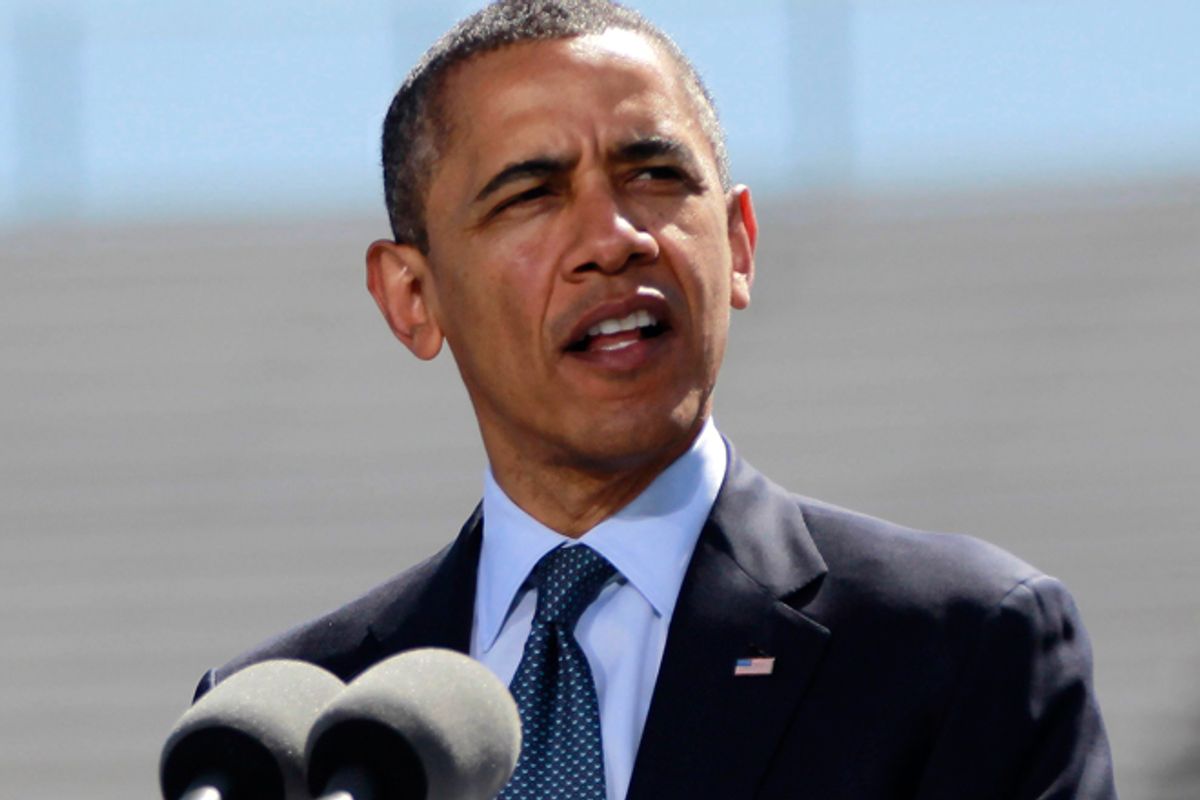 A silver lining for Barack Obama’s reelection prospects, supposedly, is that the economy is stronger in some of the most pivotal swing states than it is at the national level. The implication is that this might boost Obama where it matters most, helping him to perform better in the Electoral College than his national approval rating or head-to-head standing with Mitt Romney would suggest.

Some new swing state numbers from NBC News/Marist, though, suggest this effect might be very limited.

Take Iowa, where the unemployment rate sits at just 5.1 percent, one of the healthiest scores in the country. Iowa is also a state that Obama carried by ten points in 2008, overperforming his seven-point national margin over John McCain. But NBC/Marist now has Obama tied at 44 percent in the state with Mitt Romney.

Notably, it doesn’t seem that Obama is getting any extra credit among Hawkeye State voters for their relatively strong economy. His approval ratings sits at 46-45 percent, which is about where it is nationally, and on the question of which candidate would do a better job on the economy, Romney outpaces him, 46 to 41 percent. This too mirrors what’s happening at the national level.

The results are similar in Colorado, where the unemployment rate sits just under 8 percent, slightly better than the national number. Obama won the state by nine points in ’08, but he leads Romney by just two points now, 48 to 46 percent. As in Iowa, a plurality of voters – 45 to 42 percent – say Romney would do a better job than Obama on the economy.

There are a few ways to account for what’s going on here. For one thing, this is only one poll from two states. There are other states whose economies are outpacing the rest of the country where the numbers are slightly more encouraging for Obama – Virginia, for instance.

It’s also worth noting that unemployment never spiked in Iowa in 2009 and 2010 the way it did in other states. In Obama’s first full month in office, February 2009, the state’s jobless rate was measured at 6.2 percent, and it has never reached higher than 6.3 percent during Obama’s term. Maybe it would be a different story for Obama if Iowa’s current unemployment rate represented a steep decline from the double-digit/near-double-digit levels seen elsewhere during his presidency. And in Colorado, the current 7.9 percent jobless number is actually up 0.7 points from where it stood during Obama’s first full month.

But the NBC/Marist results also speak to the primacy of national economic conditions in shaping voters’ attitudes, no matter where they live. A team of political scientists investigated the effect of state-level unemployment on presidential popularity and concluded that it has one-fifth the effect of national-level jobless data. That is to say:

This may help explain why clear majorities in Iowa and Colorado say the country is heading in the wrong direction.

That said, it’s hard to look at past presidential elections and not see at least some effect from variances in the strength of state economies. The most striking recent example was probably in 1988, when the brutal farm economy of the upper Midwest probably accounted for the one non-coastal patch of Dukakis states on that year’s map. But the effect usually isn’t that dramatic; otherwise, Obama would probably be in better shape in Iowa right now.