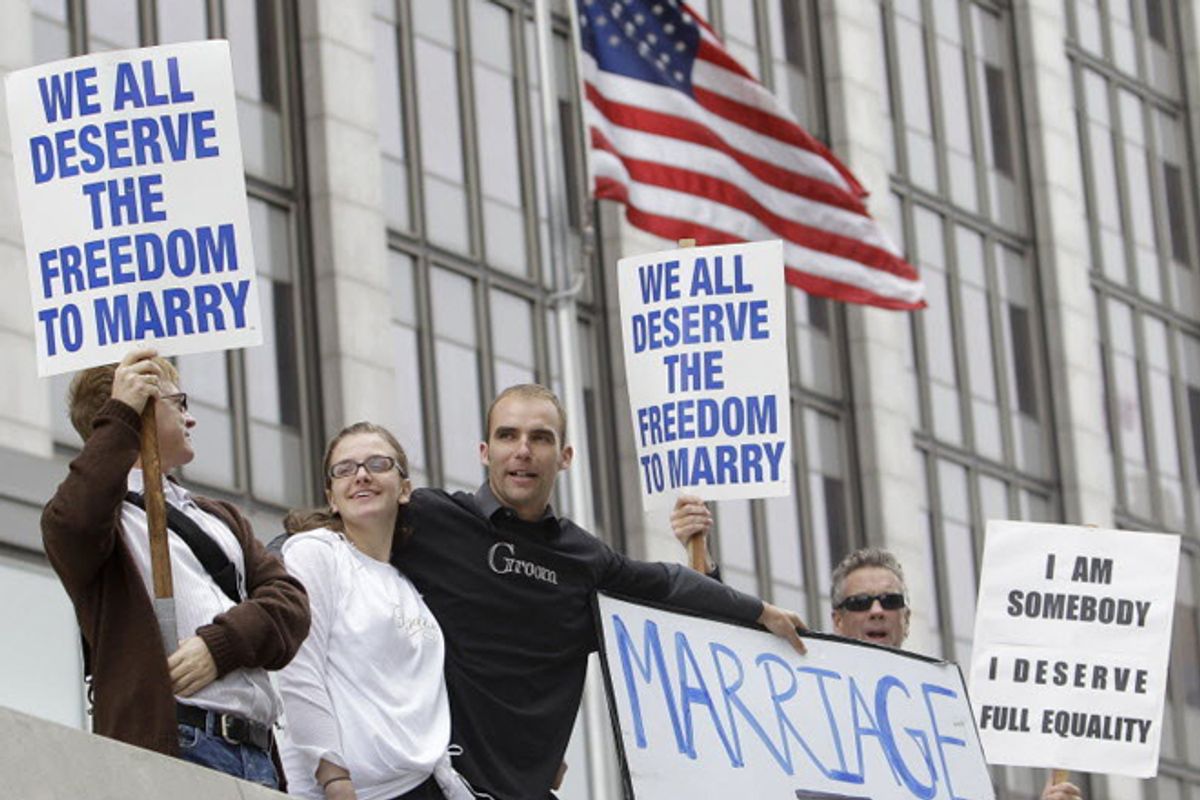 When the Obama administration announced it would stop defending the Defense of Marriage Act (DOMA) last year, conservatives slammed the decision as a subjucation of the Constitution, but this morning, a federal appeals court in Boston sided with the administration in ruling a key provision of the anti-gay law unconstitutional.

Specifically, the First Circuit Court of Appeals took issue with Section 3 of the law, which defines marriage, for the purposes of the federal government, as between a man and woman. The decision of the three-judge panel was unanimous.

Judge Michael Boudin, who was appointed by George H.W. Bush, wrote the opinion, declaring the law discriminatory. “One virtue of federalism is that it permits this diversity of governance based on local choice,” Boudin writes, including deciding to allow gay couples to marry. Congress, he continued, does not have the right to discriminate against gay couples and states that choose to recognize them without clearly showing why that discrimination is in the “federal interest.”

This is not the first time a court has found the law unconstitutional, but it is the highest court to do so thus far. However, DOMA’s ultimate fate will almost certainly be decided by the Supreme Court at a future date.

“We’ve been working on this issue for so many years, and for the court to acknowledge that yes, same-sex couples are legally married, just as any other couple, is fantastic and extraordinary,” Lee Swislow, the executive director of Gay & Lesbian Advocates & Defenders, which helped litigate the case, told the AP.

When Obama announced the Department of Justice would stop defending the law, House Speaker John Boehner (R-Ohio) established an outside group to fight on its behalf in court, costing taxpayers at least $1.5 million. DOMA also became a minor issue on the campaign trail, with Rick Santorum saying Obama’s decision to let it die was an effort to “erode” America. Newt Gingrich even suggested it was an impeachable offense.