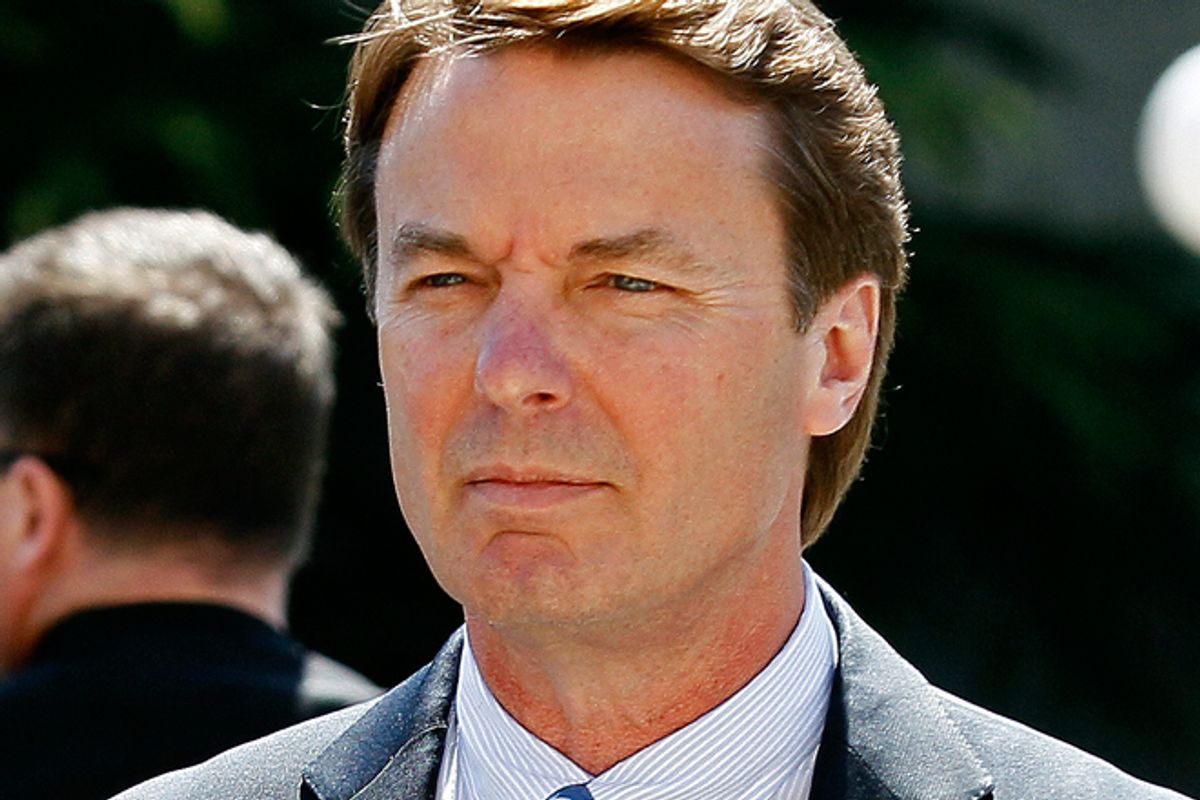 John Edwards was found not guilty on one count today in his corruption trial in North Carolina, but the jury was deadlocked on the remaining five. The judge declared a mistrial on the outstanding charges, suggesting the saga may be far from over.

Edwards, the former senator and presidential candidate, is charged with violating federal election laws while trying to cover up an extramarital affair and love child in 2008. The six counts are related to improper use of campaign donations and accepting illegal campaign contributions. He faced a maximum of 30 years in prison and $1.5 million in fines if convicted on all counts.

Count three, the only one the jury ruled on, alleged that Edwards received excessive campaign donations from billionaire Bunny Mellon. Edwards will walk away as a free man.

The news of the verdict was bungled when, in a highly unusual move, the jury announced they had reached a verdict on the one count, which was misunderstood as a verdict on all counts. The initial announcement unleashed a tide of breaking news alerts and blaring chyrons on cable news outlets, only for it to be revealed minutes later that the jury was actually deadlocked on most of the counts and had only reached a verdict on one out of six. The jury had deliberated for eight days without a verdict in the case that experts had said would be difficult for the federal government to prove.