Welfare baby Curt Schilling: I am not a welfare baby 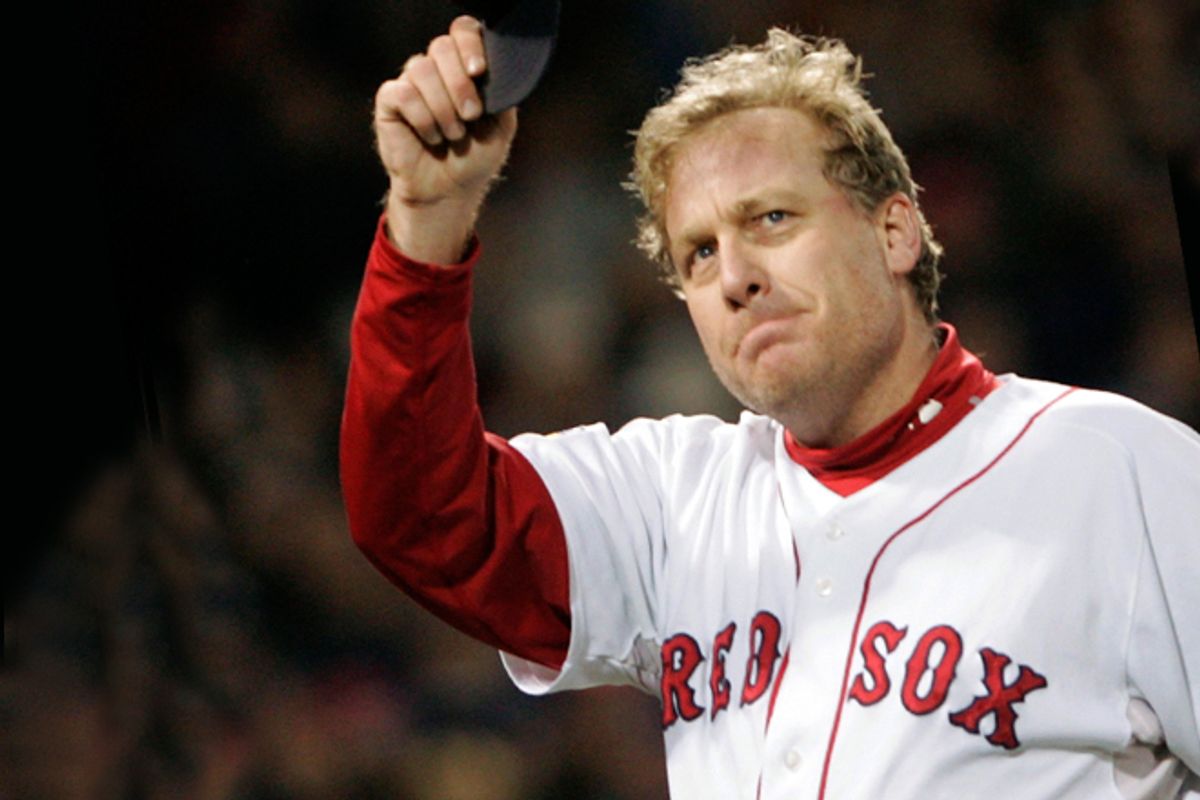 Curt Schilling is a former MLB pitcher most famous for winning a baseball game against the Yankees even though his foot was in the process of falling off, so it made perfect sense for the state of Rhode Island to loan him millions of dollars to create a video game. (??) Shockingly, the video game company founded by a former pitcher did not end up managing its expenses very well and, long story short, all the employees have been let go and the state of Rhode Island will now probably face a major budget crisis as they take control of a video game company with no employees and lots of state-government-guaranteed debt.

Rhode Island passed a law in 2010 giving a state board license to use huge guaranteed loans to bribe "high-tech and 'knowledge-based' companies" into relocating to Rhode Island, and for some reason eight separate adult humans on board of the Rhode Island Economic Development Corporation thought Curt Schilling's video game company, which had not yet produced a video game, was a really great investment for the state. Former Rhode Island Governor Don Carcieri was the biggest booster of the deal, which was supposed to bring hundreds of wonderful, high-tech jobs to the state. It is hard to understand why this happened, except that a couple of well-connected people made a depressingly modest amount of money from the deal, and Curt Schilling is a sports folk hero in the area.

And of course Schilling is also a longtime loud-mouthed, ultra-conservative, rich Tea Party moron from way back who regularly bemoans that the government takes money that he could be using to create jobs. "I'm not looking, never have been, for handouts," he told Sean Hannity in March. In May, Schilling's government-handout-supported company missed a $1 million payment, stopped paying its employees, and begged for millions in tax credits from the state that it could sell to stay afloat.

The tough, gritty, gutsy ballplayer defended himself this week thusly:

I've never taken a penny and I've done nothing but create jobs and create economy. And so how does that translate into welfare baby? I've tried to do right by people.

See, Curt, it translates into "welfare baby" because you are ... begging the government to give you more money. (Schilling also blamed independent Rhode Island Governor Lincoln Chafee -- who opposed the loan guarantee deal from the beginning -- for 38 Studios' failure, saying that if the governor hadn't pointed out publicly that the company was out of money, no one would have noticed that they were out of money, and they could have attracted investors from the private sector, who are of course chomping at the bit to throw money at a video game company founded by a former professional baseball player that successfully released one game in six years.)

But with a lot of grit and determination, I am sure Schilling will emerge from this terrible trial slightly bloodied but still totally rich and famous while some schools get shut down or some firefighters are laid off or something because of this gritty new addition to Rhode Island's budget deficit.