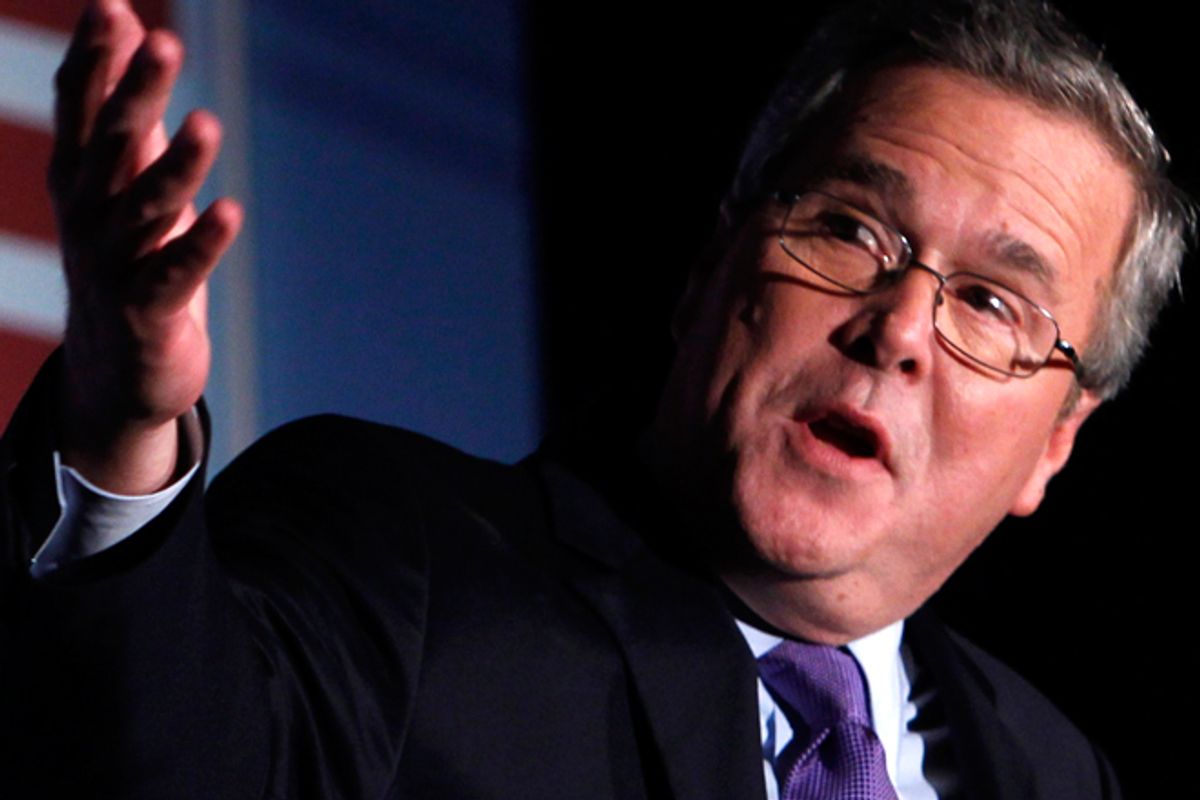 Last summer, in one of the first Republican presidential debates, every single candidate on the stage said they would turn down a hypothetical deal with Democrats to cut $10 dollars in government spending for just $1 in tax increases.

Today, former Florida governor Jeb Bush broke with his party’s anti-tax theology when he told House Republicans that he would happily take that deal. “If you could bring to me a majority of people to say that we’re going to have $10 in spending cuts for $1 of revenue enhancement -- put me in, coach,” Bush told the House Budget Committee, chaired by Rep. Paul Ryan, R-Wis.

And in perhaps an even greater conservative sacrilege, Bush told the committee that he has repeatedly rejected signing Grover Norquist’s anti-tax pledge. Virtually every Republican in the country running for everything from president to state representative has signed Norquist’s pledge, which holds lawmakers to a hardline anti-tax policy that doesn’t even allow for the expiration of corporate subsidies, like those for ethanol production.

Of course, 10-to-1 would be not just a win for Republicans, but a rout. But the hostility to any kind of tax increase shows just how far to the right the party has drifted (Reagan raised taxes 11 times). “I appreciate your candor,” Rep. Lloyd Doggett (D-Texas) replied. Ryan, not surprisingly, did not comment on the news.

Jeb Bush has long been milder than his brother (the former president) and much of his party, especially in rhetoric, if less so in policy. At a press conference I attended in Miami in January, Bush repeatedly referred to President Obama’s national health care law as the “Affordable Care Act,” instead of the epithet “Obamacare,” which every other Republican uses (this was before Obama adopted the term himself).

But Jeb Bush was a highly popular governor and is an able politician -- he switches flawlessly between English and Spanish when speaking with the press of each language -- and he has been put forward as a potential vice presidential pick, though he’s repeatedly said he’s not interested.

Indeed, his openness to tax increases will likely disqualify him single-handedly, if he hasn't been already. “This will prove I’m not running for anything,” he joked today, eliciting laughter.