In a new interview, the former candidate can't help but undermine Romney, even though he now "supports" him 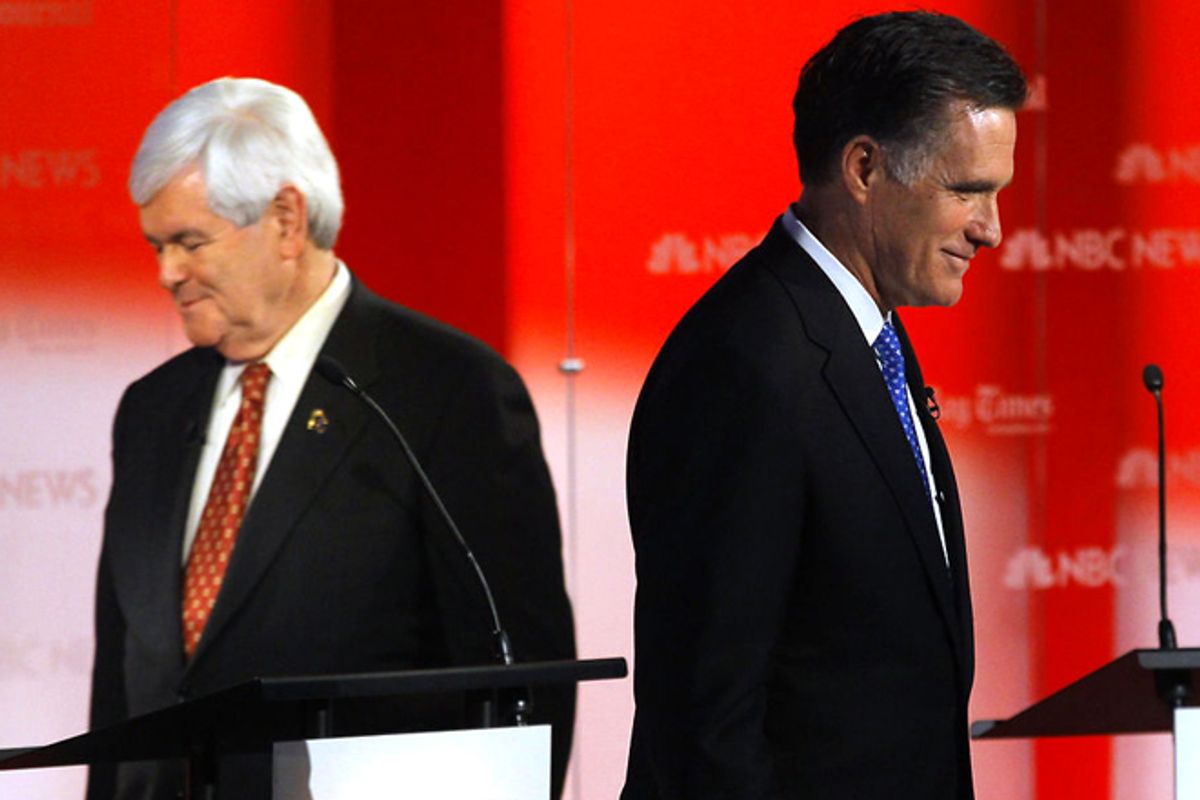 Mitt Romney surrogate Newt Gingrich offered “grudging respect” for his former primary opponent in an interview with Bloomberg Businessweek, suggesting the former Massachusetts governor only won the Republican primary because had more money.

“[F]rankly, the Romney people did the only thing they could. They used their strengths — which were money and the super PAC and a willingness to go after me very aggressively — to offset my strength, which was an ability to define a larger, better future,” Gingrich said. “It’s not bad to say [Romney] has proven he will do what it takes to beat Obama. It’s the nature of our current political culture that cynicism trumps idealism,” the former speaker added, coming very close to calling Romney cynical.

Gingrich hasn’t really figured out this whole surrogate thing for Romney, calling him a liar -- twice -- even after endorsing the candidate. Still, Gingrich has shown some real sycophancy at moments, perhaps because he may be relying on the victor to pay off his campaign debt.

Meanwhile, while Gingrich has tried to paint himself as a campaign finance reformer, even slamming super PACs for tipping elections, the former Speaker relied on a super PAC and a single donor to keep him afloat for months after he otherwise would have been forced out of the race.