A jobs report only Romney could love. Unemployment rises while job creation sputters to stall-out speed 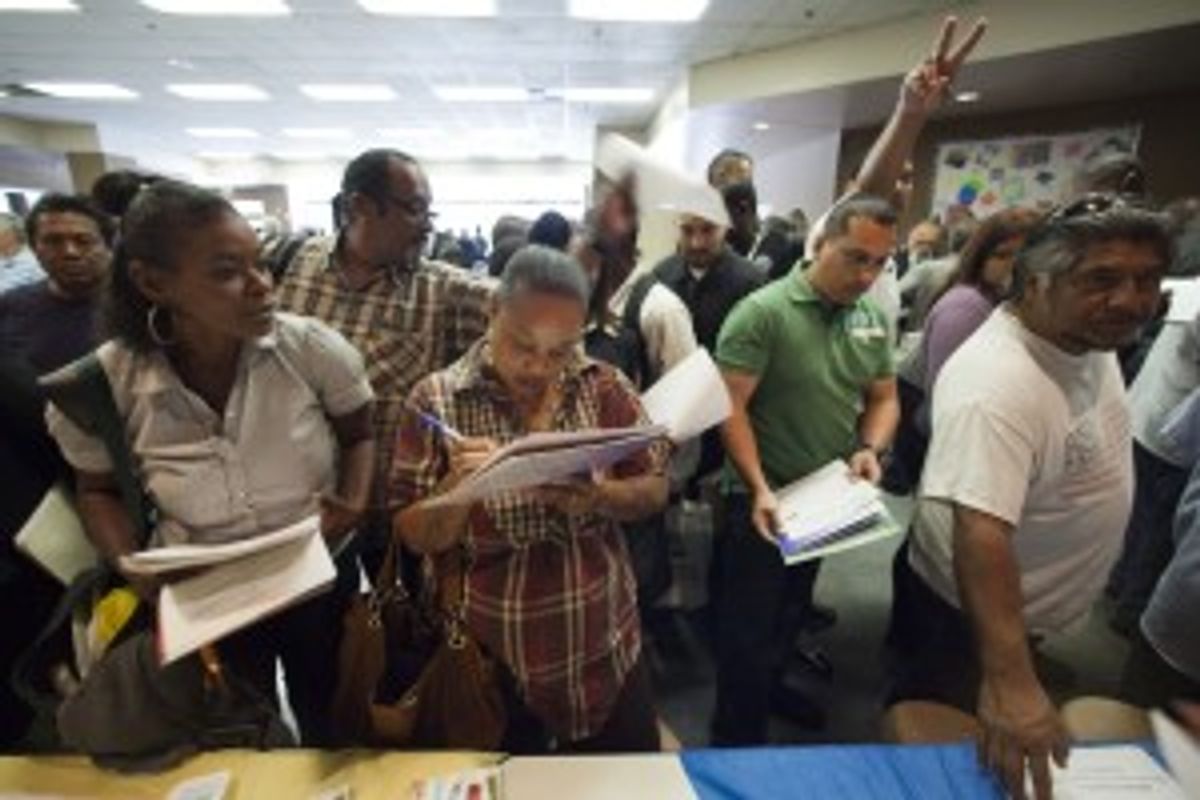 Never mind the mixed signals the U.S. economy has been sending the past couple of weeks. On Friday, the Bureau of Labor Statistics delivered a body blow to optimistic hopes. The United States created only 69,000 news jobs in May, a number far below the consensus expectation of economists and providing fairly conclusive proof that a real slowdown is in place. The numbers for April and May were revised down, significantly -- in May's case, from 115,000 to 77,000. In the first quarter of this year, average monthly job growth was over 200,000. The trend line from January to May makes for glum reading: 275,000, 259,000, 143,000, 77,000, 69,000. At this rate, we could be looking at a recession by Election Day. Unemployment ticked up one notch, to 8.2 percent.

As economist Betsey Stevenson tweeted on receipt of the news, "It's going to be hard to find the silver lining in this report." Longterm unemployment -- people out of work for more than 27 weeks -- jumped by 300,000. The number of persons considered "involuntary" part-time workers rose, as did the number of persons "marginally attached" to the work force -- people who want a job but who hadn't actively looked for one in the four weeks before the jobs report. The average number of hours worked per week actually fell.

The only real hopeful sign: the labor participation rate finally picked up a tad, which suggests that at least part of the rise in the unemployment rate is a function of an increased number of Americans actively looking for work, perhaps encouraged by the strong economic growth earlier in the spring.

But will they stay encouraged?

This is the jobs report that economists -- and the White House -- feared. For 3rd straight year, the spring slowdown has arrived.

Politically speaking, it would be foolish to downplay the importance of this labor report. It cements in place perceptions that the U.S. economy is headed backward just as we enter the final five months of the 2012 election campaign. Investors already alarmed by Europe's continuing train wreck and strong signs of an economic slowdown in China now have even more to worry about, which is likely to further depress already skittish financial markets.

If you're handicapping the election, the chances of a President Romney getting inaugurated next January just took a big leap up.