Democrats may not oust Scott Walker. But they'll be able to thwart him if they can capture the state Senate Tuesday 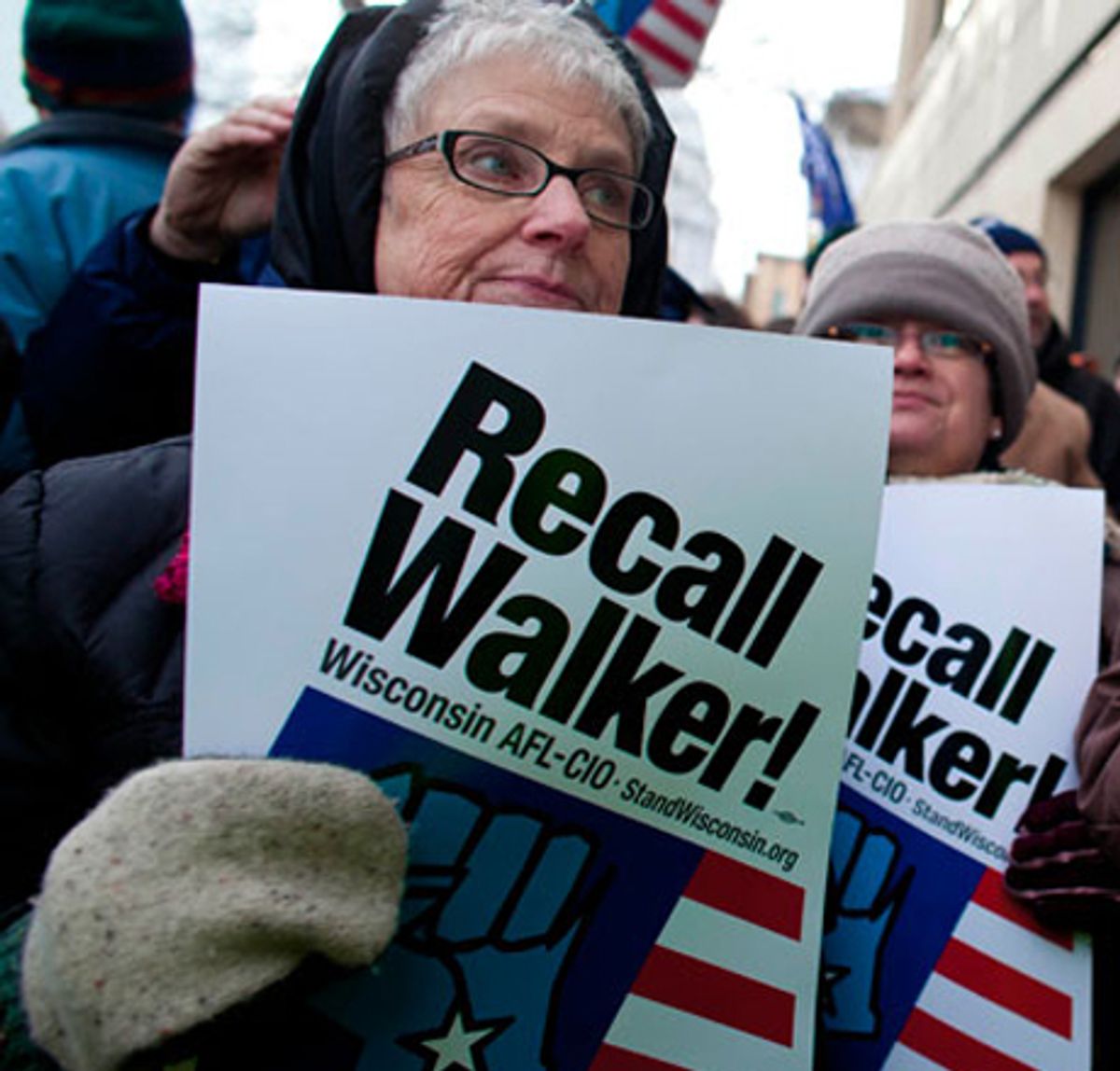 While polls suggest the main event in Wisconsin does not look great for Democrats, there’s a whole other recall that’s largely slipped under a radar today that could offer a ray of hope for liberals, if a small one.

New York Times handicapper Nate Silver gives incumbent Gov. Scott Walker a 95 percent chance of victory today over Democratic Milwaukee Mayor Tom Barrett. If the prediction proves true, it’d be a bitter defeat for Dems and labor activists in a race that has captured national attention as a proxy battle in the country’s ideological war.

But the prospect for progressives looks much better in Wisconsin’s other recall battle today, for control of the state Senate. “We feel confident that we will take back the state Senate today,” Wisconsin Democratic Party spokesman Graeme Zielinski told Salon.

While it’s gone almost completely unnoticed, there are four Republican-held state Senate seats up for grabs today, and Democrats need to win just one to wrest control of the chamber and win a potential check against Walker’s agenda, should he win again.

Democrats seem to have the best chance in the 21st District, where an internal Republican poll leaked to the Weekly Standard last night showed incumbent Van Wanggaard in trouble. A PPP poll from April showed the incumbent up slightly, but the new GOP poll shows him under 50 percent and behind Democrat  John Lehman by “single digits.”

The 23rd District is also in play, where both sides have invested heavily. Democrat Kristen Dexter has already beat Republican incumbent Terry Moulton once, in a state Assembly race four years ago.

The 29th District, where Republican Jerry Petrowski is facing off against Democrat Donna Seidel, is unusual in that there is no incumbent. Organizers got enough signatures to recall Republican Sen. Pam Galloway in the Northern Wisconsin district, but two months later, she resigned, citing family health problems. Republicans are expected to hold the seat, though Democrats think they have a chance here too.

Depending on turnout for the gubernatorial title fight, Zielinski said Democrats feel they have “a very good chance of sweeping all three Senate districts.”

The final seat up for grabs today belongs to Majority Leader Scott Fitzgerald, a close Walker ally. While he’s leveraged his political clout into strong poll numbers, the race has attracted an interesting Democratic challenger, whom Mother Jones’ Andy Kroll profiled yesterday. Lori Compas, a wedding photographer who had never been involved in politics and announced her political ambitions on Facebook, perhaps best represents the grass-roots spirit of the anti-Walker movement in the state.

With only one seat needed for the consolation prize, a Democratic win seems very likely. Still,  it’s unclear what that will mean. “Right now we’re focused on the 8 p.m. hour [when polls close] and we’ll see what happens after that,” Zielinski said.

Control of the Senate could help Democrats block new pieces of the Walker agenda, though many of its most pernicious reforms have already gone into effect, and control of one chamber will not be enough to undo them.

Republicans are also counting on the fact that, even if they lose the Senate in today’s special elections, they have a good shot of retaking control in November’s regular election. The GOP will have two good pickup opportunities then, but if Democrats win two or three seats today, the calculus could shift.

Regardless of what happens in coming months, a win in the state Senate tonight will no doubt be held up as a victory for Democrats and progressive activists who have fought so hard against Walker. It’ll be either a salve for the pain of a Walker win or the icing on the cake of a Barrett upset.