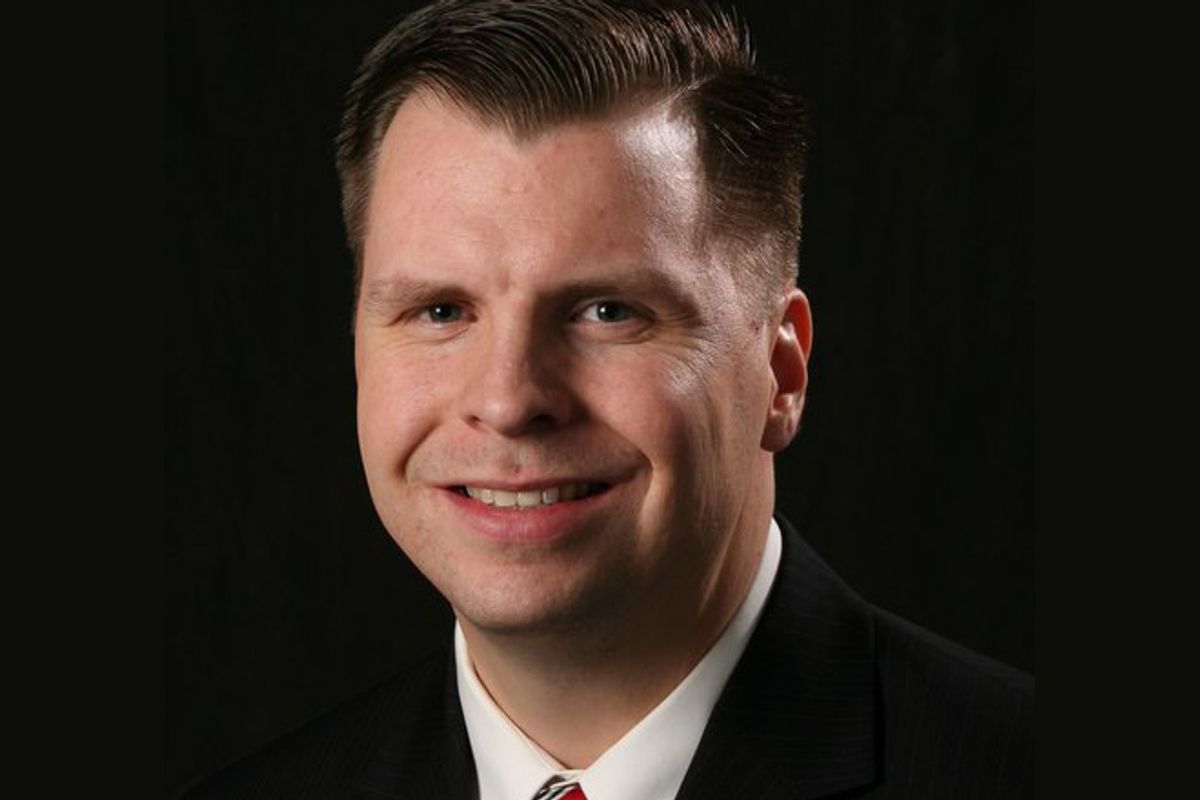 Dan Liljenquist is a proud former Bain consultant, a conservative-backed Republican trying to knock off longtime Republican Sen. Orrin Hatch of Utah in a primary, and ... a supporter of reinstating liberal hobbyhorse Glass-Steagall?

At a town hall meeting  Saturday, in which Liljenquist repeatedly touted his tenure at "Mitt's company” -- a reference to Bain & Co. -- Liljenquist was asked, “Are you in favor of reinstituting Glass-Steagall?” the Depression-era law that put a firewall between investment and deposit banks.

“I am in favor of reinstituting Glass-Steagall,” he says in a video of the event uploaded to YouTube by user Joseph Antley, “but let's take it offline. It's very complicated for most people,” he says to the audience member, who had asked several questions. “I'd reinstate Glass-Steagall. We'd put the wall back up between investment banks (think Goldman Sachs) and deposit banks (think Wells Fargo),” he said in response to a separate question at the same event, according to a transcript from local blogger John English.

Considering that anti-Wall Street hero and Massachusetts Democrat Elizabeth Warren has had a hard time attracting Democratic support for her call to reinstate Glass-Steagell, it’s interesting to hear a conservative Utah Republican voice support for the bank regulation. Especially considering that in the same town hall, Liljenquist said he is a "huge Mitt Romney supporter" and vowed that he would "use every ounce of my training at Bain Consulting and in the private sector to dive into the financial issues of our time.”

“I’m a little surprised to hear that,” said Tim Chambless of the Hinckley Institute of Politics at the University of Utah, a frequent commenter on Utah politics. So surprised, in fact, that Chambless wanted to hold off on responding to it before he could verify the quote and read it for himself.

The Liljenquist campaign did not respond to multiple requests for clarification.

The question came after Liljenquist discussed his opposition to bank bailouts and his belief that Wall Street was engaged in overly risky behavior before the financial crisis. “When you take the downside of that behavior away, then people engage in riskier and riskier and riskier behavior,” he said. “And that’s what happened with Wall Street. They got away from all good lending practices, they got away from all rationality, they leveraged themselves up 42 to 1 on the dollar thinking, you know what, if this goes south, we’ll get ours and everything will be fine,” he added.

The video of the town hall was embedded in several news stories about the campaign, but Liljenquist’s comment on Glass-Steagall appears to have gone unnoticed, until now.

Liljenquist forced Hatch into a primary, scheduled for later this month, after the veteran senator, who has served 34 years in Washington, failed to secure enough votes at the Utah GOP convention in April to head off an election. While there’s been scant polling, Hatch remains the favorite, but had to move well to the right to shore up conservative support. Sarah Palin endorsed Hatch last month, angering some conservative activists, and while most major conservative super PACs have so far stayed out of the race, they could jump in against him at any moment. Liljenquist has tried to make a big issue of Hatch’s reluctance to confront the challenger in person, and is even planning to debate a cardboard cutout of Hatch on Thursday.