Trust me on this: Scrooge! 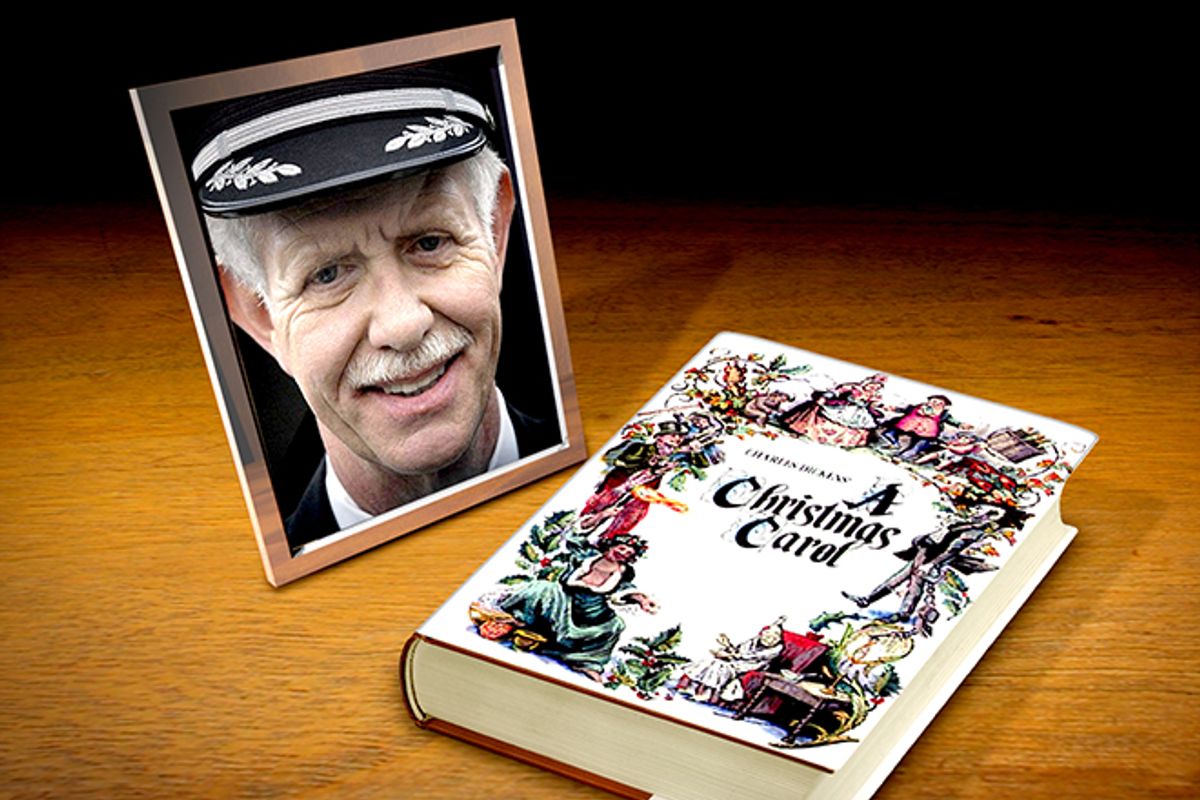 When our daughters were little, I liked to have us watch the Dickens story "A Christmas Carol." It’s about discovering empathy and achieving redemption. We'd watch it around the holidays, but I think those are important themes all the time. The girls don’t seem to like the movie as much as I did; it never resonated in quite the same way as it did with me. But something still registered. I think that they do have a sense of empathy, of connectedness, an obligation to society and to others.

Watching it is sort of an occasional thing, but I guess that makes it more special. It’s something we watch because we want to. We started showing it when they were very young -- the Disney version -- but by the time they were in early grade school, they could kind of get it. To reinforce the themes of the movie, my wife would always have the girls divide their allowance into thirds: A third for saving, a third for spending and a third for giving. After a period of time, sometimes at the end of the year, they would take their little bit of money and choose where to give it. That’s how we became associated with organizations like Saint Jude’s Children’s Research Hospital and Guide Dogs for the Blind. We’ve tried to encourage them to have that in their lives.

My mother was a first-grade teacher, so I credit her with this lifelong intellectual curiosity I have, and love of reading and learning. From a very early age, before they could understand what we were saying, we read to our daughters. Just the act of having them sit on our laps, having them hold the book and be close to us and listen to the stories. Some of our fondest memories are when the girls were very small. My wife and I would sometimes peek through the crack of the door and observe them reading the little cardboard books to their stuffed animals and their dolls. They couldn’t read yet, but they could tell the stories that we’d read to them by memory. The girls are almost two years apart, and at one point, by the time my older daughter could read, she’d have her sister on her lap and be reading to her. It’s that kind of storytelling and closeness and appreciation for reading and learning that we try to pass on.

I think it’s become an economic necessity for people to be able to learn and grow throughout their lives, because most people can’t get through their entire career with one skill set. We have to keep reinventing ourselves. We’re so blessed to have great kids and good students, and they even like us most of the time. One daughter is just finishing her freshman year of college and one’s a junior in high school. The older one just came home from college unexpectedly and surprised my wife and her sister for Mother’s Day. So it was a welcome homecoming.

Who knows if it’s because of "A Christmas Carol" or everything else or something else, but I think in aggregate it seems to have worked. Our daughters seem to have that sense of awareness of others and their needs. I think the movie is a story about a humanity that we all have, and we need to make sure it’s not asleep. And we need to act on it.

Capt. Chesley Sullenberger is best known for successfully landing US Airways Flight 1549 in the Hudson River just off Manhattan when the plane struck a flock of geese. He is the author of the memoir "Highest Duty: My Search For What Really Matters" and "Making a Difference: Stories of Vision and Courage from America's Leaders."

Charles Dickens Parenting Trust Me On This