Virginia GOPer: No gays on the bench 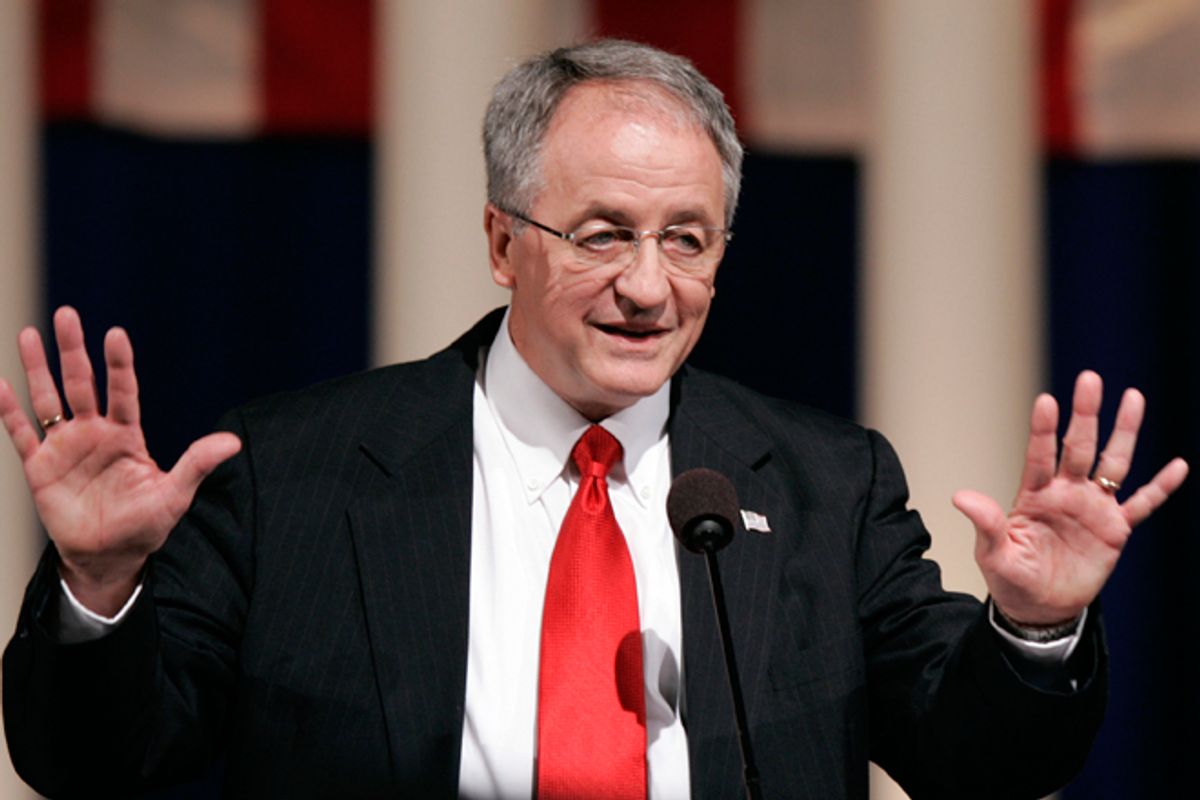 Virginia Republican Delegate Bob Marshall, one of the country’s most outspoken anti-LGBT lawmakers, said he would disqualify an openly gay nominee for the Supreme Court if Marshall wins his Senate bid and has a chance to vote judicial nominees.

In an interview with WMAL radio this afternoon, he said he would be okay with voting for a nominee who was attracted to people of the same gender, but not if they acted on that. “If someone was nominated to sit on the Supreme Court, and they were openly gay, would that be a disqualification for you?” the host asked.

“If you have a same-sex attraction, per se, no,” he said. “But If you’re telling me that you engaged in behavior which used to be criminal, I’d have to say, why would I put you on the court?”

Asked again to clarify, he replied, “Behavior would be problematic for me, an inclination for same sex-attraction alone would not, no.”

Marshall is facing former senator George Allen in a Republican primary for the right to go up against presumed Democratic nominee Tim Kaine, also a former governor. While Marshall has little chance of winning the nomination, let alone the general, he has become a national figure on both sides of the culture wars. He’s a hero to many on the Christian right for his persistent opposition to gay rights and a national villain among equality activists for the same reason.

Just weeks ago, he captured national attention when he voted against confirming a judge because he is a openly gay. Marshall made it clear he was voting against the man, who was well qualified by all accounts, because of his sexual orientation. “Sodomy is not a civil right,” Marshall told CNN, explaining that he thought gay judges might be biased in certain cases. For instance, if there was a “bar room fight between a homosexual and heterosexual,” a gay judge might side with the gay person, he said.