Scandal? Check. Money laundering? Check. Opaque accounts? Check. This must be the Vatican 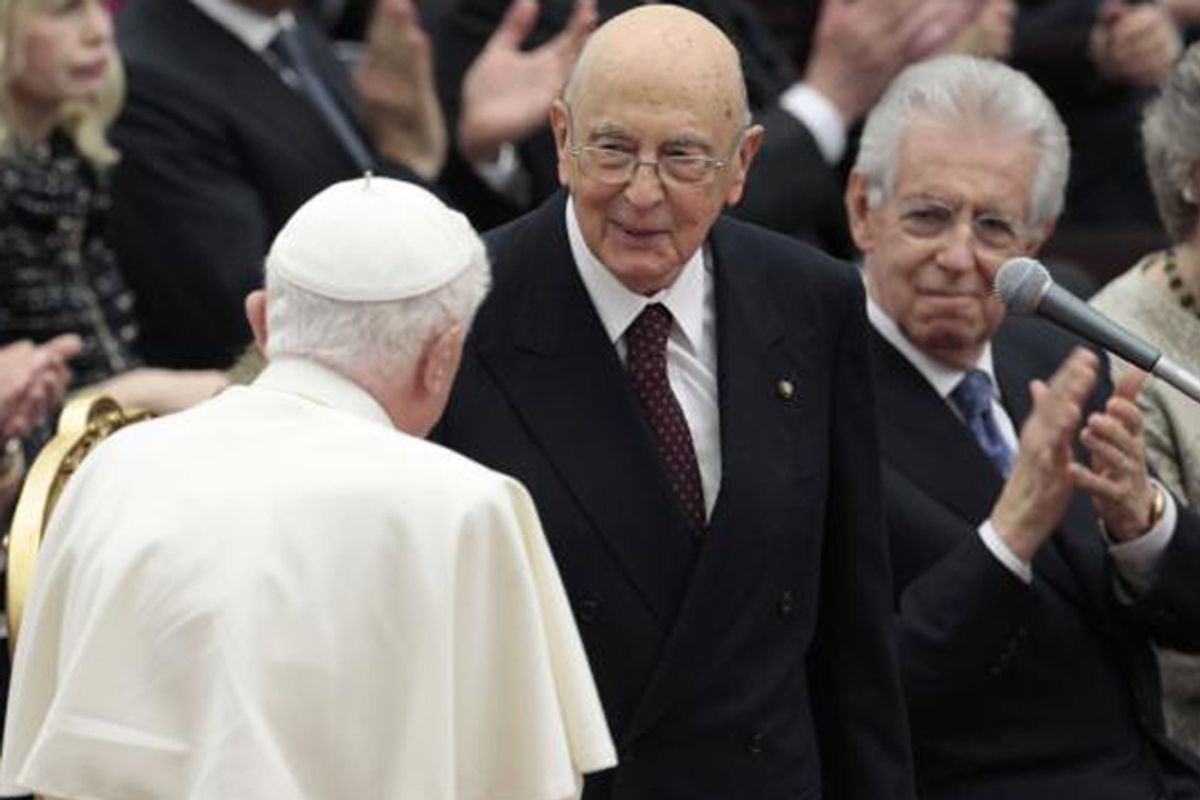 Anyone with a passing knowledge of the Bible knows that the rich and powerful face an almighty struggle to enter heaven.

No one, it seems, told the folks at the Vatican.

With wealth and influence inversely proportionate to the tiny acreage of Rome it occupies, the Holy See has long been accused of using its unchecked authority to conceal dark dealings and sinister conspiracies ill befitting the moral compass for one-sixth of the world’s population.

And thanks to a new crop of headlines detailing allegations of corruption, power grabs and nepotism within the Vatican walls, its officials now appear to be struggling to explain their activities to the mortal world, let alone any higher authority.

But this is not simply an ecclesiastical struggle. Also at stake is the Vatican’s reputation in the world of international finance — something that has become increasingly important as millions of its faithful face tough times in the global economic downturn.

The Holy See is currently striving to clean up its bank — the Institute for the Works of Religion, or IOR — to gain acceptance on a so-called “white list” of countries that take sufficient action to combat money laundering and fraud.

It will find out next month if it meets standards set by the European Commission. The decision will provoke nail-biting, thanks to both a recent scandal and the Vatican’s debut earlier this year on a US State Department roll call of money-laundering centers.

Rebranding is a tall order for a state not known for its transparency. Protected by a cloak of secrecy, the extent of its wealth can only be guessed. Conservative estimates put the IOR’s assets at $4 billion in deposits. Others believe this to be hopelessly short of the mark.

Given the paucity of hard facts, it’s small wonder that rumor and allegations have flourished, painting the Vatican as a hotbed of fraud and conspiracy where Nazi gold, mafia millions and funds for terrorism can be rinsed in holy water and returned to circulation.

Some of these rumors are clearly grounded in reality. Vatican administrators, known as the Curia, have yet to deny allegations that have emerged thanks to the recent leaking of sensitive documents to a journalist by the pope’s butler, possibly acting at the behest of whistle-blowers.

The scandal, which has earned the name “Vatileaks,” comes as the Holy See is under pressure to investigate the disappearance three-decades ago of a 15-year-old girl who was suspected to have been abducted by a mob boss now buried in a Vatican tomb.

Admissions in recent years that numerous incidents of child abuse, often perpetrated by clergy, were covered up within the Catholic Church have also done little to help its image.

Mindful, perhaps, of the need to shore up its reputation against a tide of bad press, the Vatican last month fired Ettore Gotti Tedeschi as head of the IOR, citing his dereliction of duty and a commitment to maintaining “the vitality of the bank.”

Gotti Tedeschi was one of two IOR executives investigated over money laundering by Italian financial police in a 2010 probe that also saw the temporary seizure of a Vatican bank account containing $31 million.

The allegations were later dismissed but in turn revived memories of a 1990s bribery scandal involving the IOR, and the 1982 collapse of the Vatican-linked Banco Ambrosiano, whose boss Roberto Calvi was found hanging from a London bridge, victim of a suspected contract killing.

In an attempt to solve its public relations problem in the wake of the 2010 arrests, Benedict penned a dispatch to his churches on the need for greater financial morality and issued decrees creating a financial watchdog agency to scrutinize the IOR and other Vatican finances.

And last week he airily decried the latest tribulations as a media concoction. "Suggestions have multiplied, amplified by some media, which are totally gratuitous and which have gone well beyond the facts, offering an image of the Holy See which does not respond to reality," he said.

But observers say that while he has attempted to tackle the issues facing the Vatican, Benedict is unwittingly part of the problem. They suggest his desire for reform has triggered internecine battles in which “Vatileaks” has been deployed as a weapon.

One target of the leaks could be Cardinal Tarcisio Bertone, the Vatican’s prime minister. Critics have accused Bertone of nepotism and attempting to water down or waylay anti-corruption initiatives. Others see bolder goals: the discrediting and removal of the pope.

“The Vatican is entering a new media era,” Alberto Romagnoli, a correspondent for Italy’s RAI TV told France 24. “They used to discuss their different views in the old way, behind closed doors. Now someone is opening the doors and the real story is fighting for a new pope.”

He suggested that Benedict, now aged 85 — a year older than his predecessor John Paul II when he died in 2005 — lacks the stamina or will to engage with the day-to-day management of the Vatican and cannot keep pace with developments in the modern, digital era.

It was certainly a weary sounding pontiff who turned on his detractors in an audience last week.

“The events of recent days about the Curia and my collaborators have brought sadness in my heart,” he said, adding that he wanted to “renew my trust” in those working alongside him.

But, according to one report, just in case those who work alongside him can’t be trusted, the pope is considering the recruitment of a compatriot from outside the Holy See — Hans Tietmeyer, the former leader of Germany’s Bundesbank — to take over at the helm of the IOR.

Whether or not such a move would help improve the Vatican’s reputation remains to be seen, however, it would inevitably be fun for conspiracy theorists speculating on a union of the Germany’s economic might and the Church’s spiritual power.

And as the rest of Europe will attest, closer ties to Germany may also usher in a new watchword at the Vatican that, though deeply unpopular, could at least ease entry into heaven: Austerity.