The cure for the Tea Party? 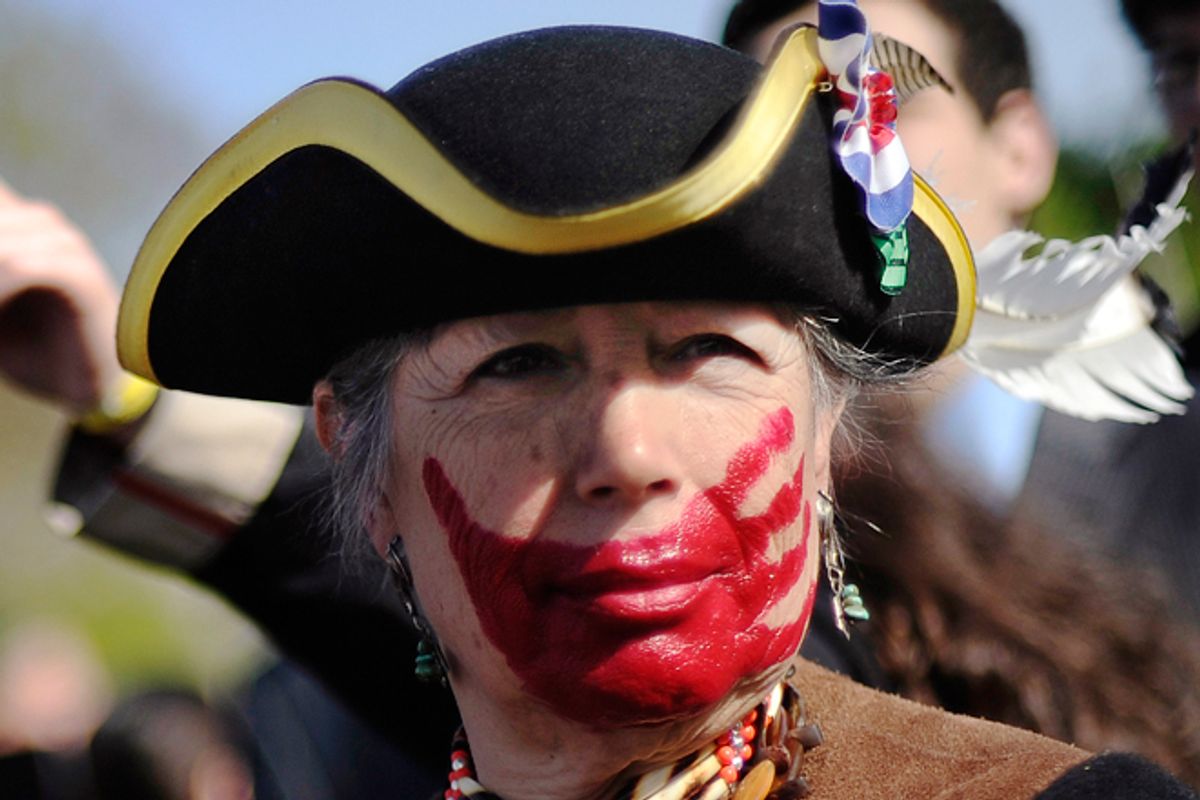 The “top two” primary system California debuted yesterday takes some getting used to, but it could be a helpful tool for combating the biggest single problem in Washington: Republican extremism.

In the Tea Party-era, the congressional GOP has pursued a legislative strategy that rejects any compromise and exploits every available legislative tool and loophole to obstruct the other party’s agenda and engage in partisan warfare.  As Norm Ornstein and Thomas Mann argue in their new book, “It’s Even Worse Than It Looks,” this conduct might be acceptable in a parliamentary system, but in Congress it inevitably leads to disaster – like last summer’s debt ceiling standoff, which led to the first-ever credit downgrade for the United States.

The GOP’s embrace of extremism is fueled by the far-right absolutists who make it to Congress by winning primaries in safely Republican districts (where there’s no general election penalty for extremism) and by the survival instincts of other Republican lawmakers, who choose to conceal their pragmatic urges for fear of becoming the right’s next primary victim. Those dynamics have only been reinforced by this year’s primary season, which has featured several high-profile upsets of Republican “establishment” politicians.

This is what makes California’s experiment so interesting: It has the potential to dilute the power of the GOP base in heavily Republican districts and to create new incentives for Republican incumbents to work cooperatively with Democrats.

Under the new system, which was approved by voters in 2010, all candidates run on the same ballot, regardless of party, with the top two then squaring off in November. Thus is it possible for general election voters to end up choosing between two candidates from the same party, with the other party locked out. (As a result of yesterday’s results, this will be the case in a handful of California’s congressional districts this fall.) In theory, this offers a check on the influence of each party’s base. In a solidly Republican district, for instance, Democratic voters could end up as the decisive bloc in a race between a moderate and conservative Republican.

“I’m high on it,” Ornstein told me this week.

“I doubt very much that it’s going to cause any significant harm, and the upside potential of moving beyond the overweening influence of a small, fringe ideological group just makes it something that seems to me is a no-brainer.”

Ornstein stressed that the California system isn’t a panacea, and that the effect he’s hoping for won’t be felt in this year’s races. There aren’t many open seat races in the state to start with, and it takes a particular set of conditions for it to even have a chance of working. 2014 should be a better test, though.

“Next time around, there’ll be enough unsettlement that you’ll probably have a few open seats,” Ornstein said. “You’ll have instances where the primaries, the nominating process could really matter more, and you may have some opportunities to get nominees who don’t fit the usual pattern.”

There’s also the potential psychological impact on incumbent members of Congress. Ornstein points to the example of Bob Inglis, the South Carolina Republican who ran afoul of the Tea Party by (among other things) imploring conservatives to “turn off Glenn Beck.” Inglis was trounced in a Republican primary in 2010, ending his congressional career. Had his state been using the California system, Inglis might not have paid the same steep price.

Currently, Washington and Louisiana use jungle primaries like California’s, without any discernible effect on polarization. The system, Ornstein stresses, is only a small part of the solution to the problem he and Mann are highlighting. They also favor instant runoff voting and advocate expanding the voter pool by easing voting restrictions, automating registration, shifting elections to Saturdays, and even copying an Australian law that fines voters who don’t go to the polls. But it wouldn’t hurt if more states followed California’s lead, Ornstein said.

“At least you have a real chance now of getting somebody who doesn’t represent that extreme wing, or isn’t only influenced by the core base if they get elected.”