Who's to blame for Wisconsin?

Labor activists are angry at national Democrats for tepid support. But were they right to keep their distance? 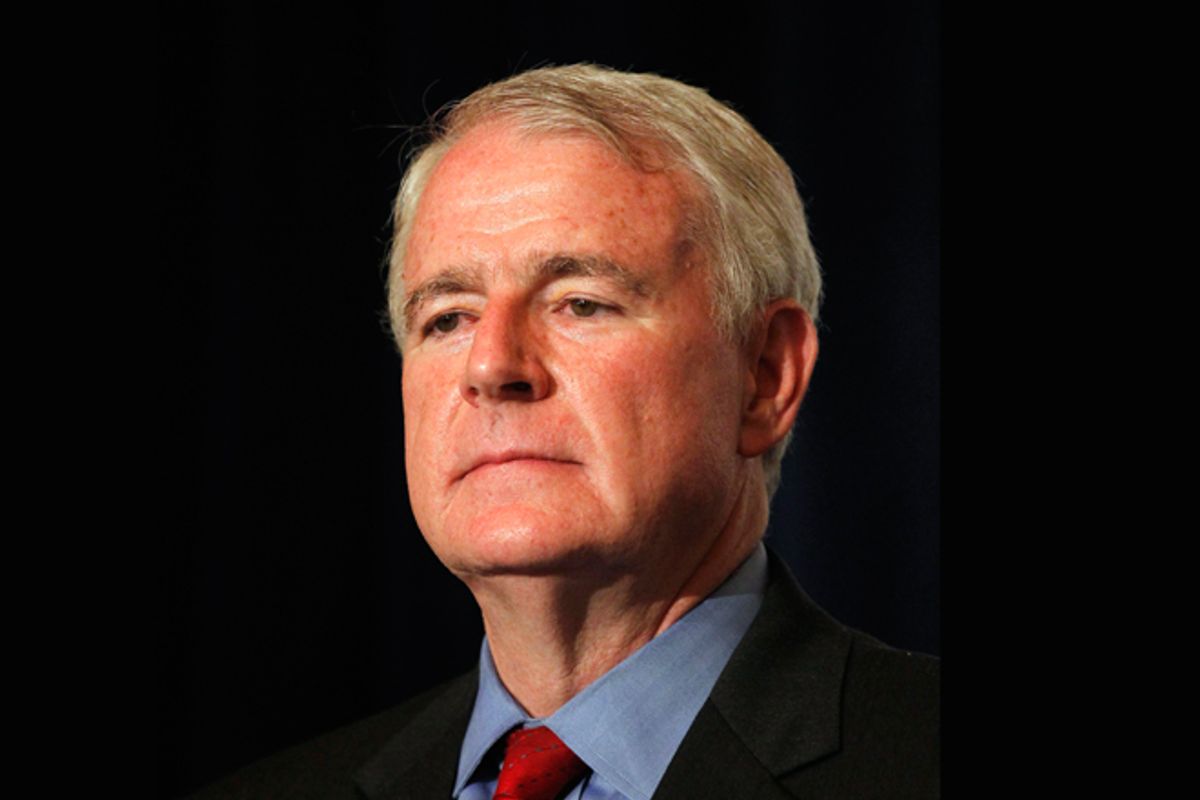 The body isn’t cold yet in Wisconsin’s bitter recall fight, but recriminations and finger pointing  among labor leaders who feel they didn’t get enough support from national Democrats started before the polls even closed.

“We think that there could have been more responsibility, more work on behalf of the national Democratic Party,” Gerry McEntee, president of the American Federation of State, County and Municipal Employees, told the crowd at a book signing last Thursday.  “We think they could and should have done more.”

Liberal groups and blogs also sounded the alarm, with MoveOn.org blasting out a “BREAKING NEWS” email to supporters bashing the DNC for not doing enough. “Where is the DNC in Wisconsin?” the stalwart liberal magazine the Nation asked in a headline.

National Democrats have been quick to point out that they feel they did invest heavily in the race, pouring in millions of dollars and providing infrastructure, staff and volunteers. So who’s right?

The crux of the matter seems to come down to a mismatch of expectations. Labor activists saw the race as an existential fight for survival and the defining battle in the ideological war and expected investment to match. Democrats, meanwhile, saw it as what it was -- a very important governor's race -- and invested what they could while balancing the need for their scarce resources against other important races.

The DNC, which seems to have borne the brunt of the angry left’s assault, would say its getting involved in the first place was unusual. The national party apparatus usually focuses exclusively on the presidential campaign and building get-out-the-vote efforts, leaving down-ballot races to the respective electoral committees -- in this case, the Democratic Governors Association. The party sent over a million dollars and its chairwoman, Rep. Debbie Wasserman Schultz, D-Fla., to the state to fundraise for Milwaukee Mayor Tom Barrett.

For its part, the DGA is quick to note its $3.4 million contribution to the effort was more than it had spent in any previous election in the state. It also sent Maryland Gov. Martin O’Malley, the chairman of the group and a Democratic rising star, to Wisconsin.

The Obama campaign provided over a million in support, from volunteers to phone banks to infrastructure. And, of course, Obama offered his much-mocked tweet.

Of course, this doesn’t come close to matching the star power and massive resources the right put into the state, where virtually every Republican governor with national name recognition competed for who could endorse Gov. Scott Walker more loudly.

But that’s perhaps to be expected in a race that heavily favored Walker to begin with. He’s been leading in the polls all along and it’s no wonder: In addition to all the benefits that come from being an incumbent, he had at least six months to prepare for the election, while Democrats had four weeks. Democrats and labor groups fought each other in a tough primary that split their support between two candidates and didn’t end until May 8, when Barrett won the nomination. That gave them less than a month to prepare for the general election while Walker had since last year, when it was clear there would be a recall effort, to mobilize and raise money.

And beyond his much-discussed fundraising advantage from outside groups, Walker benefited from a quirk in Wisconsin election law that allowed him to raise unlimited amounts of money from individuals while Barrett could only raise $10,000 from each donor.

Now that it’s over and the gap was so wide, most pundits seem to agree it was smart for Obama to stay away from the state. Perhaps the same could be said for Democrats more generally, given everything stacked against them and the need to preserve cash to fight the same outside groups that backed Walker in November.

Still,  the results may drive a wedge between labor groups and Dems, something that excites Republicans. Obama “left Democrats at the altar in Wisconsin when they needed him the most,” Republican National Committee Chairman Reince Preibus told CNN’s Wolf Blitzer last night, predicting a “circular firing squad” on the left if Walker won.

It’s also worth noting that of the two main union leaders who spoke out publicly against Democrats, one, AFSCME’s Gerry McEntee, said in the same event, “We are going to be behind [Obama] a thousand percent.” The other, Schaitberger of Fire Fighters, made a big show of severing ties with Democrats last year, so his claim that labor “has always been there for the national Democratic Party” rings a bit hollow.