Don’t be scared of Mitt’s money

Romney outraised Obama in May, but nowhere does campaign cash matter less in politics than in a presidential race 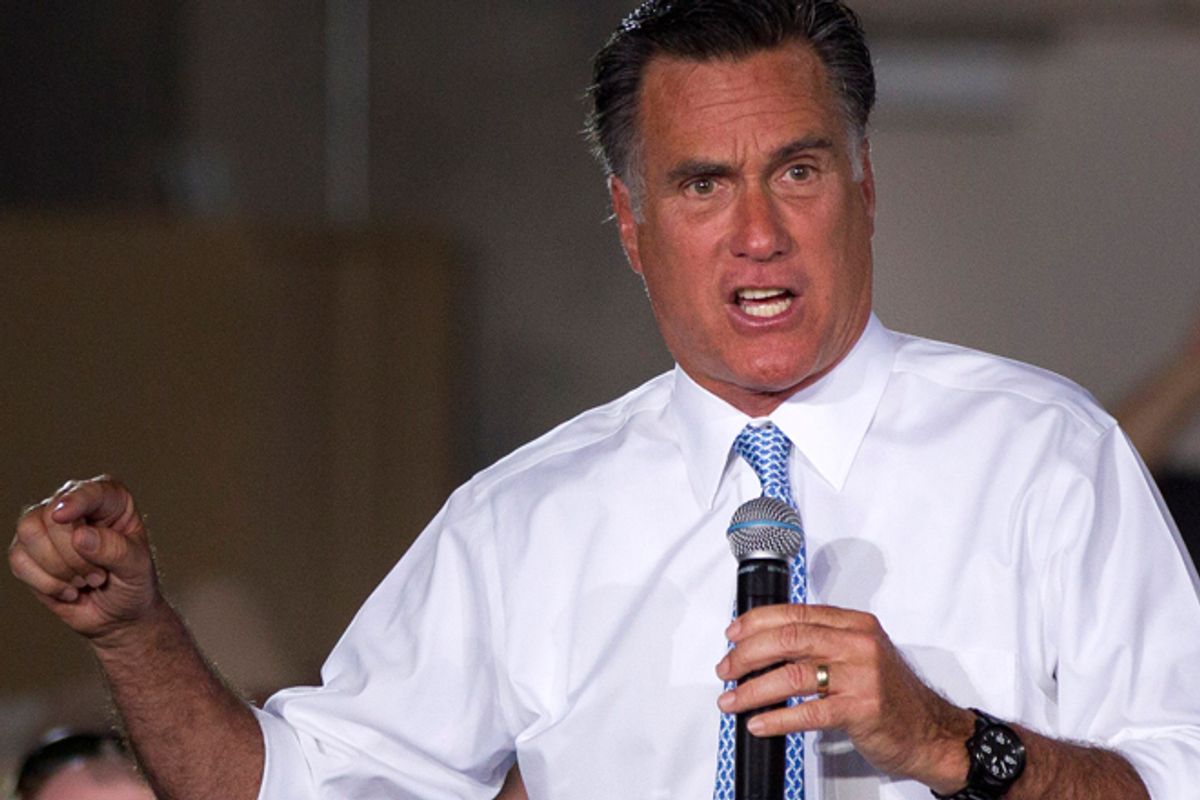 The big story of the morning is the Romney campaign’s announcement that it took in $76.8 million in May – the biggest monthly haul for any candidate in the 2012 cycle and about $16 million more than what the Obama campaign says it brought in.

This is setting off some understandable alarm on the left, especially in the wake of this week’s Wisconsin recall, which Scott Walker survived after out-raising Democrat Tom Barrett by a nearly 8-to-1 margin -- $30.5 million to $3.9 million. Walker relied heavily on affluent out-of-state donors, utilizing a quirk in the state’s election law that lifts contribution limits while recall petitions are being circulated.

The fear among Democrats is that something similar is now playing out at the presidential level, with the Wall Street crowd – a major source of campaign money for Democrats from the Clinton era through the 2008 election – turning on the president and flocking to Romney, and with Republican-friendly millionaires and billionaires lavishly endowing anti-Obama super PACs. Given how close the November election figures to be, a pronounced money gap between the two sides would seem to have the potential to tip the scale.

But there are a few things to keep in mind here. One is that Obama isn’t exactly about to run out of money. Romney clearly had a huge month in May, but part of that is probably due to the fact that May was his first full month as the presumptive Republican nominee. Back in March and April, when Romney was still fending off Rick Santorum, Obama managed to take in $53 million and $43 million, respectively. At the end of last month, his campaign had $143 million on hand. With its May haul factored in, the Romney campaign says it now has $105 million on hand. (A current cash-on-hand figure has not been released by the Obama team.) There’s every reason to believe that Obama will have all the money he needs to run the campaign he wants.

Which ties into another important point: When it comes to general election presidential contests, there’s a real limit to the effect of campaign spending, assuming each side reaches a basic threshold level (which Obama will). This is because the vast majority of voters simply vote as partisans, while there’s plenty of free media information floating around for the relatively small pool of swing voters. As Jonathan Bernstein explained in a post advising would-be donors to spend their money on lower-profile races:

But more importantly, what we know about voter behavior suggests that money is least important in presidential (general) elections. Money matters more in nomination fights — where the candidates share a party label — than in general elections, where most voters will use the party label as a powerful cue. Moreover, voters will pay less attention to information they hear through paid advertising when there is plenty of other information available, as is the case with high-profile presidential elections. Add it all up, and your money just matters more — a lot more — in lower profile contests.

That said, it is a bit puzzling that there’s been no effort so far by Democratic millionaires/billionaires to mimic what their Republican counterparts are doing with super PACs. And efforts to steer wealthy donors to the pro-Obama super PAC Priorities USA haven’t been very successful. It’s possible that the May numbers are a preview of what’s to come, and that Romney’s money advantage (especially when you factor in super PACs) will explode in the months to come. But even if it does, it might not end up mattering at all.