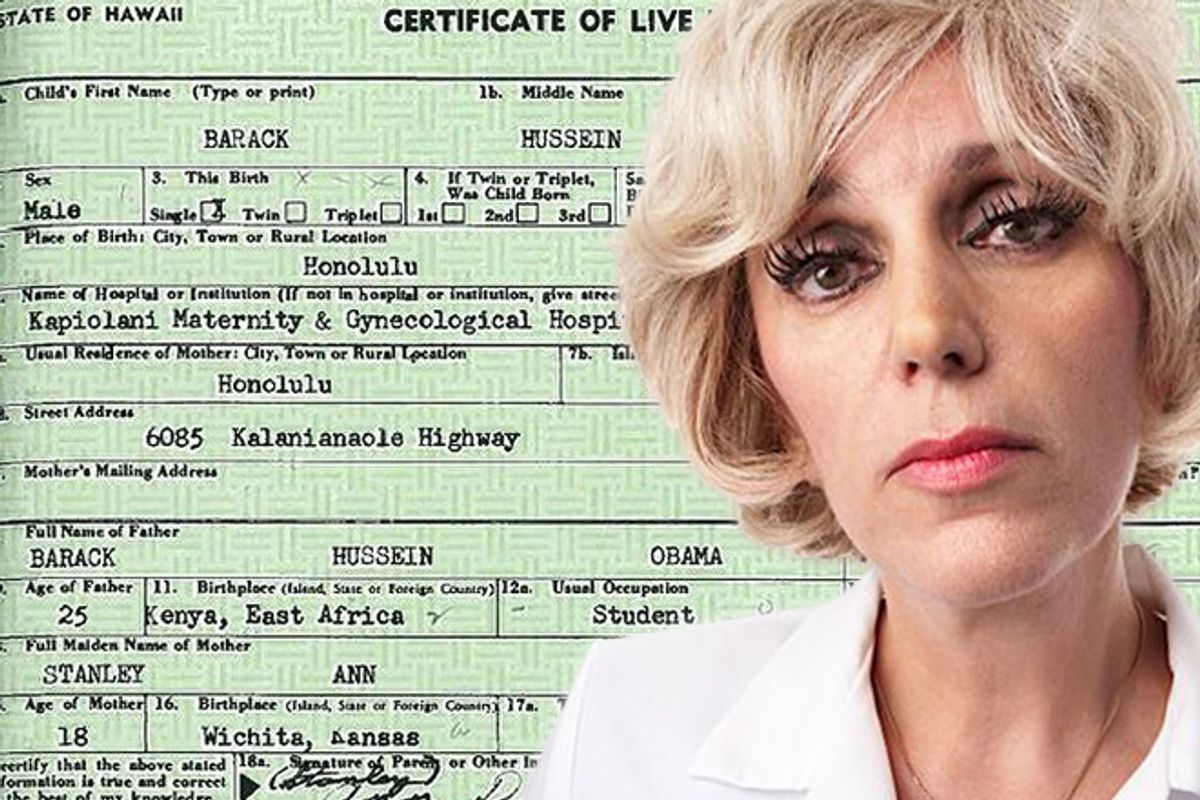 In case there’s any doubt left about the veracity of President Obama’s birth certificate, Democrats in Mississippi hope the document they submitted to federal court yesterday will put it to rest.

“We think it removes any reasonable doubt and it is the nail in the coffin,” Sam Begley, a private attorney in Jackson who serves as general counsel to the party, told Salon.

And they have “birther queen” Orly Taitz to thank for it. Taitz, a dentist, lawyer and erstwhile Senate candidate, filed a suit against the state Democratic Party and the Mississippi secretary of state in February alleging that Obama was not eligible to appear on the ballot because he is not a natural-born citizen. While most states only allow registered voters to make ballot challenges, Mississippi has a vague statute that allows “any aggrieved person” to bring a case. She also accused the party of aiding and abetting in forgery and fraud when they submitted a copy of Obama’s birth certificate to the court.

The inspiration for the party’s response to the charge came, ironically, from Arizona birther-curious Secretary of State Ken Bennett, who requested that the state of Hawaii verify that it has Obama’s original birth certificate on file. Under state law, it can’t release the original document, but it can verify its existence and information on it. Bennett ended up getting his verification, despite the state’s doubts about the validity of his need for it.

But the verification obtained by the Mississippi Democrats goes further. Bennett asked to verify only a few pieces of information -- he forgot to ask about Obama’s birth date, ironically -- and it lacks a seal from the state and a signature from the state registrar. All that led some birthers’ doubts to persist.

The document (the last page in this motion) the Mississippi Dems filed yesterday solves all these concerns. It has a seal (the original was turned over to the court), was signed by Hawaii State Registrar Alvin Onaka, and is unequivocal in stating that the information presented by Obama matches the original birth certificate on file:

The  information  contained  in  the  "Certificate  of   Live  Birth"  published  at http://www.whitehouse.gov/blog/2011/04/27/president-obamas-long-form birth-certificate and reviewed by me on the date of this verification, a copy of which  is  attached  with  your  request,  matches  the information  contained  in the original Certificate of Live Birth for Barack Hussein Obama, is on file with the State of Hawaii Department of Health.

In over 130 legal challenges against Obama’s birth certificate, this is the first time a document of this nature has been submitted to a court, a lawyer who tracks birther litigation told Salon. She asked us not to publish her name because she’s been harassed by birthers in the past.

“It provides a much more comprehensive confirmation of all of the necessary facts to demonstrate that Barack Obama was born in Hawaii,” Begley said. “To have the personal initial of the state registrar clearly authenticates the document. And to have the verification from the official charged with maintaining the birth records saying he personally inspected the original certificate and that it matches the document contained on the White House Web page, we believe is conclusive.”

“You can actually touch the document and feel the raised paper surface,” he added.

Still, he acknowledged that it’s not likely to quiet the hardcore birthers, who have been able to find new avenues of attack no matter how much evidence is presented against them.