Be glad your report cards didn't come from Mussolini's government 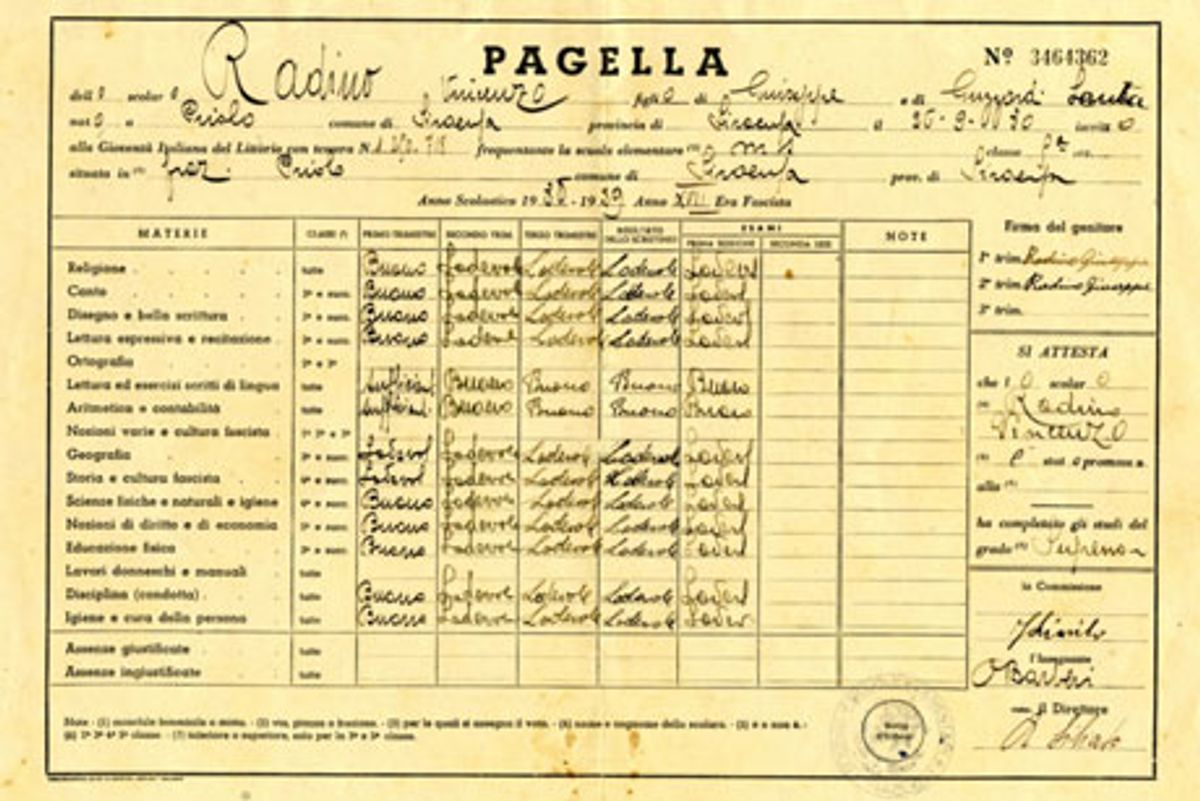 Grade-school report cards are scary documents, made even more so by by the Italian Fascist Ministero Dell' Educazione Nationale. The reports here show that the brothers Enzo and Vincenzo Radino were pretty fair students back in 1930. But they weren't straight A (or buono) students.

These report cards were standard issue during the Mussolini regime. Each was adorned with Il Duce's signatory M logo. One has the map of Italy's occupied territories in North Africa (note Libya and Ethiopia), the other the militant symbol of Fascism. These cards were issued to young Italian boys just a few years away from being inducted as young Fascist men.