One state where the GOP base loves Mitt

Hint: It's definitely not Massachusetts 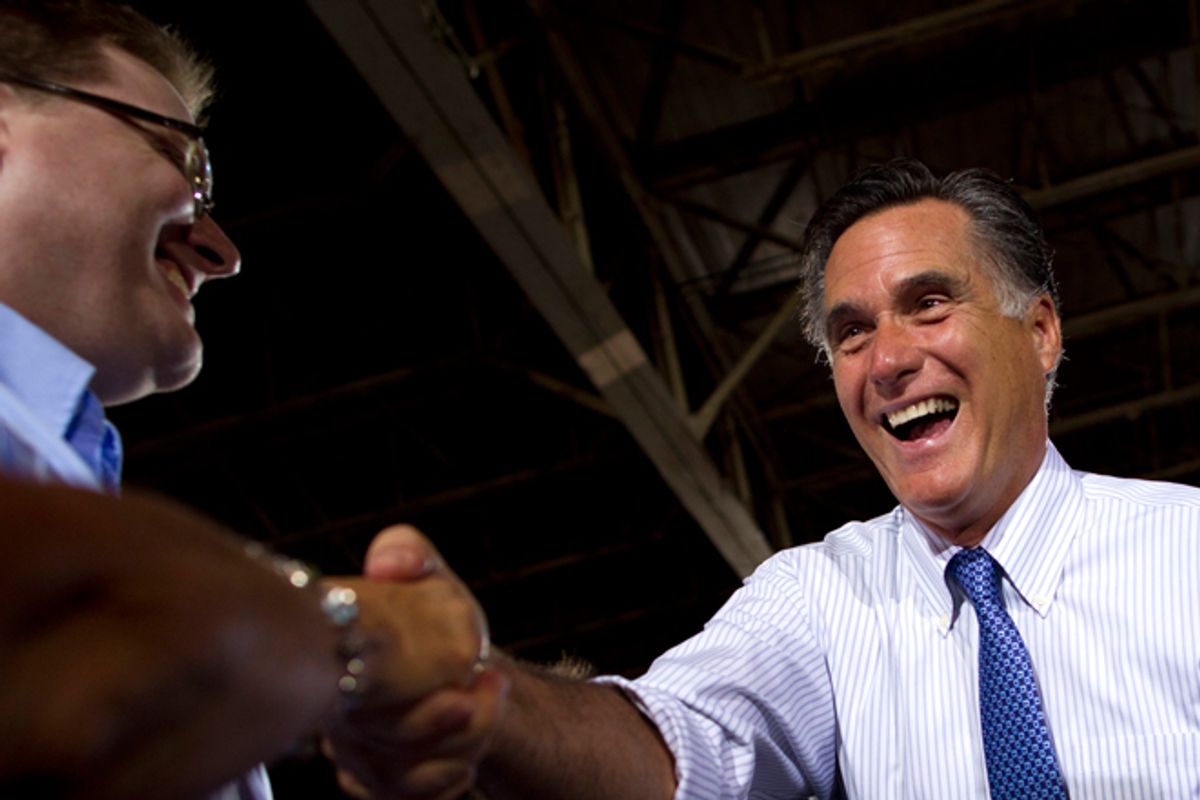 Let’s say you’re a long-serving Republican senator and you’re running for reelection. You’re no moderate, but over the years you’ve signed off on your share of deals with Democrats – compromises that are now being recycled by your party’s base, which is already suspicious of you because of your entrenched status, to prove that you’re not a true conservative. You are, consequently, facing your first real primary challenge since coming to office.

If this is your predicament, then one of the last things you’d want is for Mitt Romney – the man whose conservative credentials are held in such suspect regard by today’s GOP base that he was at times during the GOP primary race lapped in the polls by Donald Trump, Rick Perry, Herman Cain, Newt Gingrich and Rick Santorum – to make a high-profile visit to your state to campaign with you. Unless, that is, the state you represent is Utah.

When Romney visits the Beehive State later today to appear with Orrin Hatch, it should provide a real boost for the 78-year-old incumbent, who is being challenged by Dan Liljenquist in a June 26 primary, with the Utah GOP’s conservative base. This probably has something to do with the celebrated role Romney played in rescuing the 2002 Salt Lake Winter Olympics from ruin, but the real reason he’s such a rock star in the state is his Mormonism, a faith that about 60 percent of Utah’s residents (and probably a much bigger share of the GOP voting universe) share.

This is the flip side of Romney’s “evangelical problem.” In state after state during the GOP primaries, Romney faced stiff resistance from white evangelicals, who continued to shy away from him even when it became clear he’d be the Republican nominee. Utah’s GOP base is as conservative (and as focused on cultural issues) as the average evangelical-dominated GOP base is in other states, but here Romney’s faith is a magnet. Utah’s presidential primary won’t take place until June 26, but in 2008 it was held on Super Tuesday, when the race was still competitive. The result back then: Romney 90 percent, John McCain 5.

That would be an astounding number even for a presidential candidate running in his own state. In fact, Romney actually struggled in his real home state in ’08, holding off McCain in Massachusetts by just 10 points, 51 to 41. Those struggles speak to the more moderate complexion of Massachusetts’ Republican electorate (especially with independent voters allowed to participate in primaries), and to the considerable ill will Romney generated by essentially walking out on the governorship halfway through his term.

Ironically, Romney was once torn over whether to pursue his political career in Utah or Massachusetts. When he was overseeing Olympic preparations in 2001, it looked like there’d be no major office for him to seek in Massachusetts in the near future, with Republican Jane Swift vowing to seek a full term as governor in 2002 and with Ted Kennedy and John Kerry ensconced in the Senate. This is when Romney began positioning himself for a possible 2004 gubernatorial run in Utah, writing a letter to the Salt Lake Tribune in which he partially retreated from the pro-choice position he’d claimed in Massachusetts. But Swift’s standing in Massachusetts soon collapsed, allowing Romney to return to the state after the Olympics and scoop up the GOP’s gubernatorial nod.

A decade later, Romney still has plenty of friends in the Massachusetts Republican world. But the only place where he’s a genuine hero with the GOP base is in Utah.