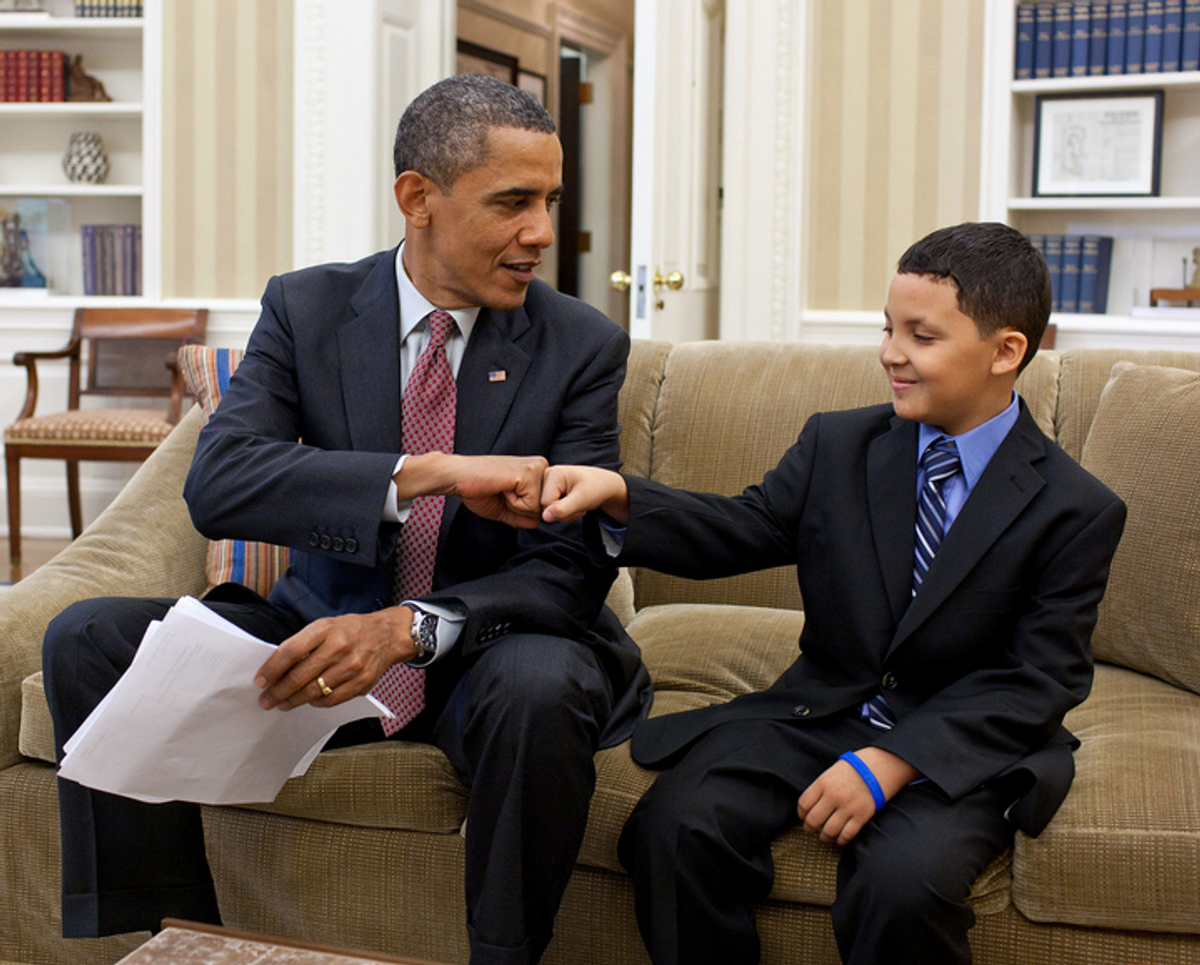 The photograph of President Barack Obama bending down to let a 5-year-old black boy touch his head --  published and swooned over by the New York Times last week -- is undeniably moving. (The child, the son of a White House staffer, wanted to see if the president’s hair felt like his own.) White House photographer Pete Souza seems well aware of the emotional impact of photos of our first African-American president and a multicultural array of awe-struck children, judging from the collection he’s amassed over the course of Obama’s presidency (and before, in 2007, when he shot the candidate as a photographer for the Chicago Tribune), which are sampled in this slide show. Whether you find the photographs to be inspiring or brilliant propaganda, there's no denying their power.