Brown: Keep up the Bain attacks 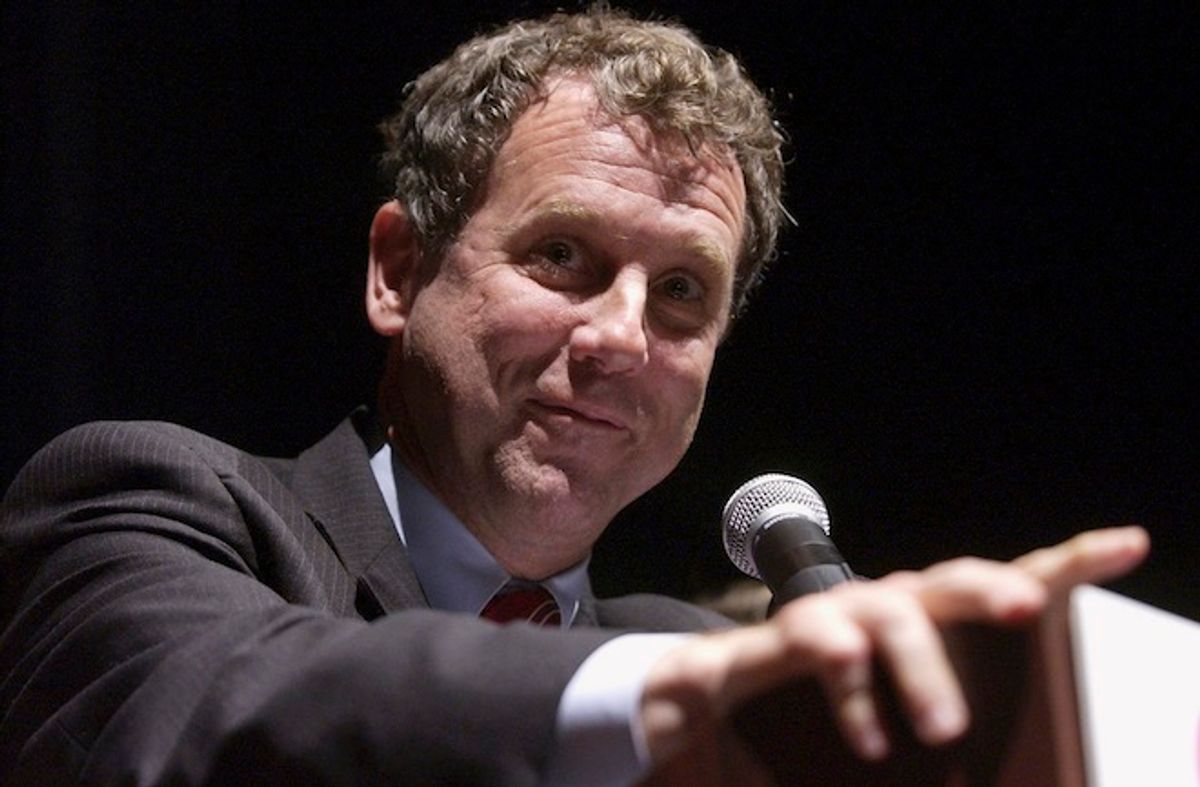 Ohio Democratic Sen. Sherrod Brown has some advice for the Obama campaign: Ignore Bill Clinton and Cory Booker and keep up the attacks on Romney’s record at Bain Capital. “People in Ohio understand what this means,” he told Salon this weekend at the Netroots Nation conference in Providence, R.I. “Private equity can be a good thing, but I’ve seen the damage it can do in places around the state,” he explained.

As a key swing state suffering from prolonged economic decline, Brown’s Ohio, perhaps more than any other, will be the battleground of this year’s Bain wars. The state has seen much of the ad spending on both sides (the first two-minute Obama commercial ran only in the state), and after the conventional wisdom in New York and Washington concluded that the Bain attacks had failed, a recent poll found the message resonating in the Rust Belt state.

By a margin of 16 percentage points, the poll found more people in Ohio agreed that private equity firms “care only about profits and short-term gains for investors. When they come in, workers get laid off, benefits disappear and pensions are cut. Investors walk off with big returns, and working folks get stuck holding the bag.” Just 33 percent in the state said they thought the firms “helped.”

Asked about the poll, Brown pointed to the decline of manufacturing in Ohio and the rest of the country. “Bain Capital is not a manufacturing strategy. Bain Capital undermines a good bit of that, and people in Ohio know what manufacturing jobs loss means,” he said. “[It’s] a segment of capitalism that creates a lot of wealth for the investors, and creates some jobs, but damages a lot of people's lives,” he said.

“I’m not sure how to interpret what Clinton said, but what Booker said is wrong. Booker’s wrong,” Brown, who faces a tough reelection campaign this year, noted. “I think what President Clinton said was not quite what many of the analysts said he said,” the senator added, noting that he thought Clinton’s comments were taken a bit out of context and overblown.

Sen. Ben Cardin, a Democrat from Maryland, agreed. He told Salon at Netroots, “I think it’s absolutely a legitimate discussion ... No one objects to people making money, but what they’re doing here is they’re doing it a way that’s costing jobs. And jobs are a legitimate question.”