Or is the right-wing radio host just a genius troll? 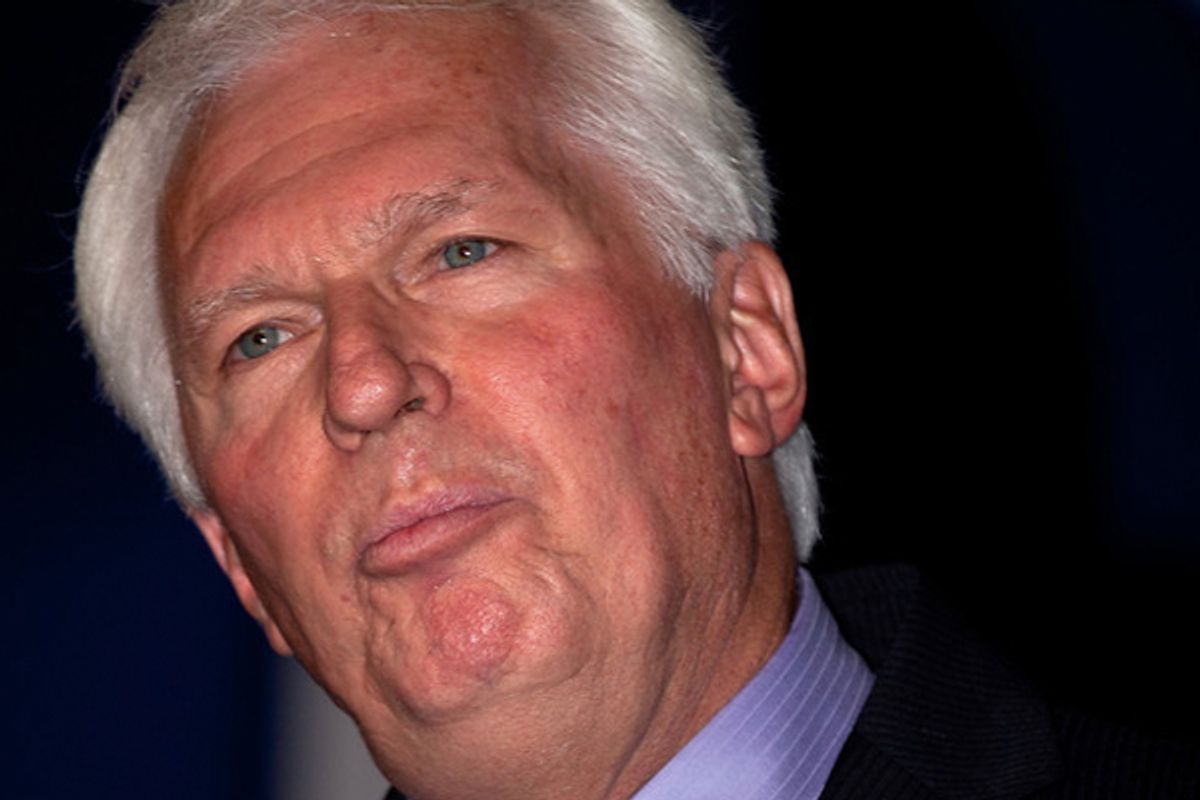 Voluble hate-monger Bryan Fischer has, of this writing, 1,571 Twitter followers, probably half of whom are reporters, though his radio audience on American Family Radio is much bigger. He may have succeeded in forcing out a gay foreign policy spokesman from the Romney campaign, although said spokesman, Richard Grenell, may also have been marginalized because of a series of misogynistic tweets. But is he actually influential, representing the Santorum-loving constituency that pushed the Republican primary to the right on social issues, or just pretty good at being the shrillest, click-baiting voice?

Now you can say that Fischer matters, tautologically speaking, because he matters enough to be profiled by no less than Jane Mayer in the New Yorker, in a piece that is behind the paywall. It confirms that Fischer is obsessed with homosexuality above all things; compared to his far-right Christian counterparts, he is curiously uninterested in controlling women's reproductive functions beyond the obligatory support for doing so. (Judging by the general direction of laws and public opinion, he may have failed to pick a winner, or else likes being the last man standing.)

Also, he says things about his religious experiences like, "It was the ﬁrst time I’d been around a real muscular Christianity ... It had a kind of strength and virility to it that would appeal to men.”

We also learn that he denies that HIV causes AIDS, he thinks children as young as 6 months can and should be spanked, and that he's said that Obama "nurtures a hatred for the white man." He has claimed that the government is buying up all the ammunition and causing a shortage. On the other hand, he was consistent in his disdain for Newt Gingrich's infidelities. This departure from the wingnut line may or may not have to do with his parents' divorce, which he is clearly still troubled by, and which leads him to compare his father to "an Auschwitz survivor. It was akin to that ordeal." "It" is being left by your wife for a bus driver.

The depressing reality may be that if we all pretend Fischer matters, he will begin to, a self-fulfilling prophecy of influence in which he's incentivized to say ever more outrageous things -- and actual political officials might listen. As Fischer told me when I interviewed him, “Governor Romney may not do the right thing out of political conviction, but he will do the right thing out of political expediency, and this I think would be an example." Or there's this simpler, still-grim explanation, offered in the piece by one of his allies, Christian Defense Coalition director Patrick Mahoney: "His inﬂuence is growing because he says publicly, in an unﬁltered way, what many evangelical leaders think privately." He would know better than us.