How to corral Jamie Dimon 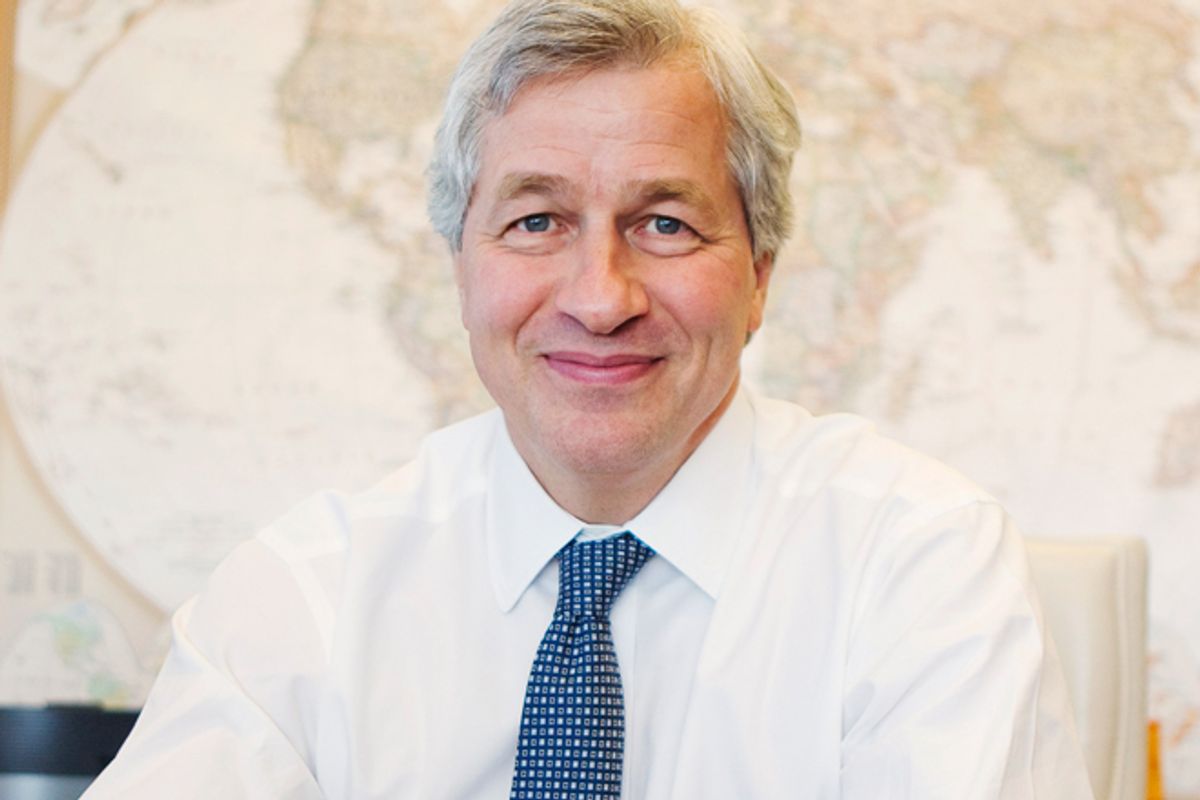 Here's a question to ask JPMorgan CEO Jamie Dimon when he faces the firing line of the Senate Banking Committee on Wednesday: Should Glass-Steagall be reinstated?

Glass-Steagall was the New Deal-era legislation, infamously repealed at the end of the Clinton administration, that drew a strict dividing line between commercial banks and investment banks. Jamie Dimon is the CEO of the United States' largest bank -- a goliath financial institution that could never have existed in its current form without the repeal of Glass-Steagall. Dimon will be testifying before  the banking committee to explain JPMorgan's disastrous multibillion-dollar trading loss from last month.

Dimon's answer to a Glass-Steagall hypothetical would undoubtedly be no. Dimon has long argued that for U.S. banks to be able to effectively compete on the world stage they need to be big enough to offer every kind of service a modern transnational corporation could desire. Besides, he's a smart guy, and he would likely argue that the theory holding Glass-Steagall's repeal as responsible for the financial crisis is weak.

And that's true. It is kind of weak. The imploding banks that set off the credit crunch -- Bear Stearns, Lehman Brothers, Washington Mutual, Countrywide -- did not combine both commercial banking and investment banking under one roof. It's not at all clear that Glass-Steagall would have prevented the widespread speculation in mortgage-backed securities that fueled an unsustainable housing boom. While it is definitely possible that a vigorously enforced Glass-Steagall might have prevented Citigroup from entering territory that ultimately would demand a government bailout, it's still very hard to prove that Glass-Steagall's repeal was the tipping point that led our economy to doom.

Which is why it is all the more interesting to consider University of Chicago economist Luigi Zingales' recent turnabout on the question of whether Glass-Steagall should be reinstated. Previously, Zingales was "not a big fan of the forced separation between investment banking and commercial banking along the lines of the Glass-Steagall Act in the U.S." But he's changed his tune, and in his Financial Times column he lists five reasons.

For our purposes -- and Jamie Dimon's -- his last reason is the most provocative.

Last but not least, Glass-Steagall helped restrain the political power of banks. Under the old regime, commercial banks, investment banks and insurance companies had different agendas, so their lobbying efforts tended to offset one another. But after the restrictions ended, the interests of all the major players were aligned. This gave the industry disproportionate power in shaping the political agenda. This excessive power has damaged not only the economy but the financial sector itself. One way to combat this excessive power, if only partially, is to bring Glass-Steagall back.

Divide and conquer! If we've learned anything in the aftermath of the financial crisis, it's that not even the worst financial crisis in 80 years could lessen the power of the banking industry over public policy. Watching banking lobbyists cut the Dodd-Frank bank reform bill to shreds, with the vocal encouragement of Jamie Dimon, has been a profoundly dispiriting experience for anyone who hoped that a great crisis would bring an opportunity for real change, for a real realignment in the relationship between Wall Street and Main Street.

Dimon is the physical embodiment of that alignment "of all the major players." If reinstating Glass-Steagall would weaken his influence over public policy, that's reason enough to do it.