My daughter has awful taste 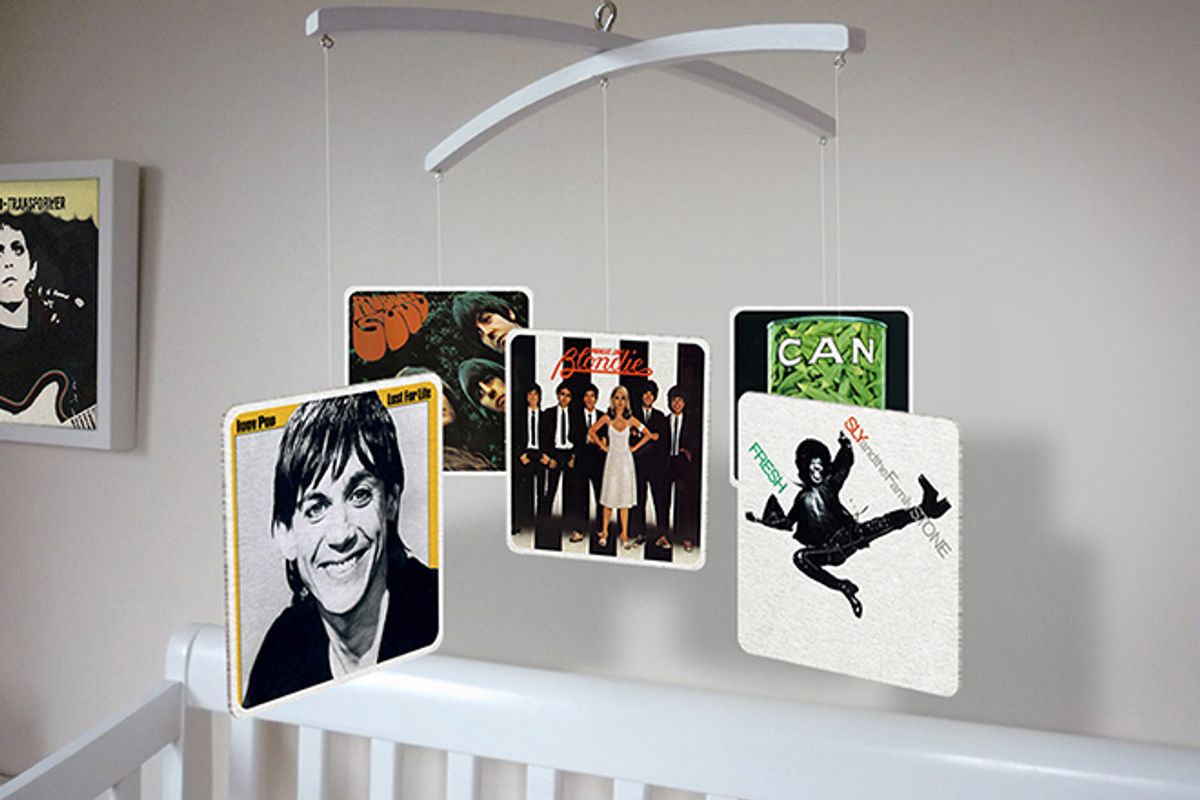 I’m pretty easy to push around, so in a sense, there’s nothing I can tell you. You were born and handed to me and I pronounced, over your writhing, wakeful form, what was either a prophecy or a curse. “She’s so curious,” I said to your mother. Then added, after watching you twist around with something more than a newborn’s usual energy, “And stubborn.”

That’s turned out to be the case. I didn’t have to be Cassandra to see it: Your mother is stubborn, and I am stubborn (however malleable I might be when prodded relentlessly for dessert), and curiosity is the coin of the realm for me. It’s all I’ve got, as I certainly don’t have money, and whatever I’ve got of taste — that dubious virtue by which we attempt to justify our love of one thing over our contempt for another — may or may not be transmissible. I’ve tried. Endlessly, I’ve tried, to wean you away from ABBA (whom I like, but enough was enough — could there be anything more emasculating than flying down Hollywood Boulevard in a Prius, being asked to turn up the volume on “Dancing Queen” for the third time in a row?); Disney princesses; "I, Carly"; an endless series of insipid shows that seem to me exactly like "iCarly"; a number of books so idiotic I can’t bring myself to remember their titles even as every last word seems to have been chiseled into my frontal lobe with a hammer. You have awful taste, and there’s no greater proof of this than there was a few weeks ago when, as we were driving in the car and listening to "Rubber Soul," I remarked that the Beatles were the best band in the world (a truism I don’t actually believe, but which seemed the sort of thing one should pass on to a child, as an effort not to come off as some sort of conspiracy theorist), and you said they weren’t. When I asked you who was better, you said, “Um, well, there’s Cobra Starship.”

You are some rough clay, flesh of my flesh, but the thing is, I don’t care. I’ve given you everything, whether or not you were paying attention. I’ve watched "Yellow Submarine" with you, and "Butch Cassidy and the Sundance Kid." I’ve read "The Little Prince" and "The Phantom Tollbooth" and D’Aulaire’s "Book of Greek Mythology" (which I was gutted to see you had no interest in at all). I’ve played Can and Iggy Pop and “Heart of Glass” and Sly Stone until I’m blue in the face. I’ve made you suffer my singing, for God’s sake, through my favorite song on "Rubber Soul" (it’s “The Word,” naturally). I’ve tried. And though you’ve been indifferent to almost all of them — you cried at the end of "The Little Prince," but I’m convinced it was only because I did — I simply can’t bring myself to think it matters what you love or don’t love, or rather, can’t imagine my own love for you being inflected by what you do. Your mother is a Republican, so there’ll be trouble down the road, sooner or later. You’ll have to square your Jewish, agnostic, liberal father’s beliefs against their opposite, but now? It’s doubtful even Cobra Starship can divide us.

This thing is, this is tantamount to an education. It’s what I’d most like to instill in you. The fact I ever married a Republican shocks me, even if she was closeted at the time and even if nothing divides people like taste, but I’m glad I did. It’s true, your mother and I are ideological opposites, and it’s not surprising we divorced. What is surprising is that we don’t hate each other, as so many ideologically united ex-couples do, and that we might even love each other a little bit still through you. But what I know is that tastes change, interests change, opinions change, affections change, and still at the end of it you’re stuck being yourself. Which is a thing rarely amenable to reason, in its deeper recesses, and yet it is also, unless you’re a total idiot, a thing highly susceptible to influence. You should be influenced. You should fall in love. You should fall out of love. You should do these things and not feel bad about any of it, unless you hurt someone else and even then you shouldn’t feel too bad. It’s all in the game, so to speak, and if you’re not the object of someone’s distaste somewhere you’re probably playing it wrong.

Still, though. I am responsible for your upbringing, and in an effort not to throw you to the wolves, or at least not to those I believe will be on the wrong side of history in November, I will continue to ply you. With Lou Reed (I know you can hear me: Last week you piped up from the back seat, “Daddy, that’s two less dollars than I have in my hand”) and Jacques Tati and Monty Python and Gramsci (just kidding, Linds, if you’re reading this). I’ll continue to find it funnier than I used to when Paul Newman kicks his stupid henchman in the nuts, and I will continue to watch "Adventure Time" now and then even when you’re not in the house. I will buy you too many Slurpees. I will be influenced by you, in other words, which is as it should be. I will allow my own taste to get worse, at times, and I will allow you the freedom to form (and re-form, and deform) your own. I will think of the Beatles, when your other parent takes you, as she occasionally does, to church rather than to synagogue, and I will think of the word that gets heard in both the good books and the bad books that I’ve read. It’s the one that’s truly inescapable, and I will know, by the time you read this and have renounced Cobra Starship forever, you will have heard it too.

Matthew Specktor is the author of three books, including the novel "American Dream Machine," forthcoming in the spring of 2013. He lives in Los Angeles.

Books Music Parenting Trust Me On This