An old-fashioned educational practice may be set for a comeback 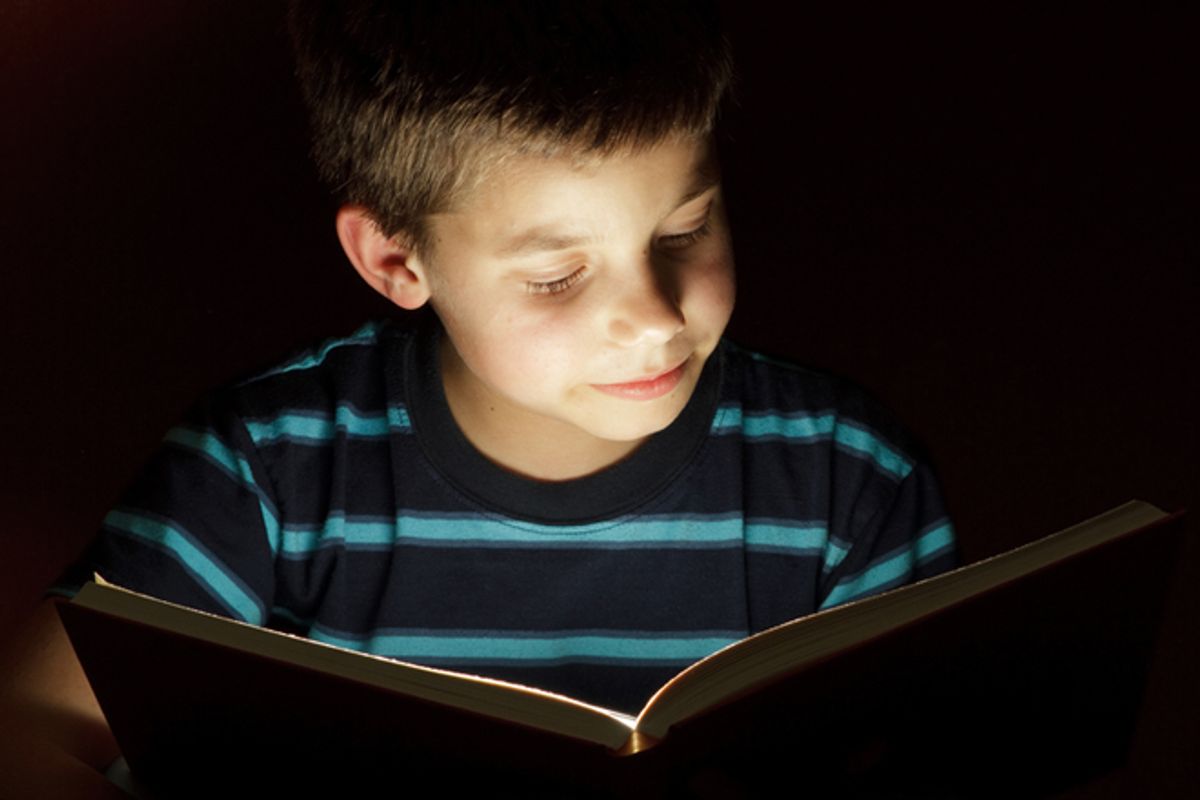 To judge by the reactions of some citizens, you'd think that Britain's education secretary had proposed the reinstatement of Latin noun declensions and other pedagogical tortures. He recently suggested a particular change to the curriculum used by British primary schools. His critics said that what he proposed was "a bit humiliating," akin to "regurgitating," likely to foster "boredom" and to make kids "resentful." The plan? To require schoolchildren to memorize and recite poetry.

To be fair, those comments were posted to the website of the leftish Guardian newspaper. The secretary, Michael Gove, is a Tory -- and, furthermore, a Tory prone to floating dopey proposals, like giving the Queen a 60-million-pound yacht for her diamond jubilee. Nevertheless, the idea of having children memorize anything (except, perhaps, the multiplication tables) is regarded by many forward-thinking people with suspicion.

Gove's proposal amused me because it's surely the only matter on which he and my friend Leslie Kauffman, a political radical, are ever likely to agree. Dismayed by the banal, standardized educational programs in the schools available to them, she and her husband (Salon's film critic, Andrew O'Hehir) are home schooling their 8-year-old twins. And for the past 9 months, they've been memorizing poetry.

"People associate it with fusty, old-fashioned teaching styles," Kauffman told me. "Memorizing anything is associated with rote learning, the mindless parroting of information under an authoritarian teaching style." Perhaps that's what Gove has in mind, but it doesn't have to be that way. "If you want your child to appreciate beautiful writing," she said, "then memorizing poetry is one way to do that. It's not just exposing them to it, but actually getting them to take ownership of it."

Few contemporary American adults were required to memorize poetry in school; pedagogical fashion has rejected that sort of thing for several decades now. Chances are, however, that you still remember whatever scraps of verse you did learn by heart and can repeat at least some of it today. Perhaps this recall is largely mechanical, like that of the terminally dimwitted Bertie Wooster in P.G. Wodehouse's humorous Jeeves stories. Bertie, the worst possible argument on behalf of traditional educational methods, is a font of undigested and barely understood literary quotations, from Byron ("Who was it who came down like a wolf on the fold?" "The Assyrian, sir") to Keats. The great literature drummed into him by rote failed to truly penetrate his feeble mind.

Nevertheless, there's a growing suspicion that memorization has been too hastily stigmatized. Last year, Joshua Foer's "Moonwalking With Einstein: The Art and Science of Remembering Everything" was a surprise hit among those who long to boost their recall. As with any other skill, memory improves with training and there is evidence -- most recently reported in the New York Times Magazine -- that exercises to expand "working memory" (the stuff you can hold in your head for immediate use) also increase "fluid intelligence," the ability to reason and solve novel problems.

This doesn't surprise Jim Holt, a writer who specializes in scientific and philosophical subjects, and whose new book, "Why Does the World Exist?: An Existential Detective Story," will be published next month. Holt has been memorizing poetry, a few lines per day, for the past "eight or nine years." At first, he doubted that this practice led to any cognitive improvement, but lately he's changed his mind. "You're holding several lines in your head," he told me, "and I've noticed that I'm better able to do that with other things, like proofs in mathematics. I don't have to write things down as much. So it does expand your working memory."

Like Kauffman, Holt talks of memorizing poetry as a form of ownership, a more intimate and organic relationship to the art. "I have about 4,200 lines," he said, because he's got them with him wherever he happens to go. In an essay for the New York Times Book Review on the topic, Holt described memorizing Tennyson's "Ulysses" as becoming the "possessor of a nice big piece of poetical real estate, one that I will always be able to revisit and roam about in." He also says that the process gives him a much richer and more enjoyable sense of the dynamic tension between the meaning of the lines and their meter and form.

Holt does remember being compelled to memorize long passages from Shakespeare as a student, and finding this "pretty painful." The secret, he maintains, is to do it more incrementally. Kauffman, too, has her children memorize one short poem per week, with regular cycling back for review. She picks, "short, kid-friendly" poems, and is struck by how quickly her twins seem to learn them. Far from putting her children off poetry (as some of the Guardian's readers predicted would happen if British schools took up the practice), she's found that "the poetry part of our study time has been really fun. The kids really respond to it with joy and pleasure."

Jim Holt on the case for memorizing poetry, in the New York Times Book Review

Salon's review of "Moonwalking With Einstein: The Art and Science of Remembering Everything" by Joshua Foer

Dan Hurley on whether memory and other mental exercises can make you smarter, for the New York Times Magazine