Not only has Wall St. shifted its support to Romney, but liberals have stopped giving to the president as well 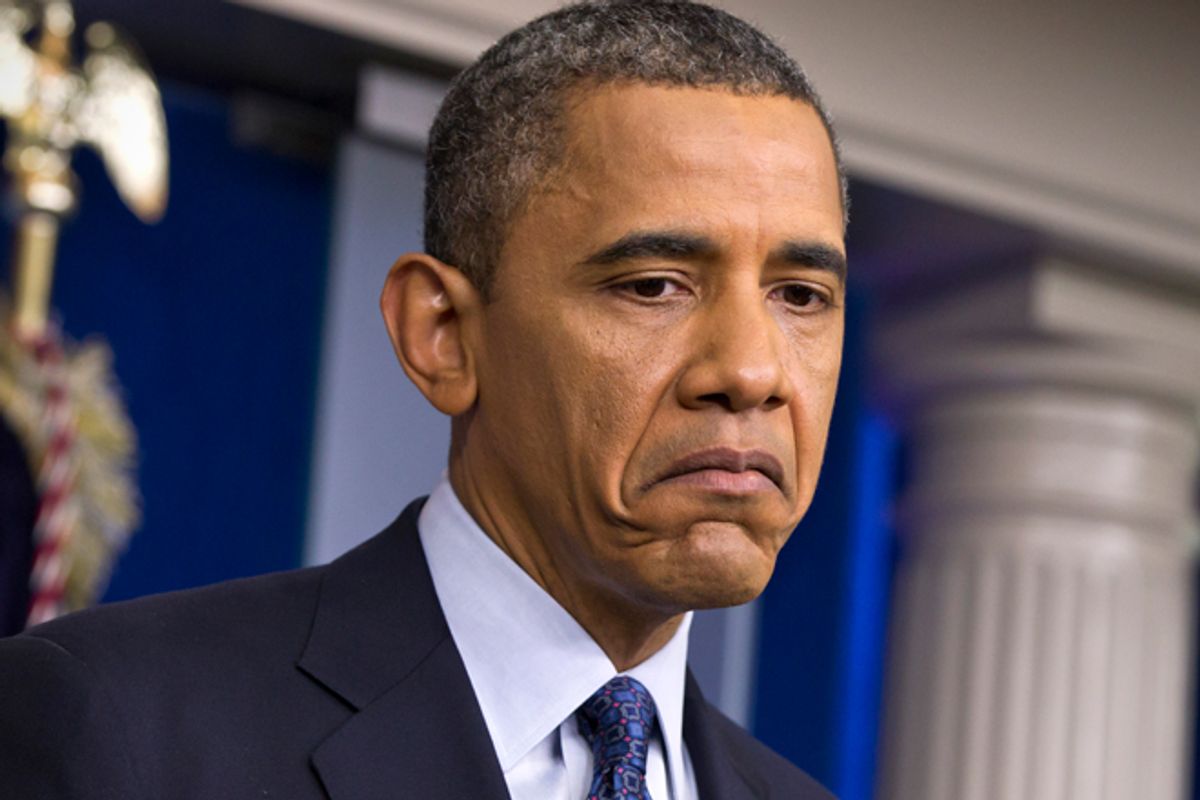 BuzzFeed tells us that the most liberal grass-roots supporters of Obama, the kind of small donors who eagerly donated 200 bucks to the senator from Illinois in 2008, aren't ponying up the cash this year.

Maybe they should mull over the deeper meaning of the recent Politico headline: "Wall Street's Vote: Romney by a Landslide."

Financial sector donations to Romney and his super PAC currently total $37.1 million. To Obama -- $4.8 million. A significant proportion of the cash is coming from moguls who supported Obama in 2008.

Ken Griffin, founder of the Chicago-based hedge fund Citadel, has accused Obama of engaging in “class warfare” and gave $2,500 to Romney’s campaign, plus nearly $1.1 million to the pro-Romney super PAC Restore Our Future. But in 2008, Griffin donated the maximum $4,600 to Obama’s campaign and helped raise another $50,000 to $100,000.

Let's get this straight. Obama continued George W. Bush's bailout of the financial sector, has failed to prosecute any Wall Street executives for crimes related to the financial crisis, extended Bush's tax cuts for the wealthy, passed an extremely mild piece of bank reform legislation and let the banks get away with murder on the housing/foreclosure crisis. But he also said a few mean things about Wall Street fat cats, and he supports, in theory, higher taxes for the rich. CLASS WARFARE!

Liberal disappointment in Obama is easy to understand. He didn't nationalize the banks; he didn't push for a public option in healthcare; he authorizes drones to murder from the sky; et cetera. He has not transformed America as so many people apparently hoped he would. We can argue about how much he ever could have achieved, given the opposition of Republicans, but that's all moot. He's not inspiring the same level of excitement in 2012 as he did in 2008 and there are good reasons for that.

But still: Money talks. And apparently, any regulation is too much for Wall Street. And any suggestion of a more equitable distribution of wealth in the U.S. is verboten. If there's any question about who Wall Street thinks would better serve its interests in the White House, the campaign finance numbers settle it, once and for all.

The New York Times reports that in May, Romney and his backers raised $76.8 million -- $17 million more than Obama. Obama is getting especially clobbered in super PAC contributions : On Tuesday morning, the Wall Street Journal reported that casino magnate Sheldon Adelson contributed another $10 million to the Romney-affilated super Pac Restore Our Future.

The funding disparity, reports the Times, has pushed Obama to spend more time fundraising than any previous incumbent president, which has encouraged Republicans to make mean comments about how he should be concentrating on governing, rather than attending $40,000-a-plate star-studded dinners. Not only is this unkind, but it's also deliciously perverse. Republican presidents appointed the Supreme Court justices who opened the floodgates for corporate cash to swamp the political process. Now they mock a Democratic president for spending far too much of his time begging for money -- even as one of the key drivers of Obama's desperation is the fact that most of that new corporate cash is going to the GOP's candidate.

Wall Street's candidate, Romney, can be counted on to appoint more Supreme Court justices dedicated to the proposition that government should not interfere with corporate influence over politics. Numbers don't lie.