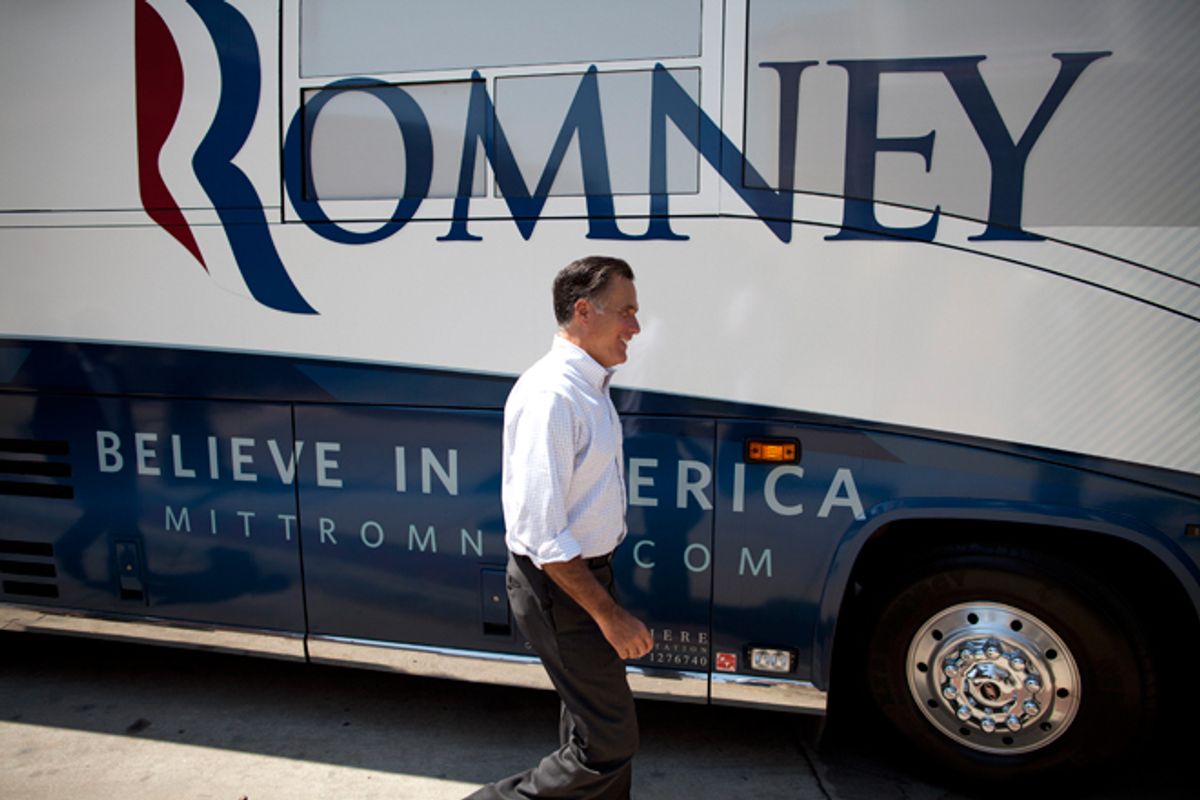 Mitt Romney in front of his campaign bus. (AP/Evan Vucci)
--

Mitt Romney's love for pranks didn't apparently die at the Cranbrook School: With both Romney and President Obama campaigning in Ohio today, his team took the opportunity to drive their campaign bus in circles around the site of President Obama's economic speech this afternoon, laying on the horn.

Several reporters on the bus tweeted with confusion, at first, why the bus seemed to be aimlessly circling in Ohio. Soon, the campaign's brilliant scheme revealed itself as they realized the bus -- emblazoned with the Romney campaign's logo in giant letters -- was circling the president's speech site and honking at Obama supporters. The president's talk doesn't begin until later this afternoon, but the move seemed to be an attempt to harass, distract or annoy attendees.

This is not the first time the presumed GOP presidential nominee's campaign has employed schoolyard taunts. Last month, it sent volunteers and campaign staffers from its Boston headquarters to heckle a press conference led by Obama strategist David Axelrod on the statehouse steps in the Massachusetts capital.