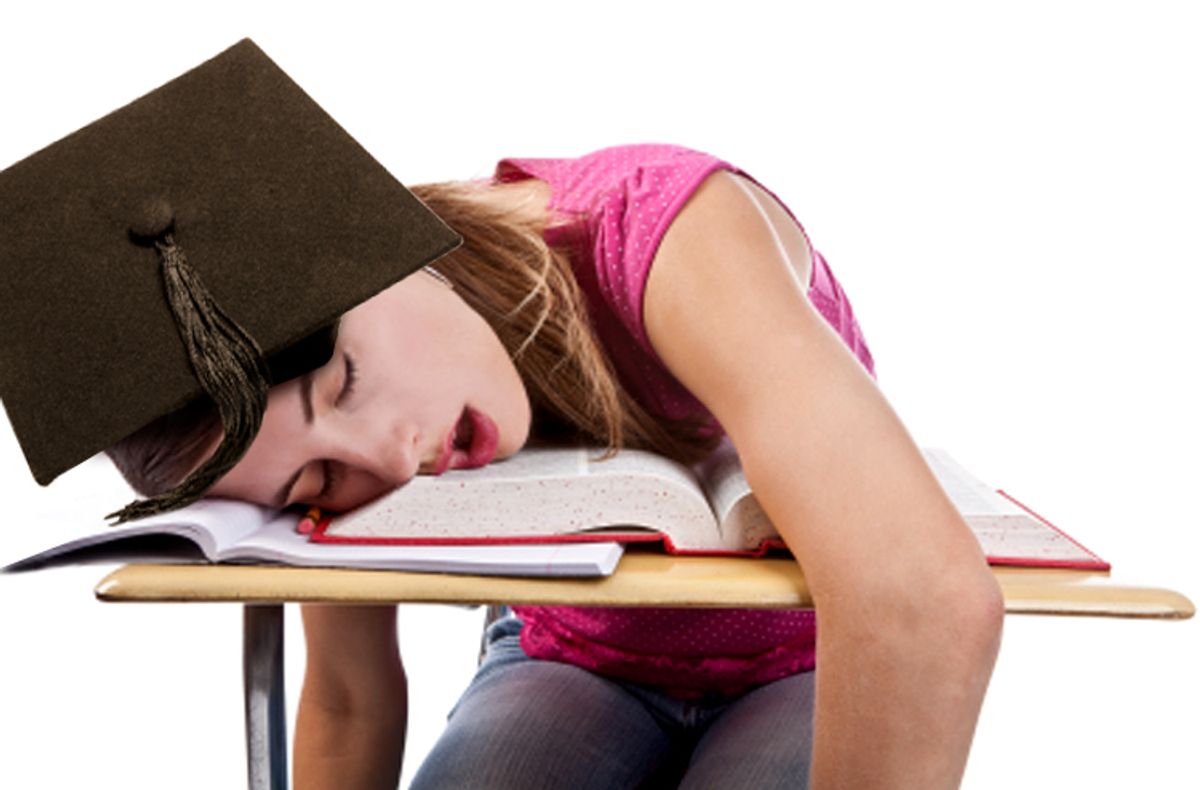 A 15-year-old British schoolgirl has just woken up from a two-month sleep to find she had missed nine GCSE exams.

According to the National Institute of Neurological Disorders and Stroke, the condition mainly affects adolescent males and is characterized by episodes of excessive sleep. Affected individuals are completely normal between these episodes but may sleep up to 20 hours a day for extended periods of time. It's estimated that just 1,000 people worldwide have the condition.

Stacey Comerford told The Sun that at two months this latest sleeping state is her longest.

"When she's in an episode, she might get up to go to the toilet or get a drink but she's not awake. I call it sleep mode," her mother Bernie Richards explained to the newspaper, adding that Stacey has lost nearly 28lbs because of the condition.

“I've missed nine exams and my birthday in November," Stacey is quoted as  saying by The Daily Mail.

Stacey started experiencing symptoms about a year ago, but the condition is so rare that she was only diagnosed in March, according to The Mirror.

There is no known cure for Kleine-Levin Syndrome, but some experts believe individuals grow out of it.