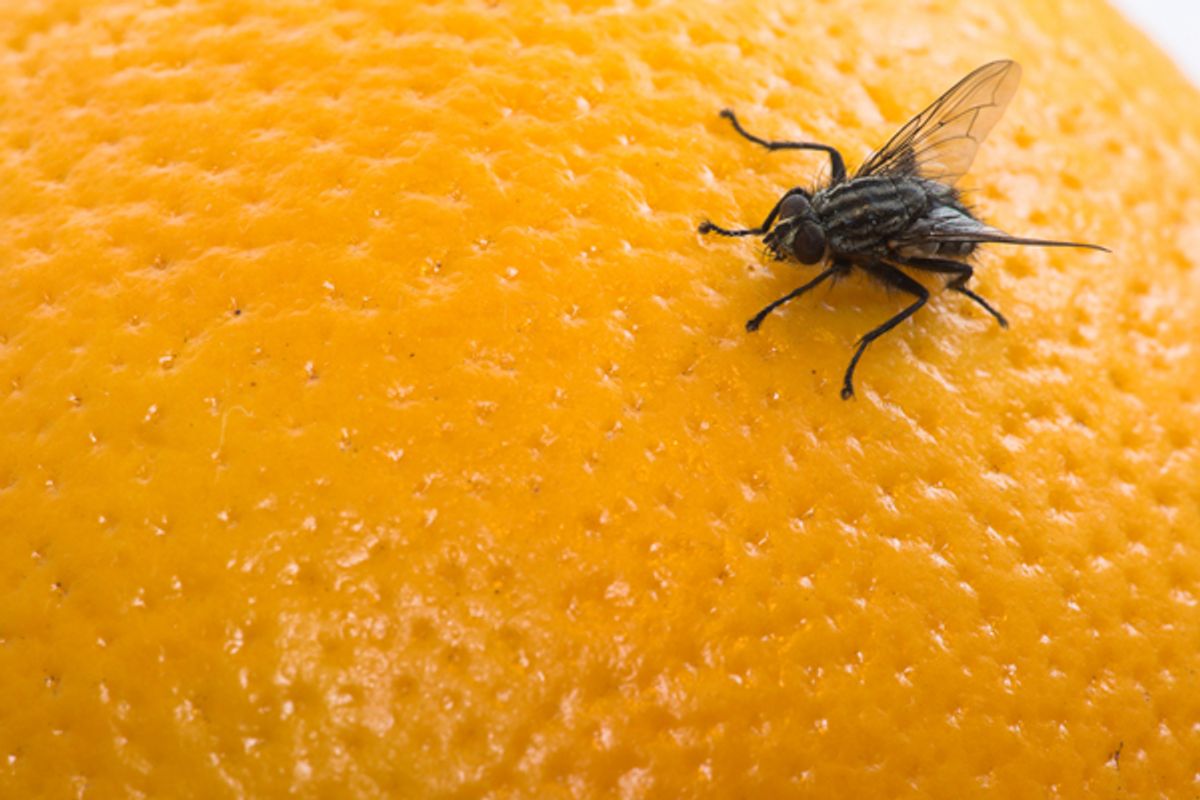 BEIJING (AP) — Shanghai grad student Wu Heng hadn’t planned to become a food activist but he couldn’t stop himself after reading a news story about cooks slathering pork in chemicals to make it look and smell like costlier cuts of beef.

“I never knew you could make fake beef!” said Wu, who described being shocked and disgusted by the revelation. “I suddenly felt I needed to do something, to create a platform so consumers could know about this kind of thing.”

The result of Wu’s epiphany a year ago is the cheeky and informative food scandal database ‘Throw It Out the Window,’ a homegrown resource that tries to alert the Chinese public to the many dangers lurking at the supermarket and on the restaurant table.

The site and other tech tools like it, including a new iPhone app that gives daily news feeds about the latest food scandals, underscore the deep anger in China over the country’s persistent food safety problems and a new willingness among ordinary people to take the matter into their own hands.

Driven partly by the government’s foot dragging on food safety, such grassroots activism is unusual in a country where citizen action is discouraged, and often dangerous.

After reading about the fake beef problem a year ago, Wu, 26, dashed off an online appeal seeking help for the new project, his exuberance clear from the 17 exclamation points in his May 11, 2011 blog title that ended with a rallying cry: “Come on, we can change something.”

A few dozen volunteers now help Wu maintain the site, which is updated daily with Chinese language news reports about food dangers. It’s become so popular, it crashed from all the traffic on May 3. Wu says 5 million people visited his site over the last month and a half.
On Thursday, the site had reports about maggots in hot dogs and a workshop that was churning out fake honey made from water, white sugar, thickener and coloring.

Wu, whose studies focus on modern Shanghai and are unrelated to food, said his crash course in contemporary food problems has steered him away from meat and milk, which seem plagued more than others by quality issues.

Wu titled his “Throw it Out the Window” site in a nod to a story he’d read about U.S. President Theodore Roosevelt allegedly throwing a breakfast sausage out the window of the White House after reading about the state of meat processing in Chicago. Roosevelt’s signature on legislation in 1906 paved the way for the U.S. Food and Drug Administration.

China has its own State Food and Drug Administration but responsibility for food safety is shared across a patchwork of agencies and offices, including ministries of health and agriculture, meaning problems frequently fall through the cracks. The government has shown itself so incapable that Chinese Premier Wen Jiabao was again this week promising more action.
Wen called for greater public involvement in food safety and even said whistle blowers should be rewarded.

But such whistle blowing and activism pose a tough test for the Chinese government, which doesn’t tolerate any political activism and only allows rights work for some issues, including health and food, within very narrow limits.

Those who have tried to expose food problems or pushed too hard for compensation in the aftermath of scandals have faced persecution.

After a visit to China in 2010, a U.N. human rights envoy expressed concern about the prosecution and harassment of China’s food safety advocates, citing the case of Zhao Lianhai, a Beijing writer who was sentenced to 2-1/2 years in jail “for inciting social disorder” after he organized parents of children sickened by tainted milk formula in 2008.

Olivier De Schutter, the Human Rights Council’s independent expert on the right to food, said such actions had a “chilling effect” on food safety activism in China and called on the government to allow free expression to play a role in defending the public’s right to safe food.

“Doing nongovernment work, or any public welfare work in China is risky,” said Wu, the ‘Throw it Out the Window’ founder.

Though he’s on the radar of Shanghai officials, they don’t so far seem to see his work as threatening.

Last month, the Shanghai Food Safety Office asked to meet Wu, a request that made him think the site was about to be shut down.

Nine sharply dressed officials showed up, including the office director, and talked with Wu for 2.5 hours in a Fudan University conference room. He showed them a powerpoint presentation about the Web site and took questions. Wu was surprised and relieved by the feedback he got.

“They were actually approving of my work and said I was helping them do their job,” Wu said with a laugh.

A similar concept on a different platform is the “China Survival Guide,” an iPhone application that became the top free download in the Chinese Apple iTunes store within three days of its launch last month. It has a searchable database of food problems and updates daily.

Yang Feiyan, spokesperson for Kingsoft Internet Security Software, said one of the company’s product managers came up with the idea for the app as a gift to his young daughter and father after hearing about industrial gelatin in kid’s snacks and cabbage sprayed with formaldehyde.

“He had the very clear impression that friends and family around him had gone from feeling really depressed and angry about the food safety situation to feeling terrified and anxious,” Yang said.

She said the executive who came up with the idea wasn’t available for an interview and declined to identify him by name.

Kingsoft hopes the app can “wake up people’s consciousness to the need to fight for food safety,” Yang said, adding that the company is now working on an Android version.

While shining an unflattering spotlight on China’s food problems, both the Kingsoft app and Wu’s site rely on government sanctioned reports from state-run media. A more daring approach would be to do fully independent testing or reporting on food, but attempts to do that have been shut down.

Wu, the grad student, says the next level of food activism in China will be teaching consumers to vote with their pocketbooks, to avoid shoddy products and pressure manufacturers to meet higher standards.

Throw It Out The Window (Chinese only)