Over three decades, the legendary musician has taught me to listen to the pauses -- and my inner kid 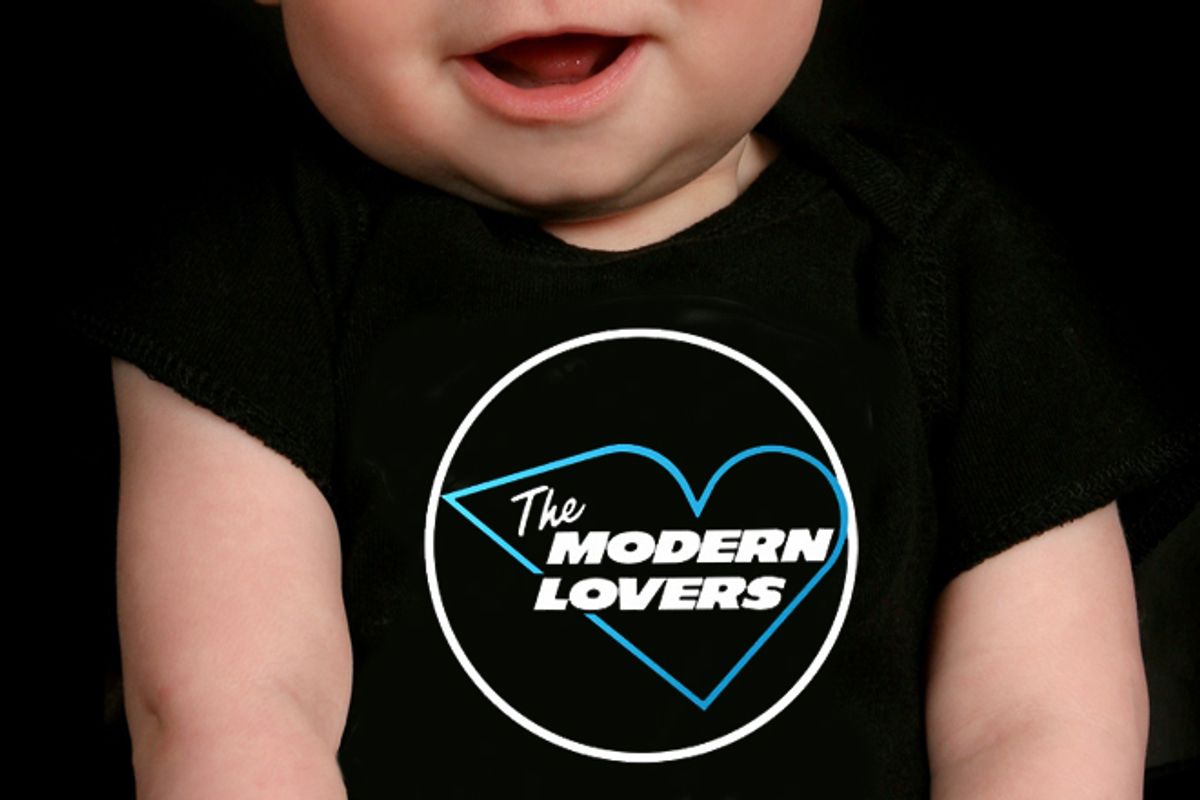 It’s easy enough to foist your music collection on your kids. Lectures are not required; you just play the stuff while they are prisoner in the backseat on a long drive, or softly in the background while eating dinner. A couple of weeks ago my 12-year-old son heard Peggy Lee’s “Is That All There Is?” this way -- an LP I had taken from my own parents’ collection at some point. After dinner he went out and shared the song with his best friends. Via YouTube.

As a child, I was fascinated by an LP in my parents’ collection: Charles Aznavour’s "The Old Fashioned Way." This album taught me about cross-dressing (“What Makes a Man”), and also that men sometimes cry, for Aznavour appears to break down in tears towards the end of “No, I Could Never Forget.”

Each season was for us a season for our love,
And we were not afraid as autumn turned to winter.
As long as there's youth, it is springtime forever.
No, no I could never forget  . . . never forget.

On “never forget,” his voice cracks, and the lyric and the way that he pauses brings me to the lyrics and the pauses of Jonathan Richman, himself an admitted Aznavour fan (check out his “Give Paris One More Chance”).

In 1980, as a a junior in high school, I started hearing about an out-of-print album by Richman's Boston band, the Modern Lovers. I heard the Sex Pistols running down a sloppy version of  “Road Runner” on their "The Great Rock N Roll Swindle" double album. I searched every record store in New York looking for a copy of "The Modern Lovers," released in 1976 but already deleted. And not the kind of deleted where you find it in 50 cent bins. Bleecker Bob himself laughed at me when I dared ask if he had a copy behind the counter of his shop on MacDougal Street. This was the fate of this classic album from 1976 to 1986  -- to be unavailable. I did find a copy, 9,000 miles away, in a used record store on Cuba Street in Wellington, New Zealand (where I was born, and where I spent the summer of 1980). I could not believe my luck. I brought this treasured possession back to New York at the end of summer and I have that LP still, on the Festival label, under license from Beserkley Records.

This is one of those albums without filler, where every song counts, where you come to learn each and every drum fill, guitar note, lyric and vocal inflection. From the opening “Road Runner” to “Pablo Picasso” to “Girlfriend,”  from “Old World” on Side 1 to “Modern World,” which closes out Side 2, it is unstoppable.

The Modern Lovers were a tremendous band (this is also borne out by live recordings from the period), later to be called proto-punk. The quartet featured drummer David Robinson (later of the Cars), bassist Ernie Brooks and keyboard player Jerry Harrison (later to join Talking Heads). Harrison's distinctive Farfisa-through-fuzzbox is one of the definitive rock keyboard sounds, echoed today in a band like Clinic. And then there is the restrained, delicate Stratocaster playing of Richman himself.

But most important, a singer either pulls you in or doesn’t. At age 17, I knew I hadn’t heard another singer like this. His voice sounds like he has a cold. He sings like he’s singing each line for the first time -- the phrasing is striking, you feel like you are standing with him as a particular thought occurs. “Hospital” is a nice example. It starts like this:

When you get out
Of the hospital
Let me back into your life
I can’t stand what you do
I’m in love with your eyes.

But the best moment is the top of the fourth verse, where Jonathan hesitates on the words “now” and “world”:

He pulls off another beautiful pause after the “I" in “I’m Straight” (a lost track not included in the original LP but added to the 1986 rerelease), a pause so delicate that again you feel you are there with him as he talks to a would-be girlfriend.

The delay in release seems to have been due not to record company nonsense but more to Richman’s own change of direction. In 1973 the band played a fateful series of shows at a hotel in Bermuda, and Richman returned from this trip a changed artist. He tells this story in his later song “Down in Bermuda.” He had the revelation that he didn’t need to be the dark, brooding New Englander playing Velvet Underground-inspired rock; he could write sunny, relaxed songs instead. So it was that he turned his back on his early sound, decided that a loud rock band was not the best way to communicate to an audience, and turned away from the songs too, wanting neither to finish them for Warner Brothers nor to perform them live. This is a decision he has mostly stuck to for some 40 years (though there is the occasional “Pablo Picasso” in his set).

It wasn’t till 1976 that the album (compiled and mixed from the various demo sessions) found a release on Beserkley Records. Some rock critics have pondered how the course of ‘70s rock might have been altered if only "The Modern Lovers" had been released in 1973. Perhaps instead of Bread and the Doobie Brothers and Peter Frampton, it could have been Jonathan Richman showing us the way, a 20-year-old kid, with short hair in 1971, loudly proclaiming “I’m not stoned, like Hippy Johnny. I’m straight, and I want to take his place.” Straight before straight edge, singing not of life in the fast lane but life on Route 128, driving past the Stop & Shop, hanging out in front of  Filene’s at dusk, growing dignified and old.

I can’t really think of another example of an artist creating an instant masterpiece at such a young age and then running so hard from it. But no matter, he continued to make great albums, though in a very different vein. In fact, by the time "The Modern Lovers" was released in 1976, he had already recorded another album, "Jonathan Richman and the Modern Lovers," with a new band and a new batch of songs like  “Abominable Snowman in the Market” and “Hey There Little Insect." So in effect he had two debut albums the same year.

Last night I saw Jonathan Richman perform at Bowery Ballroom in New York. I counted myself lucky that he pulled out not only “Egyptian Reggae” (a U.K. hit for him in 1977), but also “Old World,” which dates from that first album, but also appeared -- in a new stripped-down version with fresh lyrics -- on his excellent album "Because Her Beauty Is Raw and Wild." He is an amazing and unique live performer, in recent years playing a nylon acoustic guitar and accompanied only by Tommy Larkin on drums (playing quietly). His guitar playing is better than ever; he never gets too far from the melody but there is a dazzling fluidity to his fretwork that I never noticed before. There are also moments where he puts down the guitar, picks up the jingle bells, and dances, before ending with a flourish and a smile that recalls his hero Harpo Marx.

I stopped by the merchandise desk on the way out of the club. Generally there are no shirts or discs for sale at his shows (nor does Jonathan Richman maintain a website or Myspace or any kind of online presence). But on this night he was selling vinyl copies of “The Original Modern Lovers” -- demos produced by Kim Fowley in 1973 -- and also black T-shirts featuring the classic logo from the first Modern Lovers album. Also on the table was his recent seven-inch single, “You Can Have a Cell Phone That’s Okay But Not Me.”

When I got home last night I listened to the new recording of “Old World” and was reminded that he has updated the lyrics as well as the rhythm. He still sings “the old world may be dead / our parents can’t understand.” But where once he sang “I wanna keep my place in the old world,” he now sings “I have respect for the old world, but I don’t wanna go back to the old ways. I say bye bye old world.” And then a pause. “Bye bye old world.”

I realize I have already made my son listen to “Abominable Snowman” and “Hey There Little Insect” -- back when he was 6, on a long car ride. He never particularly warmed to that stuff, but surely the time is ripe for me to expose him to “Pablo Picasso” and “Old World.”

Editor's Picks Music Parenting Trust Me On This