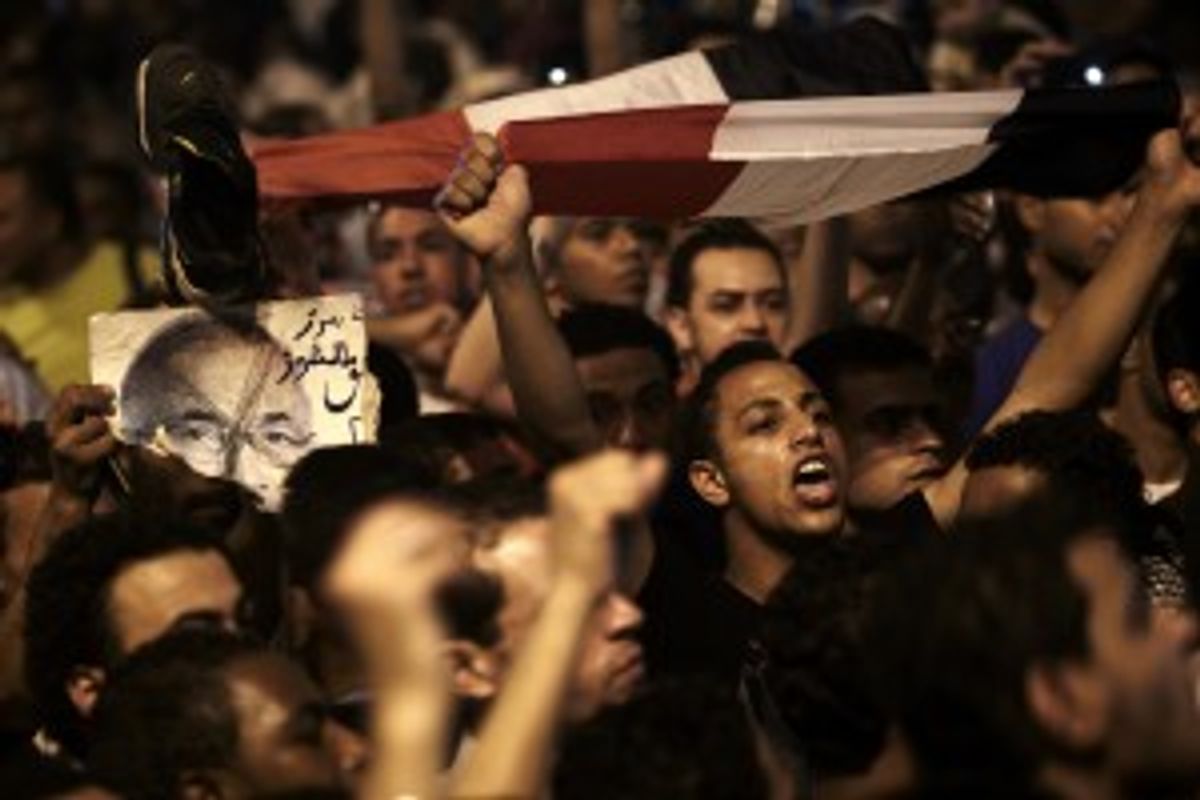 The revolutionary youth of Egypt return to Tahrir to protest the outcome of the Egyptian presidential election, Cairo, Egypt. (AP Photo/Fredrik Persson)
--

The court said the lower house of Parliament must be dissolved and new elections held because of violations during a vote earlier this year, Reuters reported.

“The ruling regarding Parliament includes the dissolution of the lower house of Parliament in its entirety because the law upon which the elections were held is contrary to rules of the constitution,” Farouk Soltan, leader of the Supreme Court, told Reuters.

CNN is reporting that the Supreme Council of the Armed Forces, which took over after the ousting of Hosni Mubarak, said it will form a 100-person assembly to write a new constitution by Friday.

Earlier, the court ruled that former prime minister Ahmed Shafiq can continue his bid for presidency in a contest against Mohammed Morsi of the Muslim Brotherhood.

Shafiq's candidacy was in doubt because of his membership in Mubarak’s regime, BBC said.
The court was examining the legality of a law that prevents any of Mubarak’s cronies from running for office for 10 years, Agence France-Presse said. Shafiq is a former air force chief under Mubarak.

An 18-day uprising last year led to Mubarak’s ouster and the dissolution of the National Democratic Party. Mubarak left office on Feb. 11, 2011.

“The Supreme Constitutional Court has ruled that the political isolation law is unconstitutional,” the state MENA news agency said, according to AFP.

In the court's ruling that one-third of Parliament should be removed, it cited election violations, The Associated Press said.

Reforms had set aside those seats for independent candidates, the court said, and political parties should not have run candidates in those races.

The decisions today could trigger further, and widespread, demonstrations and clashes, the AP said.

“Both decisions empower the Mubarak status-quo, which is no surprise as the judges of the court were appointed by the latter, and represent a part of the so-called ‘deep-state,’” Exeter University professor Omar Ashour told the AP.