The rock icon went to Berlin to record 1977's "Low," an album that led me to a dozen of my next-favorite artists 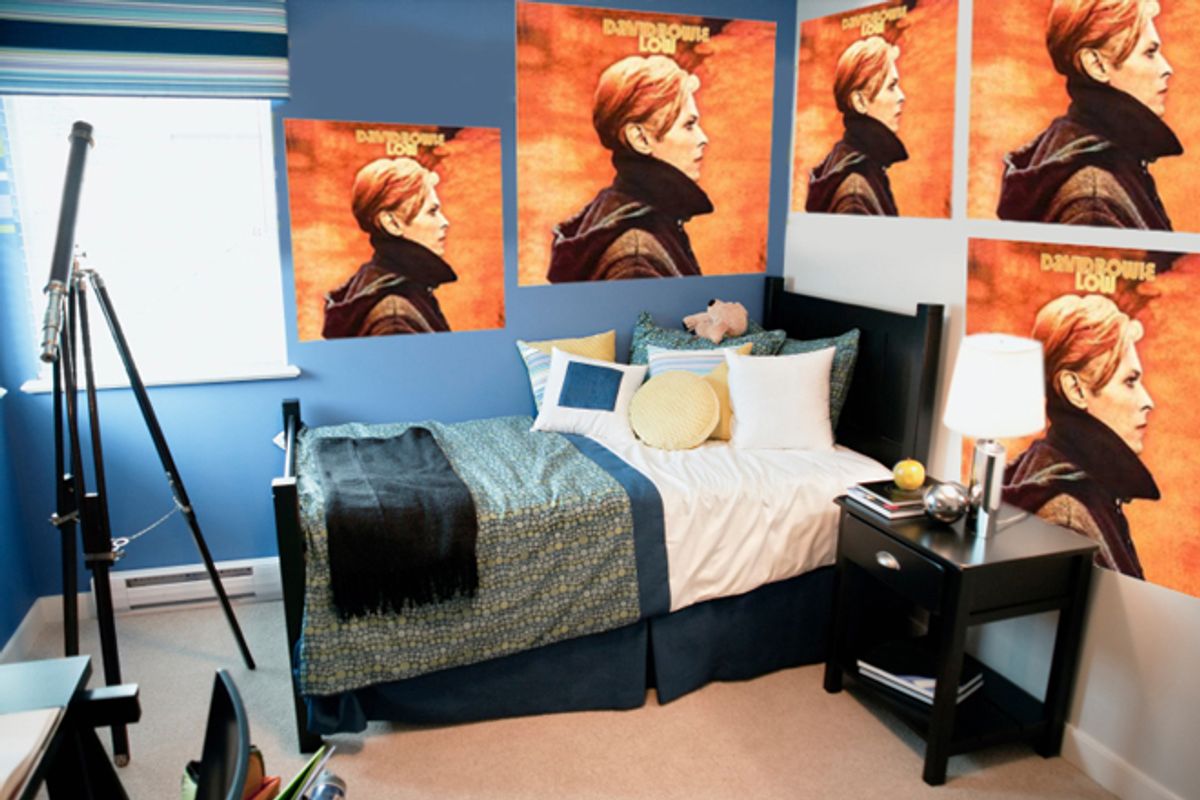 Well … I turned 16 in 1977. That was the year of The Clash and The Sex Pistols; Television and Talking Heads '77.  It was the best of times, and my love for these bands and their recordings is tied inevitably to my having been there. I was there. You were not there. You can’t have what I get from "Marquee Moon" or "Complete Control." I’m sorry. But it’s OK. I’ll never fully get The Strokes or Arcade Fire. But I do enjoy them, and consequently I’m going to suggest that maybe, just maybe ... Even if I can’t expect you to react as I did upon its release in early '77, nevertheless, I present to you now The Rock Album That You Must Give a Chance: "Low" by David Bowie.

Back then, there was no YouTube sidebar to lead you to related works. We read the music press and we listened -- to illegal cassette recordings and to John Peel on late-night BBC radio. Music nerds like me had our ears to the ground. When something big was coming, we knew it. "Low" snuck up on us. There was no fanfare, probably because RCA expected so little from it commercially.

I admit I was initially disappointed. But as a Bowie devotee, I necessarily listened to the album, nonstop, for several weeks. This was maybe my first attempt at digesting a really challenging work of art. Great art improves with repeated consideration. Mediocre art reveals itself. Pity the critic on a deadline, then. The reviews were inevitably mixed, which was unusual for Bowie -- the darling of the '70’s music press -- but there had never been an album like "Low" before. The New Musical Express best-of-the-year list had Bowie’s next album, "Heroes," at No. 1 with "Low" down at No. 27. Today, pretty much all of us would flip them.

I care little for back stories, but "Low’s" is colorful, and I’ll admit it has colored my reception of the album over the years. In 1977, West Berlin was maybe the ultimate bohemian destination. The Wall was right there, and there were no signs of it coming down. Besieged by grey totalitarianism, alive with every imaginable hedonistic abandon, this is where Bowie went to try to kick his cocaine habit. Making an album there -- basically decamping, as Bowie did, with his pal Iggy Pop -- was a statement. Pretty much every Bowie wannabe since then has made a Berlin album hoping to look cool and interesting.

Rock music, almost all of it, is rooted in the blues -- sex and/or violence and/or alienation. If you can tick all the boxes, you can really do well: See Kurt Cobain, John Lennon, Eminem. "Low" ticks almost none of them. The lyrics are cool, dry, almost sexless, and six of the eleven tracks are instrumental. OK, there is alienation, but it's not your typical rock n' roll alienation; there is no whining, “You don’t understand me.” Bowie adopts a distanced, contemplative attitude. He studies his own depression. Typically, rock music is presented by the frontman -- virile, confident, strident, desirable -- as Bowie himself was in 1973. In 1977, we find him frail, reticent and seemingly doubting his very self. Not nightclubbing. He is the anti-rockstar, alone in his room, thinking.

Blue, blue, electric blue.
That’s the color of my room, where I will live.
Blue, blue.
Plain blinds drawn all day.
Nothing to do and nothing to say.
Blue, blue.
(From "Sound and Vision")

How the does this creature make a rock record then? Because he has Chuck Berry and Muddy Waters in his blood. Bowie can’t help it. His genius lies in the interaction between his gut (primal) and his brain (esoteric). Neither one ever completely dominates, and his rock n’ roll instinct is always present, at least when there is a drummer in the room. On this record Bowie gets very close to some kind of Krautrock, but he can’t quite get there. If he is aiming at minimalism, he fails. There is too much melody, too much structure. And maybe he was frustrated, but he has too much of the music he grew up with in him to be able to completely discard it. He straddles borders between genres, and in doing so, makes something arguably more beautiful, more interesting and more rewarding than that which the purist would produce.

Listen to "Low" from start to finish and you’re in for a musical awakening. From the relentless opening guitar riff of "Speed of Life" through the exquisite "Sound and Vision" and the hypnotic "Always Crashing in the Same Car," side one may just about prepare you for side two, but probably not. Four instrumental pieces (there is singing, but no words) of rarified beauty that defy categorization. Is this modern classical music? I don’t care. It’s beauty I want, and the meeting here of arguably the three greatest rock music minds of their time -- Bowie, Brian Eno and Tony Visconti -- delivers a beauty I had never heard before. I’m still in awe of it.

"Low" led me to Eno’s ambient works, to NEU!, to Cluster, to Kraftwerk, to Steve Reich, to Miles Davis, to Erik Satie, and these led me further still, to Ravel, Terry Riley, John Cage — so much music that I love, all thanks to one album from 1977. Humor your father. Listen.

Lloyd Cole's most recent album is "Broken Record." His many other releases include, with the Commotions, "Rattlesnakes," "Easy Pieces" and "Mainstream"; and as a solo artist, "Lloyd Cole," "Love Story," "Antidepressant" and "Music in a Foreign Language."