Among the flying toilets 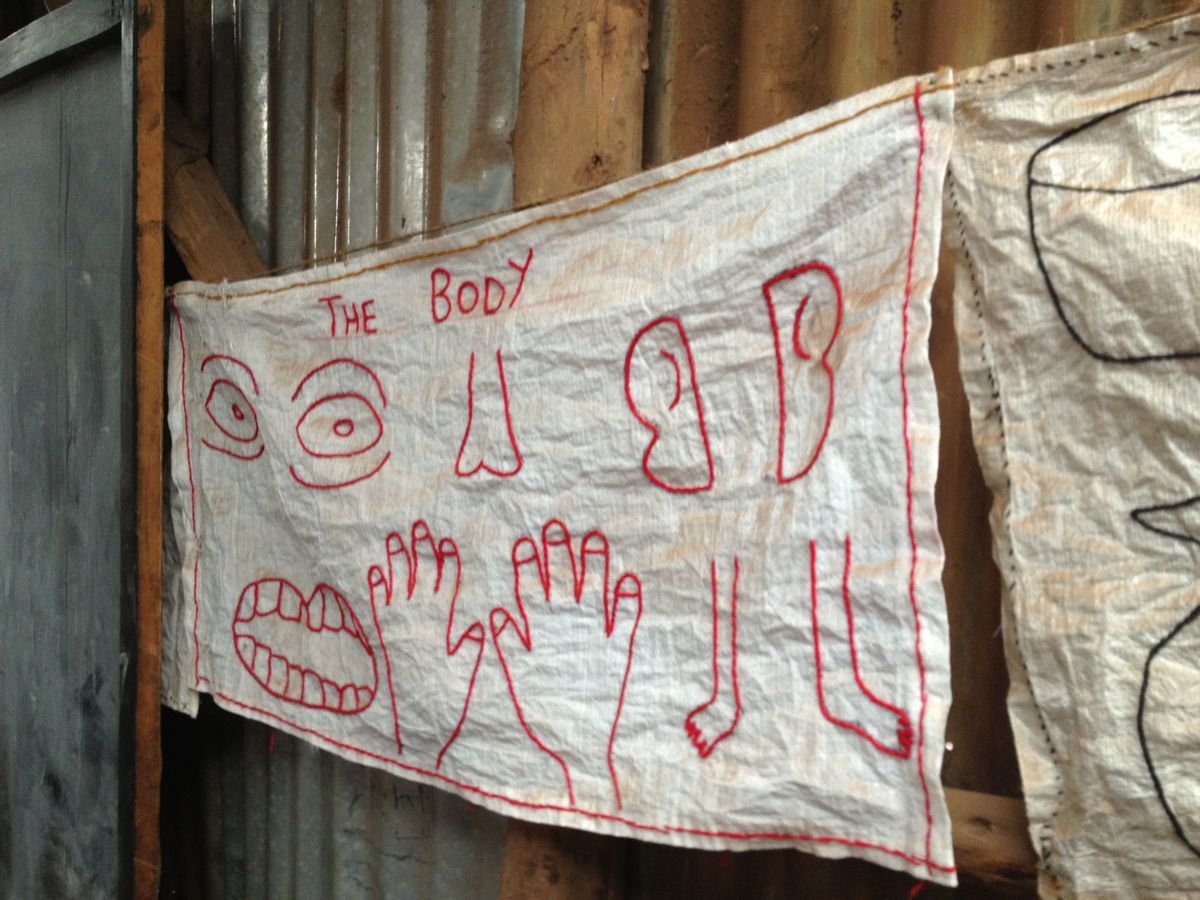 A hand-embroidered poster in a Kibera primary school. (Irin Carmon)
--

Hello, nice to meet you. Would you have married your husband if you'd known he had HIV? Why did you change your mind about that abortion you wanted? How do you feel about the fact that you can't afford to treat your 1-year-old's encephalitis?

In the rare instances a stranger ambles into a home and immediately starts on such matters, some kind of help (or at least the promise of it) is usually on the way. When it happens in the service of journalism, as it did for me today, and it's your first day in Kibera, one of Africa's largest slums -- your first day in Kenya, to be precise -- no matter how earnestly intended and guided by the wisdom of locals, it starts to feel like a step up from slum tourism. Then again, maybe even Katherine Boo had to start with one discomfited day, or several. And it's logistically unfeasible to spend three years in every place of profound suffering.

So here is what I saw in my day in Kibera, a brief and broader introduction to the country's challenges before we focus on reproductive health: Children who are apparently trained to adorably chirp "How are you?" when they see a white person, whose fates seem contingent on whether they land a spot in an NGO- or church-funded school. Trenches of excrement along every road in tandem with what were described to us as "flying toilets" (a plastic bag, propelled) with an estimated 60 actual toilets available at a charge for however many people live in the slum -- a figure that's been put at anywhere from 170,000 to a couple million. Extortionist rents out of proportion to income, if there is any; water twice a week if you pay and not quite enough pilfering to fill the gap. The Japanese Embassy funding a youth empowerment initiative that includes 10 of those aforementioned toilets, loans for small businesses, and cash assistance to migrate to Gulf countries for work.

It was hard to figure out what answer the children expected when they ran out for high-fives and asked, again and again, "How are you?" Eventually I decided I would just turn it back on them, while I was asking questions. This went in circles for a while.