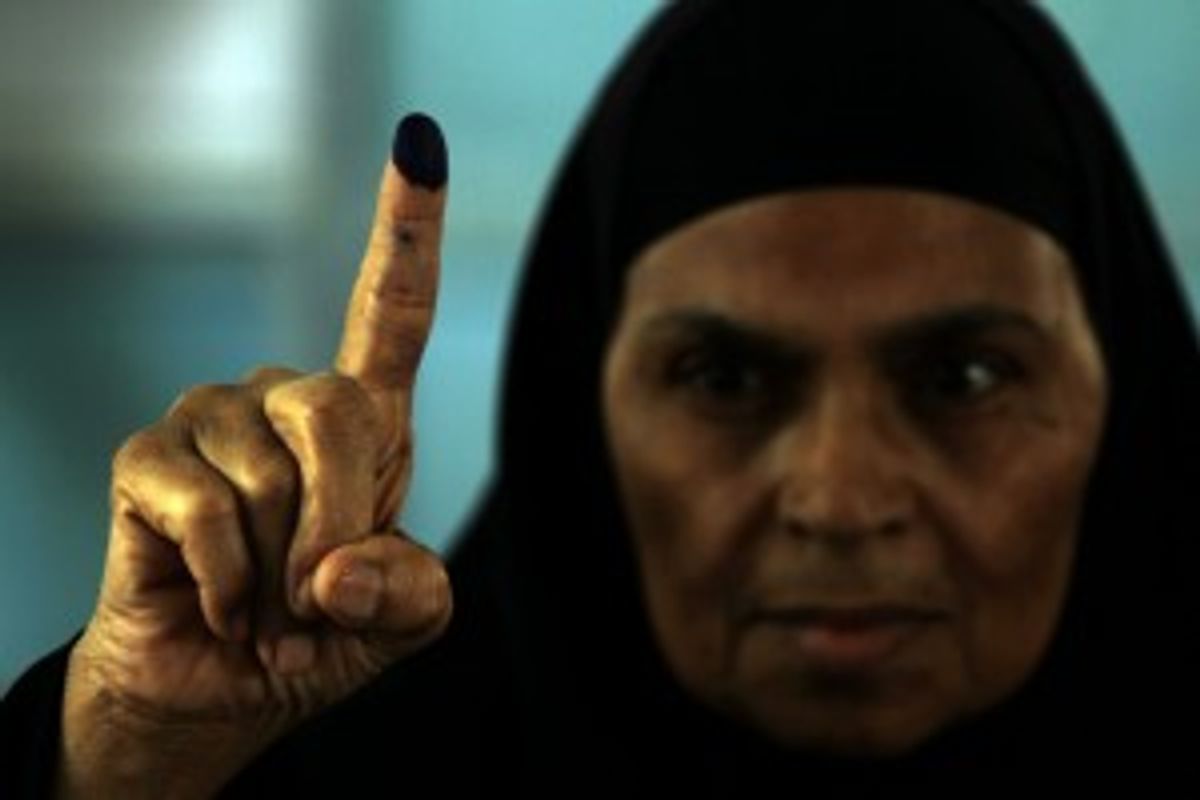 An Egyptian woman shows the ink on her finger after voting in an historic presidential election Wednesday, May 23, 2012, outside a polling station in Cairo, Egypt. (AP Photo/Hasan Jamali)
--

The Muslim Brotherhood, citing preliminary results, said Morsi has taken about 52 percent of the vote, reportedly pushing him ahead of rival Ahmed Shafiq by an extremely small margin of some four percentage points, according to the Associated Press.

The final runoff vote for president was held over June 16-17, with the official winner set to be announced on Thursday.

Meanwhile, SCAF's new amendments to the constitutional declaration, a powerful document that has served as a kind of interim constitution following the ousting of former president Hosni Mubarak by popular protest in February, grant the generals sweeping powers.

The amendments, issued late Sunday and available in Arabic here as well as in English here, give the generals full legislative power after a Supreme Court ruling on Thursday dissolved parliament over voting violations.

They further state that SCAF will retain full control of the military.

The amendments also said SCAF will appoint a new panel to draft a constitution if a sufficient assembly is not formed within a week. The proposed constitution will then face a popular referendum within a stated timeline, after which parliamentary elections are to be held.

However, even after the public weighs in on the constitution, the president, SCAF, prime minister or judiciary can ask for revisions if they "find that the new constitution contains an article or more which conflict with the revolution's goals and its main principles or which conflict with any principal agreed upon in all of Egypt's former constitutions," according to a translation of the amendment provided by Ahram Online.

The move is likely to add to widespread concern that SCAF is trying to cling to power after taking control following Mubarak's overthrow.