GOP takes a pass on immigration

The expected GOP backlash to Obama's immigration decision has failed to materialize. Here's why 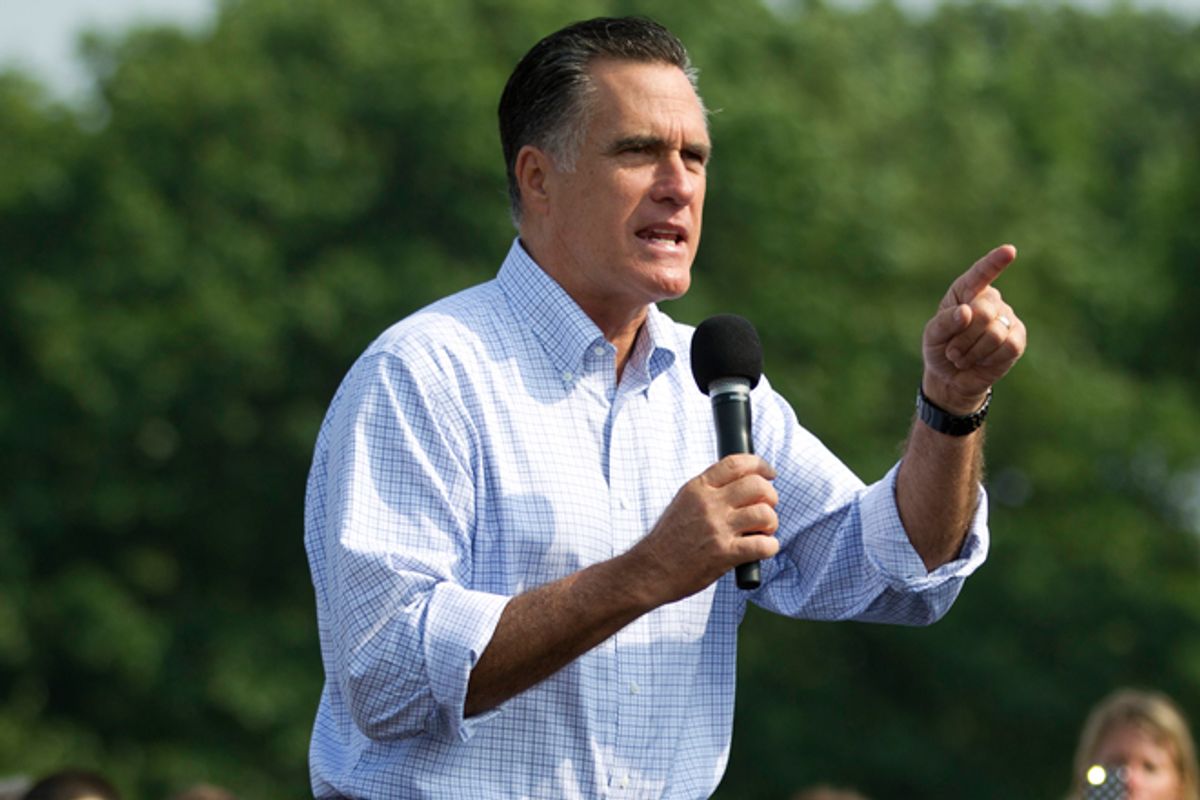 Though it’s only been a few days, the response from Republican leaders to President Obama’s landmark immigration policy announcement has been surprisingly mild. There’s been little of the vitriol so common during the 2006 debate over immigration reform, with most conservative leaders focusing their complaints on the process, and not the actual policy giving undocumented students temporary legal status. It’s starting to look like the aftermath of the immigration decision will follow a similar trajectory to Obama’s earlier announcement supporting marriage equality, another dramatic shift on a hot-button social issue that failed to generate the intense and vitriolic opposition many feared.

Leading the GOP’s tepid response is the party’s nominal leader,  Mitt Romney, who utterly failed to give a coherent rebuttal yesterday on on CBS’ "Face the Nation." During the GOP primary, Romney had repeatedly vowed to veto the Dream Act, which would put in place legislatively what Obama did administratively, but asked five times by host Bob Schieffer if he would repeal Obama’s new policy, Romney refused to answer. Obama essentially adopted Florida Sen. Marco Rubio’s proposed immigration compromise, which Romney made noises about supporting, so he was left with no good option: He can’t praise Obama, but he can’t slam the new policy too hard and risk looking like he hates Latinos.

Bill Kristol, the conservative stalwart editor of the Weekly Standard, outright praised Obama’s move on Fox News Sunday yesterday. “I think it’s a sensible policy,” Kristol said. While he would have preferred for the change to have gone through Congress, and said Obama is pushing the “edges of the limits of prosecutorial discretion,” Krisol nonetheless called the deportation ruling “the right thing to do.”

Meanwhile, House Republicans canceled a press conference scheduled for this afternoon to respond to the ruling. They gave no reason why.

This is not to say that there hasn’t been any nativist sentiment, but it’s mostly come from the fringes. Rep. Steve King, R-Iowa, who has a penchant for comparing immigrants to dogs, vowed to sue the administration over the rule change, while conservative shock jock Rush Limbaugh said Obama’s “amnesty” plan amounted to “Catch, Release, Vote,” as if he people affected by decision can vote (they cannot). Rep. Allen West, R-Fla., hit Romney for being too soft on the issue, telling conservative radio host Laura Ingraham this morning, “I felt dejected. A man must stand for something or fall for anything.” Maricopa County Sheriff Joe Arpaio -- who is in hot water today for arrested a 6-year-old girl on immigration charges -- was almost immediately on CNN slamming the decision Friday

But this has been the minority opinion in the party and not the company line. And it’s come from voices who make their careers on spewing outlandish and hateful rhetoric, so their stances should come as no surprise. These types of arguments were much more prominent during the heated debate over comprehensive immigration reform six years ago, when Lou Dobbs set the GOP’s anti-immigration agenda nightly from his perch on cable news and former congressman Tom Tancredo agitated from inside Congress.

Today, even the most vocal critics of the rule change for the most part have focused exclusively on the process, not the policy, and have been very careful to avoid saying anything negative about immigrants themselves. Former Attorney General Alberto Gonzales told the Faith & Freedom Coalition Conference in D.C. Saturday that the move “subjects [Obama] to criticism that he is violating his oath of office by selectively failing to enforce the law.” He was quick to add, “I agree [with] providing help to qualified children of immigrants.” He also advised Romney to back off some of his hard-line immigration policies. "You run the risk that you're going to be viewed as a flip-flopper,” he told the Huffington Post’s Elise Foley of a potential Romney shift, “but I'd rather be right on the policy and accused as a flip-flopper than continue to be wrong on the policy."

Former Mississippi Gov. Haley Barbour also criticized Romney’s harsh immigration stance Friday morning, telling the Christian Science Monitor breakfast, “I would just have a different policy from what he has espoused ... We need to recognize we are not going to deport 12 million people and ... we shouldn’t,” he said.

A new Gallup poll underscores why. Obama’s decision “comes at a time when Americans' views toward immigration are much more positive than they have been in recent years,” with 66 percent agreeing immigration is a “good thing.” That’s up 7 points from just last year.

Indeed, Republicans seem to realize this is a political loser for them and they have no good arguments with which to respond. Team Obama was well aware they were stoking the nativist voices in the GOP with the ruling (they may have even secretly hoped for it), and so Romney and other conservative leaders are eager to tamp it down and avoid playing into the narrative that Republicans hate immigrants or Latinos. Romney painted himself into a corner during the primary on immigration with his veer to the right, and has been spending the last few months trying to subtly extricate himself. So the less he has to talk about immigration and draw attention to his own position, the better.

Meanwhile, both the gay marriage and immigration announcements show the political benefits of controlling the White House. In contrast to the long, drawn-out battles in Congress, these came suddenly and unexpectedly, giving the opposition no time to marshal their forces and strategize about a response. With the absence of an organized campaign to foment and organize the opposition, these reforms can go forward unencumbered, and maybe even change minds in the process.